Facebook is under fire after giving a US teenager’s private messages to police, leading to her mother being charged over the girl’s ‘illegal’ abortion.

At a time when the issue of terminations has opened up a highly charged political chasm across America, women are being urged to delete Facebook over privacy fears.

Meta, the social media site’s parent company, said it complied with a police warrant when it handed over scores of messages between Nebraska mother Jessica Burgess and her then 17-year-old daughter, Celeste.

The pair were under investigation over what was said to be the burial of a stillborn, with Celeste saying she gave birth in the shower before they placed the foetus in a box, burned it and buried it.

She was 23 weeks’ pregnant at the time, in a state that allows terminations only up to 20 weeks.

Both mother and daughter were charged in April with concealing or abandoning a corpse and two lesser crimes.

But last month, when the Facebook conversations were reviewed by detectives, Mrs Burgess, 41, was also charged with illegally obtaining and giving abortion pills to her daughter. 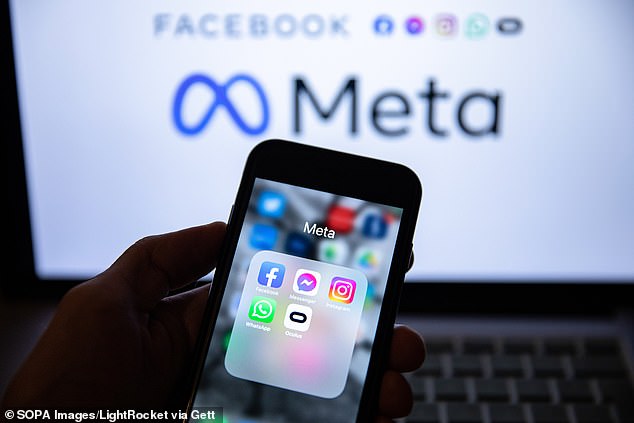 Facebook is under fire after giving a US teenager’s private messages to police, leading to her mother being charged over the girl’s ‘illegal’ abortion

The pair had discussed on Facebook’s Messenger function how Celeste could use medication to induce an abortion and how they could dispose of the foetus.

The teenager reportedly said she couldn’t wait to get the ‘thing’ out of her body before a ‘friend’ tipped police off that she had seen Celeste take the first abortion pill, allegedly procured by her mother.

Both women denied the charges when they appeared in court last week. Now 18, Celeste is being tried as an adult.

Court documents show Facebook turned over the chats to Nebraska police after it was served with a warrant.

It comes nearly two months after a Supreme Court decision to overturn the landmark Roe v Wade case, effectively stripping millions of American women of their constitutional right to an abortion.

Pro-choice and privacy campaigners had previously warned that tech giants would be forced to turn over information if more states introduced tougher abortion laws. 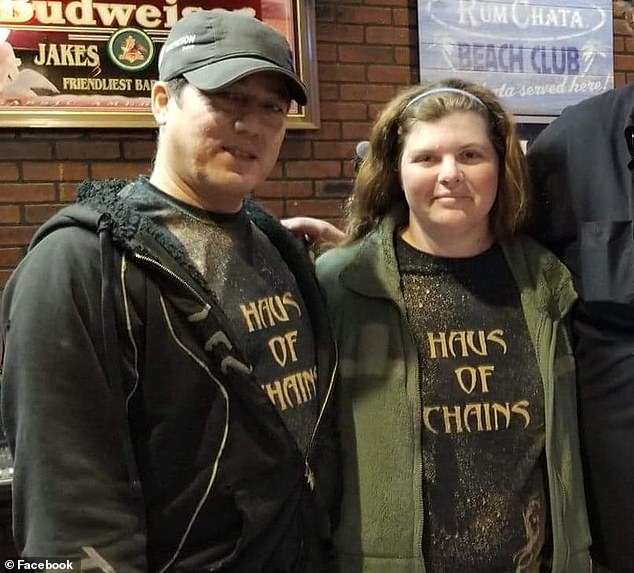 Meta, the social media site’s parent company, said it complied with a police warrant when it handed over scores of messages between Nebraska mother Jessica Burgess (right) and her then 17-year-old daughter, Celeste

Facebook users were urged to wipe their accounts for good, with the slogan #DeleteFacebook gaining traction online.

International rights organisation the Global Justice Centre said: ‘Abortion rights supporters have long warned about the destructive power of mass surveillance in the hands of the anti-abortion movement. Now, we’re seeing what that could look like.’

Meta – whose president of global affairs is former deputy PM Nick Clegg – hit back, saying it was its policy to comply with government requests when ‘the law requires us to do so’.

‘Nothing in the valid warrants we received from local law enforcement in early June, prior to the Supreme Court decision, mentioned abortion,’ it said.

‘The warrants concerned charges related to a criminal investigation and court documents indicate that police at the time were investigating the case of a stillborn baby who was burned and buried. 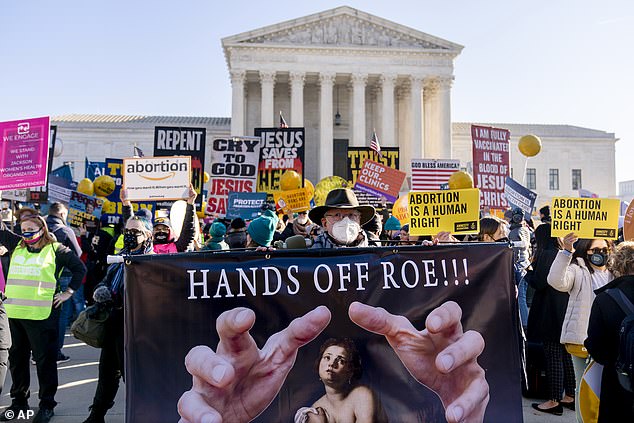 It comes nearly two months after a Supreme Court decision to overturn the landmark Roe v Wade case, effectively stripping millions of American women of their constitutional right to an abortion

‘Both of these warrants were originally accompanied by non-disclosure orders, which prevented us from sharing any information about them. The orders have now been lifted.’

Jake Laperruque, of the Centre for Democracy and Technology, a privacy rights group, said social media giants will face more pressure as more states prosecute abortion-related crimes. ‘This is going to keep happening,’ he added.

‘If companies don’t want to end up repeatedly handing over data for abortion investigations, they need to rethink their practices on data collection, storage and encryption.’

WhatsApp, also owned by Meta, has end-to-end encryption, which means the company cannot access them.

But the Facebook platform does not offer that level of privacy as a default, meaning most messages are stored on its servers.

The Nevada abortion case is not the first time Meta has been criticised over its response to requests for data.

The parents of London schoolgirl Molly Russell pleaded with the social media giant to grant them access to private accounts as part of the inquest into the teenager’s death.

The 14-year-old took her own life in November 2017 after seeing graphic images of self-harm and suicide on photo and video-sharing platform Instagram, which is owned by Meta.

A coroner had to order the California-based firm to release the data in February after it refused the family’s request. Meta said it had provided 12,000 pieces of content to the court a month later, with its lawyers saying they were working at ‘great speed’. 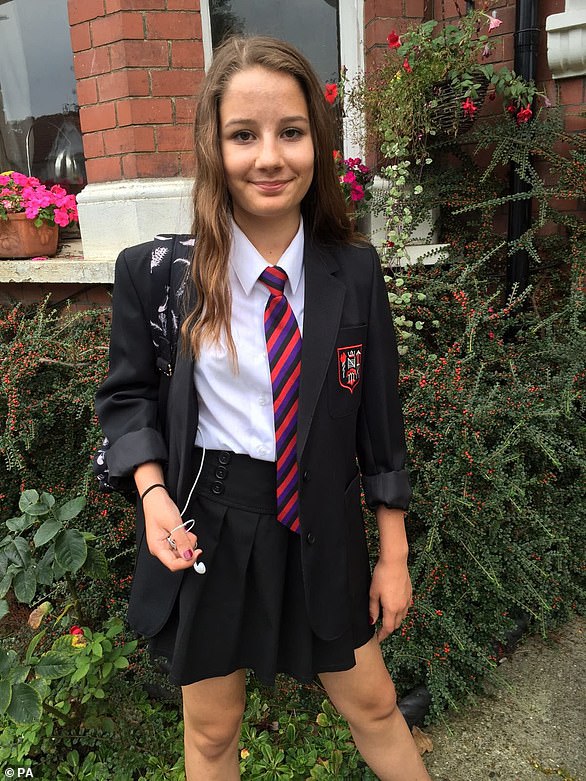 The company had previously claimed it did not hold data on the algorithms and the sort of content that was promoted to Molly’s account before her death. Molly’s father Ian Russell said he wanted to review all the content she had interacted with before giving his witness statement to the inquiry.

The family’s lawyers blame Meta for unnecessary delays and the inquest has been adjourned until next month.

And Molly’s parents are not the only ones to have taken the firm to task in a bid to seek answers about their child’s death. In July 2018, a German court ordered Facebook to hand over a girl’s account to her parents so they could determine whether her death was suicide.

The 15-year-old was hit by a train in 2012 but the company rejected the couple’s repeated requests to access their daughter’s profile and look for clues about how she died, citing privacy concerns.

Authorities in Brazil went a step further in 2016 when Facebook failed to hand over data. Police arrested the vice-president of Facebook for Latin America after the social media giant refused access to information as part of a probe into drugs and organised crime.