We’re coming up on a week since anyone has seen Kiely Rodni.

As you may have heard, the 16-year-old girl disappeared after a party late Friday night. She attended the gathering of a reported 200+ teens near the Prosser Family Campground in Truckee, California until the wee hours of Saturday morning, August 6. Then she and her SUV just… vanished.

The search continues, ever-widening in its area. Dogs, boats, helicopters, no one has been able to find a trace of her. Dive teams have already begun searching the nearby Prosser Creek Reservoir, near Lake Tahoe. In a joint statement, Placer County and Nevada County sheriffs (the town is very close to the border and to Reno) announced they have 265 people on the case. Hundreds of tips have come in already.

But as law enforcement continue to cover more ground, they’re also looking for any information about her final moments that might help. 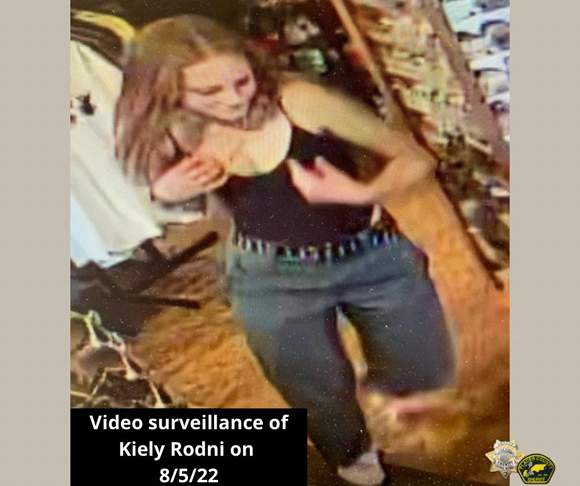 Those closest to Kiely are sharing any memories they can. Her boyfriend, Jagger Westfall, spoke to Fox40 on Wednesday, sharing all the details of their final conversation.

He says they texted before she left for the big party in the woods, and he messaged her with casual concern:

He continued to text her while she was at the party, just venting about his day. Eventually she wrote back, he says:

“Then at 10:30, she responded to what I was saying, and just said, ‘Oh, I’m sorry that you’re going through that.’ And that was the last time I heard from her.”

That must be devastating.

Kiely’s friend Kate Cuno also shared with the outlet that they had just been together that day:

“The day of the party, I hung out with her. We made crème brûlée. Everything was normal. I don’t think she ran away or anything.”

She said they’d hung out the previous day, too — spending Thursday in Reno. Jagger said it was a place where they spent a lot of alone time. He, Kate, and another friend got proactive, searching for Kiely in the Nevada tourist city on their own. Still nothing…

However, Jagger is keeping positive, telling the outlet:

We sure hope he’s right.