Channel 4 staff facing the axe left furious as boss poses in Cartier ring and a £50,000 watch for Vogue amid privatisation uncertainty

Channel 4 boss Alex Mahon has triggered fury by appearing in a Vogue photoshoot wearing a Cartier ring and a £50,000 watch amid the threat of job cuts at the station.

While staffing levels at the network remain uncertain because of its proposed privatisation, the chief executive has been pictured in the magazine wearing designer clothes and expensive jewellery.

Ms Mahon, who was paid £1.2 million last year, is included in the magazine’s August edition in a feature on the 25 most influential women of the year. 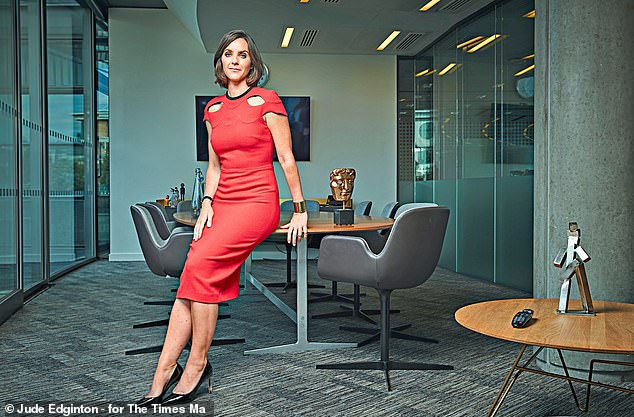 Alex Mahon has triggered fury by appearing in a Vogue photoshoot wearing a Cartier ring and a £50,000 watch despite staff suffering job uncertainty

Wearing a burnt orange dress by Victoria Beckham in the pictures, the mother of four sported a gold-and-diamond Cartier ring and a £50,800 Audemars Piguet watch.

The outfit and accessories were provided by Vogue, but some of Ms Mahon’s employees accused her of hypocrisy because she said in an accompanying interview that her mission was ‘to challenge the status quo’, adding that Channel 4 spoke up for ‘the under-represented’.

One staff member told The Mail on Sunday: ‘How can she say that Channel 4 is there to speak up for the under-represented when she is wearing a £50,000 watch and thousands of pounds of jewellery, all with a Victoria Beckham dress?

‘She may not have owned them, but it is hardly the right optics.

‘People are going to lose their jobs and there she is parading around in clothes and jewellery which those who are under-represented could only dream of wearing.’

Ms Mahon, 48, has previous form when it comes to expensive jewellery. In June last year, she wore a diamond necklace worth nearly £50,000 by Chelsea-based designer Jessica McCormack while she was quizzed by MPs about the ‘obscene’ salaries the broadcaster paid its senior staff. 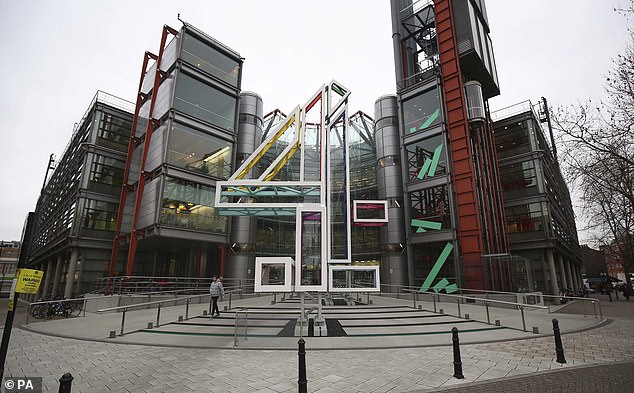 As well as her salary from Channel 4, Ms Mahon is a non-executive board member at fashion house Chanel.

In April, the Government announced that it wanted to privatise Channel 4, which broadcasts programmes such as Gogglebox and Countdown. Culture Secretary Nadine Dorries has said that Government ownership is holding it back.

Explaining the reason for Ms Mahon taking part in the photoshoot, a spokesman for Channel 4 said: ‘As chief executive, Alex successfully led Channel 4 through the pandemic, delivered record-breaking results and launched world-leading menopause, child-loss and carer initiatives for staff.

‘All the participants were costumed and styled by Vogue, which is standard practice.’