A Christian teacher who was jailed following his refusal to use gender-neutral pronouns has been told that he will remain behind bars over Christmas.

Enoch Burke was jailed in September after refusing to obey a court order to stay away from Wilson’s Hospital School in County Westmeath, Ireland, a school he is employed at.

His school told him to stay away in August after he was suspended on full pay for refusing to address a transitioning student as ‘they’ rather than ‘he,’ citing his devout Christian beliefs, which he maintained are against ‘transgenderism’.

But Mr Burke ignored the order and continued to attend school, leading to his arrest.

Mr Burke pleaded with the judge over video link today from Mountjoy Prison, Dublin, to let him out for the festive period. 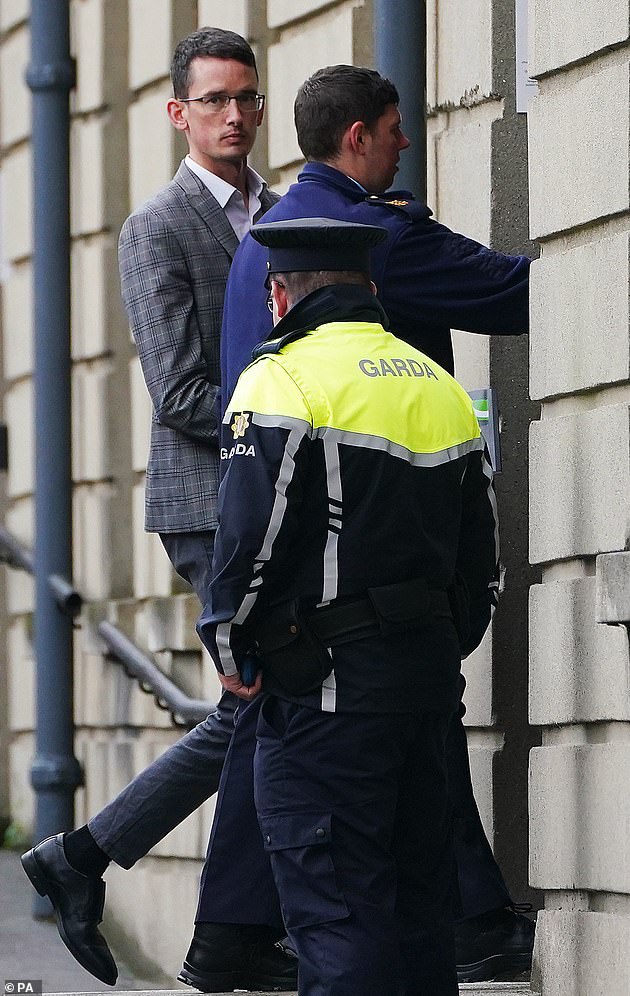 Enoch Burke, an Christian teacher, has been told that she will spend Christmas behind bars after he refused to comply with an injunction that forbade him to teach at his Irish school. Pictured: Mr Burke arriving at the High Court in Dublin on September 7

He told Mr Justice Conor Digham he was ‘not a thief, a murderer or a drug dealer’ and that he was being imprisoned because of his Christian beliefs.

But the judge refused to release Mr Burke as he was not willing to comply with the court order.

However, Mr Burke can be released at any point so long as he purges his contempt before the court.

He told the court that he would not do so as this would be reneging on his duty to God and his core Christian beliefs.

He again pleaded with the court that he was ‘not a criminal’ and asked them to ‘free me for Christmas’.

‘I am in prison for my religious beliefs’, he told the court. 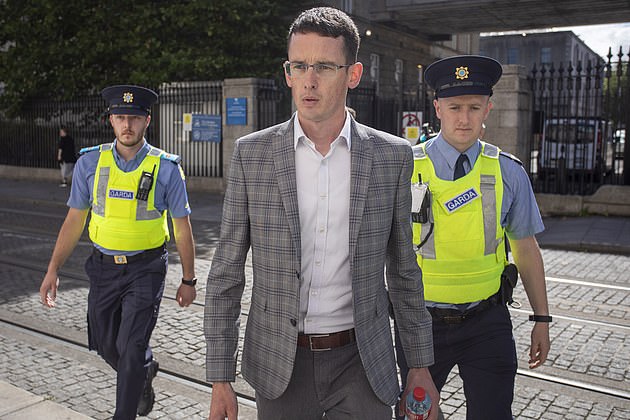 Enoch Burke (pictured on September 5 being brought into the Bridewell Garda station in Garda custody) was arrested in September for breaching a court order not to teach at his Westmeath school, or be physically present there 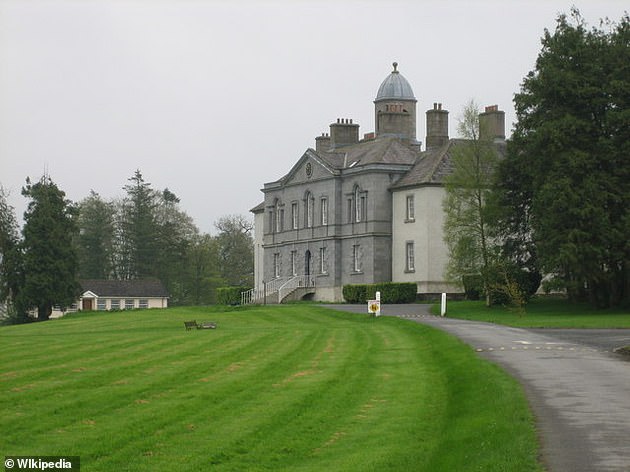 Mr Burke, who teaches History and German, was suspended from Wilson’s Hospital School in Co Westmeath (pictured) for refusing to address a transitioning student as ‘they’ rather than ‘he’

Mr Burke’s parents Sean and Martina were left in fury over their sons imprisonment.

Present in the court, Sean Burke said his son was not a criminal but had simply been brought up in a Christian family.

He added that his son was being wrongly persecuted over his objection to ‘transgenderism’ that was founded on the bible ‘from the book of Genesis to Revelations’.

Mr Burke’s mother Martina told the court ‘shame upon you’ and that they will face judgment from ‘God Almighty’.

Martina Burke also told the court that the case was ‘all about transgenderism’ and that her son was being denied his constitutional right to express his Christian beliefs.

The judge said he refused to enter into a debate with Mr Burke’s parents.

Enoch Burke also said he was denied the chance to speak with his legal council, who is his sister Ammi Burke.

He also demanded to know why the court had refused to see him in person, instead being forced to appear by video link.

Mr Burke has been behind bars since September this year after not complying with the court injunction from Ireland’s High Court. 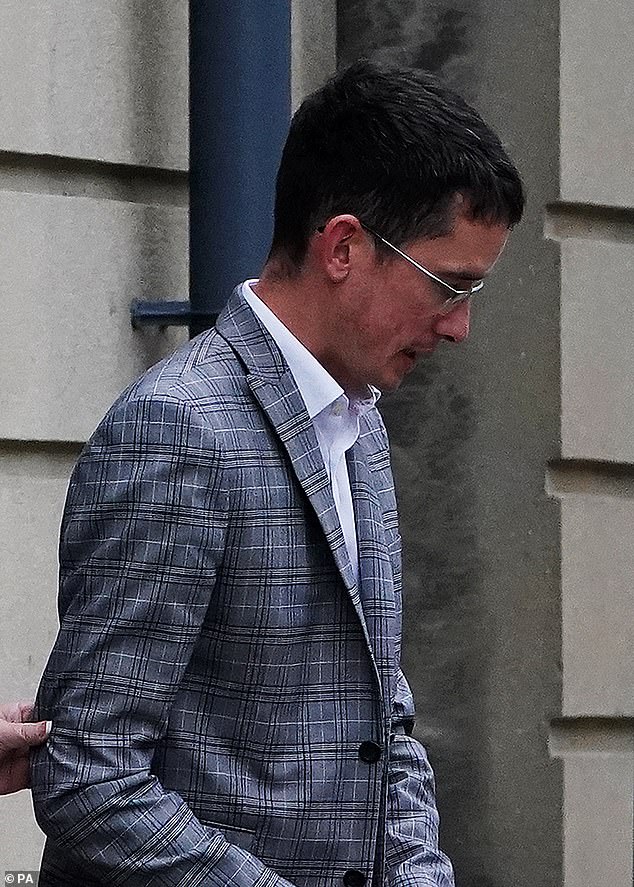 He will now face a hearing at the High Court at a later date, which is yet to be confirmed. He will remain in custody until then unless he agrees to abide by the order to stay away from the school.

In his previous appearance before the court in September, Mr Burch recalled his criticism of his school’s edict on using the pronoun ‘they’.

He said he raised his issue at a chapel service in June 2022: ‘I said that this was opposed to scripture and the teachings of all churches. My views on transgenderism are based on my religious beliefs.

‘The suspension and the action taken against me by the school is unreasonable, unfair, unjust and unlawful. Freedom of conscience and freedom of religion is enshrined within the Irish constitution.’

Rosemary Mallon, who represented the school before the court in September, told the court that Mr Burke only had himself to blame for being in prison and that if he had been successful in getting his suspension overturned, he would ‘return to the classroom.’

She also insisted that Mr Burke being locked up was not because of his views on ‘transgenderism’ but because he violated a court order.

Ms Mallon said: ‘The fact that he’s in prison is a matter for Mr Burke.

‘That would be of grave concern to the school and would cause disruption to the students. There should be no further disruption.’ 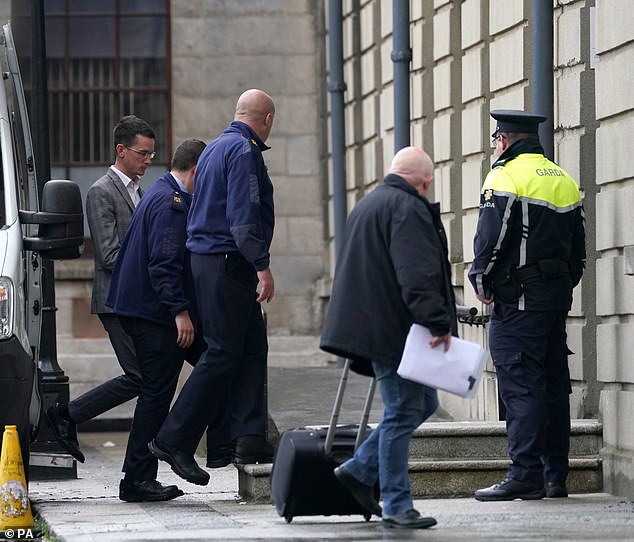 Enoch Burch told the court: ‘It seems to me that I can be a Christian in Mountjoy Prison or be a pagan and respecter of transgenderism outside of it. I know where I belong. He is pictured arriving in court on 7 September, 2022

After refusing to purge his contempt for the court in September, Mr Burke said: ‘If this court so determines, I will never leave Mountjoy Prison if in leaving the prison I violate my well informed conscience and religious belief and deny my God.

‘It seems to me that I can be a Christian in Mountjoy Prison or be a pagan and respecter of transgenderism outside of it. I know where I belong.

‘My faith has led me to that place and will keep me there, God helping me.’

He told the court that if that choice was put to him ‘every hour of every day for next 100 years’, he would answer the question the same.

Mr Burke added: ‘This court is seeking to deprive me of my religious beliefs.’

He also claimed there was an ‘unlawful attempt’ to persecute him for stating his opposition to ‘transgenderism’, and that the court was depriving him of his liberty and dignity.

He added: ‘I have had much time to consider my actions and behaviour that brought me to that place and far from finding any instances of misconduct, let alone gross misconduct, I only found my actions to be commendable and that I had the courage to respond to the principal telling her that transgender was an abuse of children and a breach of my constitutional rights to free expression of religious beliefs.’