Christmas turkey prices have rocketed to a third higher than last year amid a shortage due to avian flu – with warnings some families will be left without festive birds on the big day.

Frozen turkey prices are up to 32 per cent more than last year at eight of the UK’s main supermarkets, data compiled by Assosia for The Grocer magazine shows.

Fresh turkey prices are set nearer to Christmas, but butchers say suppliers are already charging them up to 30 per cent more than last year.

Assosia compared 66 frozen turkeys sold at Tesco, Sainsbury’s, Asda and Morrisons, as well as Aldi, Lidl, Waitrose and Iceland. The vast majority – 50 – cost at least ten per cent more than a year ago. 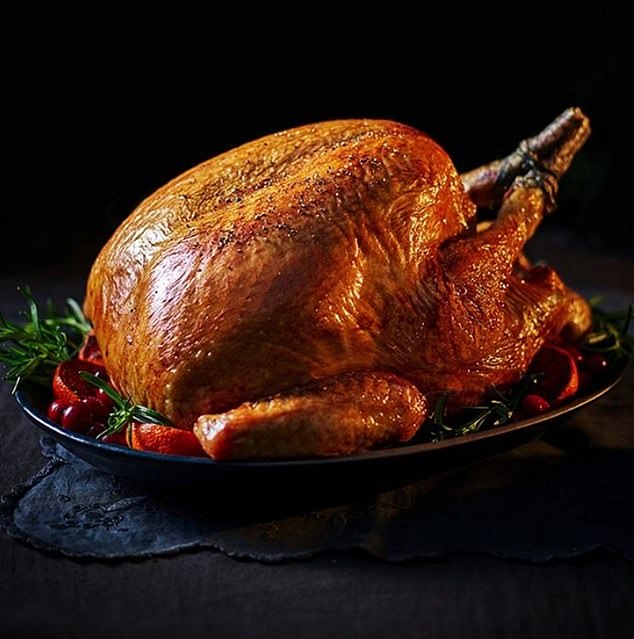 A five-kilo butcher’s fresh turkey in London will cost around £75. Shortages are driving up prices. One in three free-range turkeys bred for Christmas have died or been culled in Britain’s worst-ever bird flu outbreak, the British Poultry Council said.

But over two million poultry birds – including many chickens – have been destroyed in the last month alone, with the flu increasing its spread. Trade publication The Grocer said: ‘Frozen turkeys will be significantly more expensive this Christmas, amid mounting concerns over supplies due to the impact of avian flu.’

Peter Frankland, owner of PJ Frankland family butcher in Wandsworth, South London, said: ‘I’ve been a butcher for 56 years and I’ve never been this worried about a turkey shortage.

‘Turkeys are costing me around 30 per cent more than last year. I’ve had to increase my prices by around 15 per cent as a result.’

Professor Joshua Bamfield, director of the Centre for Retail Research, said: ‘There will be families who find there isn’t a turkey for them this Christmas. There is a very serious supply problem.’

Farming sources said turkey retail prices are set by shops rather than farmers, but acknowledged producers are being hit by increased production costs.

National Farmers’ Union poultry board chairman James Mottershead said: ‘The poultry sector is suffering from the ongoing threat of avian influenza. We are also working against soaring energy and input costs.’