Washington: Embattled Republican Kevin McCarthy offered a fresh raft of trade-offs to the far-right rebels blocking his attempt to become US House Speaker, but faced yet another humiliating defeat as Congress entered its third day of paralysis.

After losing six ballots to become Speaker, McCarthy and his allies spent hours privately negotiating to give hardline conservatives more influence in the party, including a potential deal that could further weaken his leadership in the new Congress. 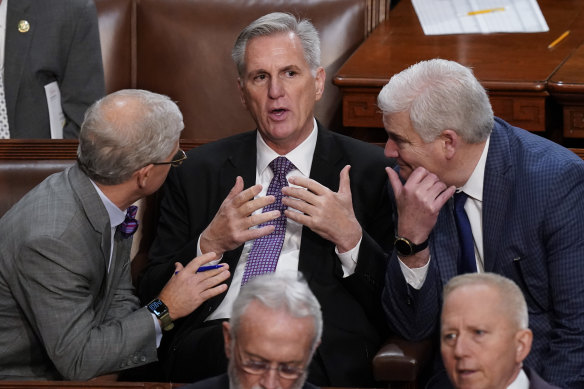 In the end, however, it was still not enough to get the votes he needed in the seventh and latest ballot, where fellow Republican Byron Donalds was once again nominated as an alternative Speaker, and one “Never Kevin” faction member, Matt Gaetz, cast his vote for Donald Trump.

One of the concessions being negotiated in order to break the stalemate involves allowing a single member of the House to force a snap vote that could oust a person from the speakership at any time – something that McCarthy had previously viewed as “red line” that he was not prepared to cross.

Another involves bringing a vote on a bill imposing term limits on members of Congress. And a third concession would give members of the ultraconservative Freedom Caucus more seats on the powerful House Rules Committee, allowing them to assert greater influence over amendments that can be considered – or blocked – in the chamber.

While final deals have not been reached, the proposed trade-offs have angered some Republicans and Democrats, who have warned about the dangers of continuing to give in to the demands of the hard right factions who critics claim are holding Congress hostage.

“It is ludicrous that this group of people who have cheered on insurrectionists, who have embraced racist and bigoted legislation are going to be calling the shots,” said Democrat congressman Jim McGovern, the outgoing chair of the House Rules Committee.

“Kevin McCarthy ought to have the spine to stand up to them. The speaker’s job is not worth having if he needs to check with them every time he wants to move a bill to the floor.” 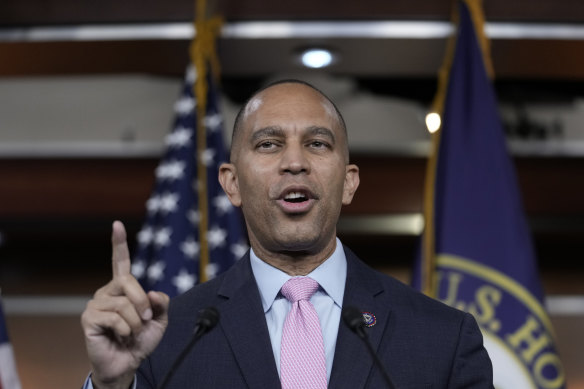 And Democrat leader Hakeem Jeffries, who replaced Nancy Pelosi as the leader of his party in the House, warned that there could be national security risks if the stalemate in Congress dragged on.

Until a Speaker is elected, there are no formally sworn in members to respond to a crisis, there are no rules and processes to pass legislation, and there are no committees to conduct oversight of the government or receive national security briefings from intelligence agencies.

“This is a dangerous moment for Americans and for the world,” Jeffries said at a press conference ahead of the vote. “At the end of the day, all we are asking Republicans to do is to figure out a way for themselves to organise so the Congress can get together and do the business of the American people.”

The seventh ballot for the Speakership began shortly after midday on Thursday, with McCarthy needing to flip at least some of the 20 people who opposed him in earlier voting rounds. However, of that 20, about five members are part of an anti-McCarthy group who are unlikely to move regardless of what the California Republican offers them.

In a sign of this ongoing resistance, Matt Gaetz nominated “Donald John Trump” for speaker of the house when he cast his vote – one day after Trump urged Republicans to vote for McCarthy.

This came after Colorado Republican Lauren Boebert resisted Trump on Wednesday, telling the House: “Even having my favourite president call us and tell us we need to knock this off – I think it actually needs to be reversed. The president needs to tell Kevin McCarthy that: Sir, you do not have the votes, and it’s time to withdraw.”

Fellow Republican Byron Donalds was nominated as an alternative speaker, and ended up securing enough votes to once again ensure that McCarthy could not win the gavel.