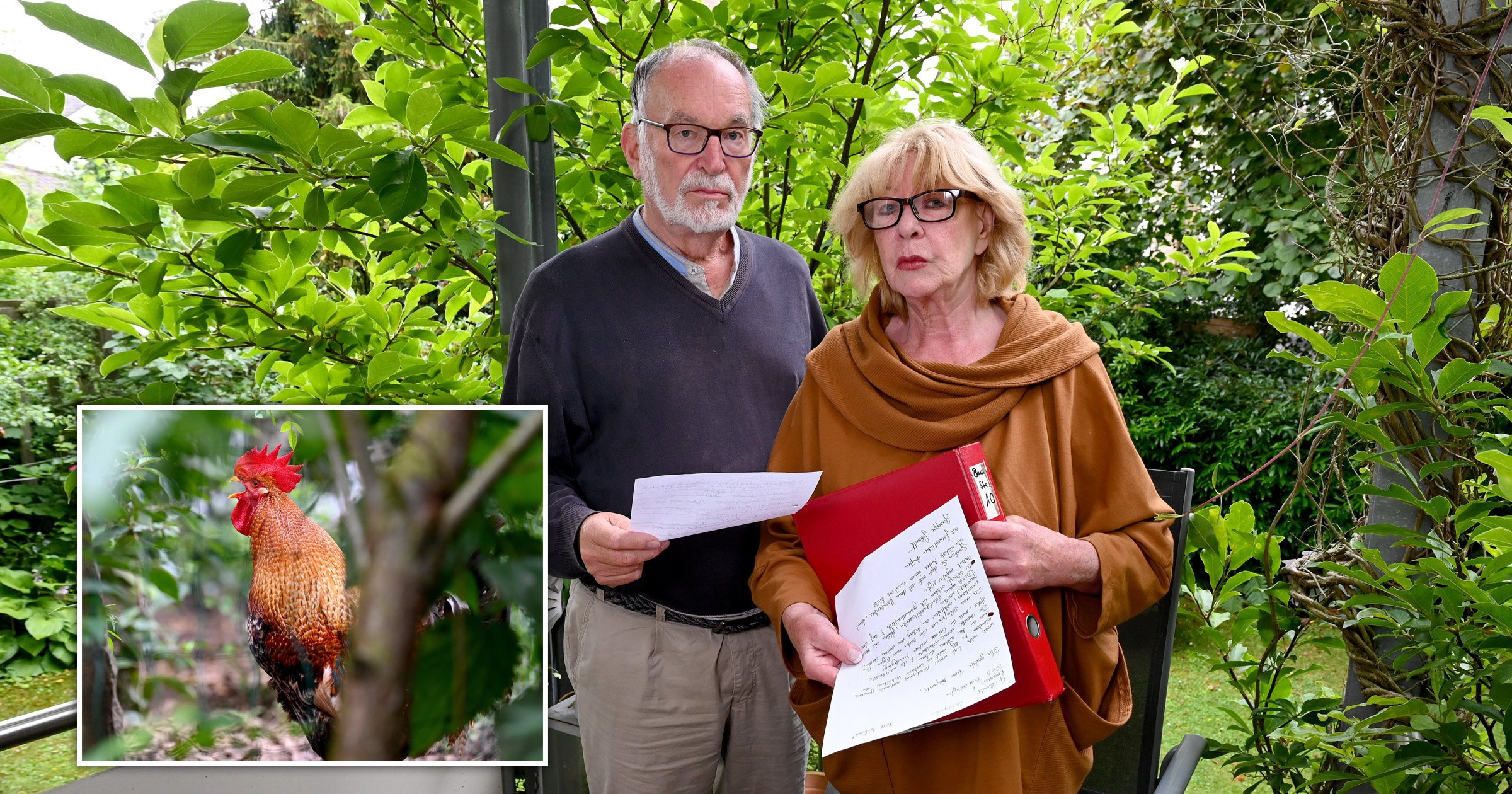 A couple are desperate to get their next-door neighbour’s chicken to cluck off after it has made their lives ‘torture’.

Friedrich-Wilhelm K., 76, and his wife Jutta, have got their feathers in a ruffle after hearing the annoying rooster incessantly squawking up to 200 times a day.

They’ve now decided to take its owner to court to get rid of the crowing chicken, which is called Magda.

Friedrich-Wilhelm, who lives in Bad Salzuflen in Germany, told local media: ‘He doesn’t start until 8am because he is locked up at night but then he crows 100 to 200 times throughout the day.

‘We can’t use the garden and we can’t open any windows, it’s unbearable.

‘We really did a lot of tests. Our kids tried, our neighbours tried.

‘The neighbour doesn’t give up his rooster and we have to either live with that, or we have to win in court.’

Jutta added: ‘It’s hard to talk about torture, but that’s what it’s like.’

Not too chicken to complain, the couple have started recording a daily log of the noise in their bid to get the rooster removed.

Friedrich-Wilhelm claimed another neighbour actually moved away because he was so fed up with the noise – but he will not be driven to do the same.

The bird crows at an intensity of 80 decibels, which is the same level as a heavy street of traffic or a busy restaurant.

This is also only slightly lower than a welder, which wings in at up to 95 decibels.

But the bird’s owner, Michael, claimed Magda is essential to their garden, adding: ‘The hens need the rooster, otherwise they would pluck each other.’

The case is due to be heard in court shortly.