Inflation rose at a slower rate again in the final month of 2022, a welcome downtrend in consumer prices after the Federal Reserve raised interest rates to the highest level in 15 years.

The Consumer Price Index (CPI) for December showed a 6.5% rise in prices over last year and a 0.1% decrease over the prior month, government data showed Thursday, on par with consensus estimates compiled by Bloomberg.

On a "core" basis, which strips out the volatile food and energy components of the report, prices climbed 5.7% year-over-year and 0.3% over the prior month. The core CPI reading were also in-line with forecasts.

Policymakers monitor "core" inflation closely due to its nuanced look at key inputs like housing, while the headline CPI figure has moved largely in tandem with volatile energy prices over the last year.

Even as price pressures eased from the 9.1% peak of the current inflation cycle, last month's reading marked the second-hottest December CPI print since 1981, topped only by 7.1% in December 2021.

Housing prices continued to be the dominant factor in the CPI report, while other components saw a mix of increases and declines, the Bureau of Labor Statistics said.

The shelter category of CPI — which accounts for 30% of overall CPI and 40% of the core reading — increased 0.8% over the month and 7.5% over the last year, comprising more than half of the total core CPI increase.

A sharp drop in gas prices was the main contributor to last month's decrease in the monthly reading, more than offsetting increases in housing costs, the BLS said. Prices at the pump plunged 9.4% across December after a 2% jump in November.

Food prices increased 0.3% last month, down slightly from November's 0.5% increase, while the cost of food at home rose 0.2%.

"Despite the headline and core results meeting expectations, the broad-based improvement that needs to be seen to get inflation truly under control is still lacking," Bankrate chief financial analyst Greg McBride said in emailed comments. "In addition to shelter, plenty of other necessities increased at an outsized pace last month – food, apparel, vehicle insurance, and household furnishings and operations.” 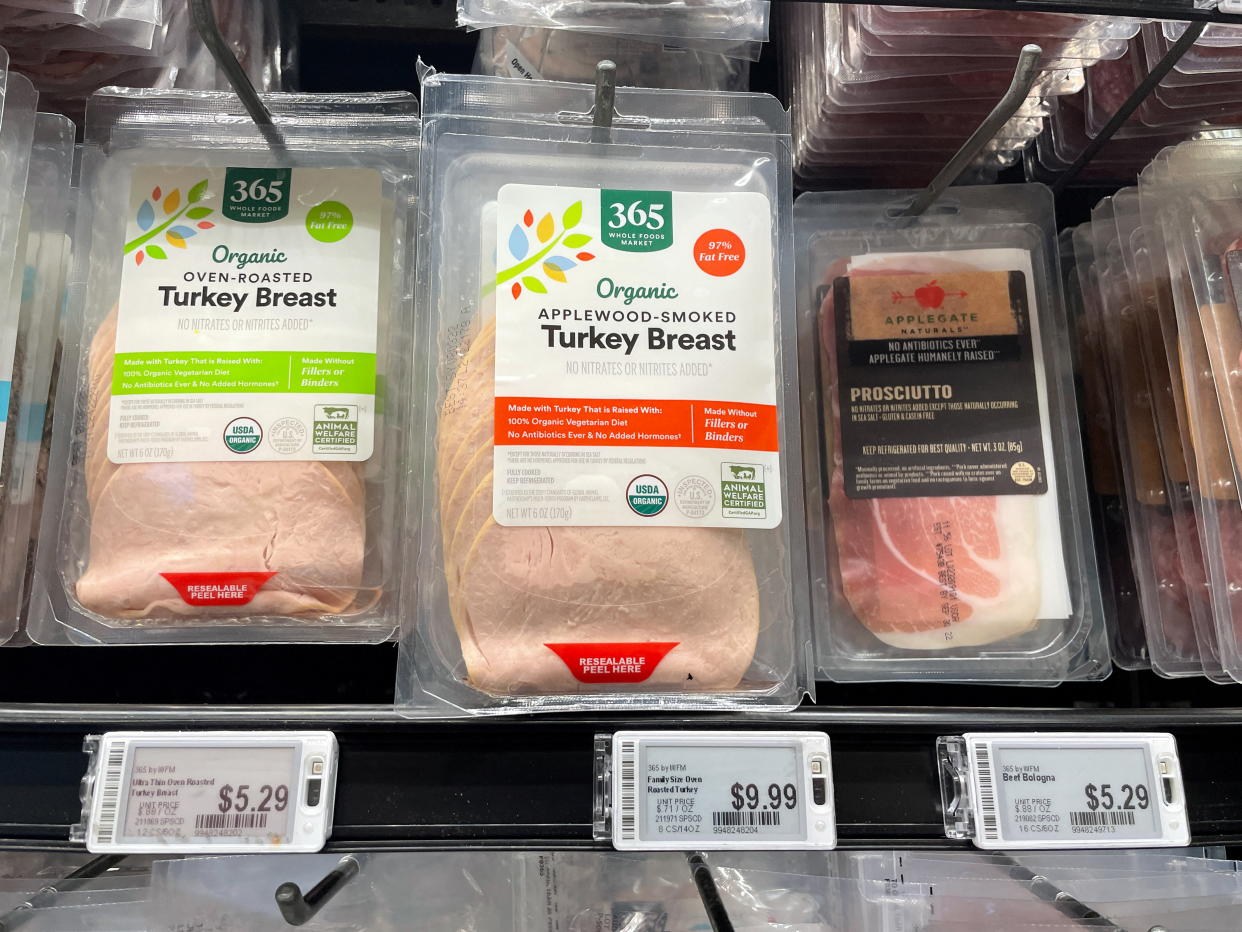 Thursday morning's report is likely to dictate bets on whether the Federal Reserve raises interest rates by 0.25% or 0.50% at the start of next month.

"The market has priced in a very optimistic scenario about CPI in the previous days," Maria Vassalou, co-chief investment officer of multi-asset solutions at Goldman Sachs Asset Management, said in a note Thursday. "The numbers came in at exactly the expectations level."

The latest economic forecasts from the Fed's December gathering showed officials project their key overnight lending rate rising to 5.1% in 2023. In the past week, several Fed policymakers, including San Francisco Fed President Mary Daly and Atlanta Federal Reserve President Raphael Bostic, have asserted that rates will likely go somewhere above 5%.

Download the Yahoo Finance app for Apple or Android