Driver, 70, gets two speeding fines in two minutes for going close to 40mph in his Audi along one 30mph stretch of road – and is hit with three points and £100 fine for the ‘repeat’ offence

A motorist has been handed two speeding fines for offences that occurred just two minutes apart along the same stretch of road.

George Peck, 70, has now warned other motorists to ‘keep their speed in check’ after he was given three points and a £100 fine for the ‘repeat’ offence.

Mr Peck, from Kingsbridge, South Devon, had the two fines delivered to his house for a speeding offence which he admits to but says he feels as though it it a ‘waste of the court’s time’ for what he believes is the same offence.

On August 6, he was travelling down the A379 in his Audi 25 in an area where he had not realised had changed from a 40mph to 30mph speed limit towards the Billacombe roundabout in Plymouth.

The first of Mr Peck’s offences was for breaking the speed limit at 2.42pm while the second was at 2.44pm.

He was first clocked at 36mph and just two minutes later, had crept up to 37mph.

Speaking about the fines, he said: ‘I just think it’s a great pity when we’re suppose to, and want to, support the police and their efforts, they can’t show a little bit of common sense when dealing with what is a relatively minor offence. 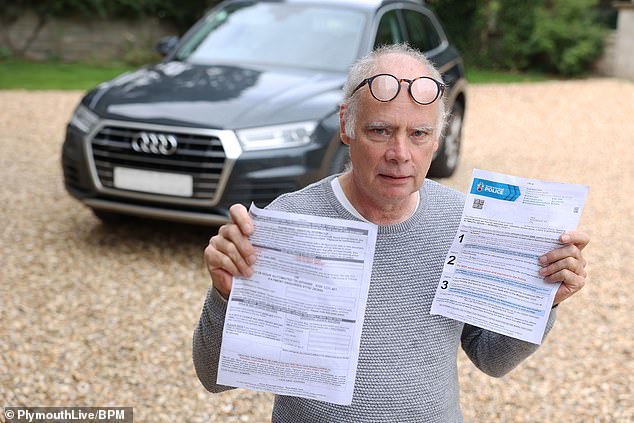 George Peck (pictured), 70, was handed two speeding fines in just as many minutes despite only driving along one stretch of road

Police revealed this is due to the average camera locations using two systems in the same stretch of road which are linked together but still deemed separate locations – thus one journey along the road can see drivers ‘caught’ twice.

But Mr Peck added: ‘I can’t believe it does anything except rub people’s backs up the wrong way.’

He explained that the first fine describes the offence being caught by a static camera while the second describes it as maintaining an average speed between the Billacombe roundabout and the Saltram roundabout that exceeded 30mph’.

Retracing his steps, the motorist recalled there only being a single 30mph reminder between these roundabouts which is positioned some way beyond the first by which time the average speed camera will have already recorded a majority speed.

Mr Peck, who is retired and has been driving over 50 years, was offered a speed awareness course for the initial fine as it was his first speeding offence but for the second, just minutes later, he was given three points and a fixed penalty of £100 due to it then being a repeated offence.

Speaking about his fines, he said: ‘I couldn’t believe they wouldn’t agree that it was one offence, two minutes apart, surely they would understand that that was the same offence, just two minutes later. 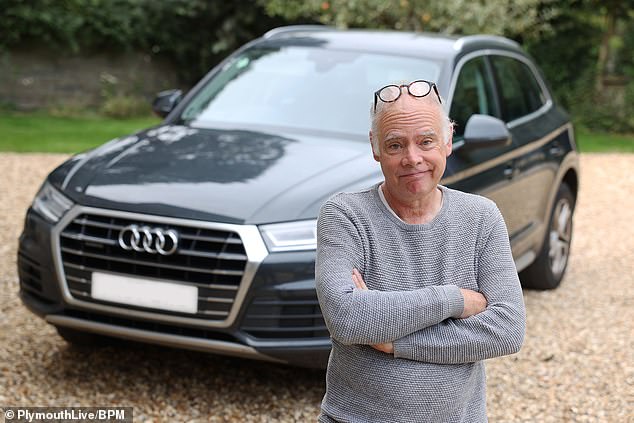 Mr Peck, who has been driving for 50 years, has warned other drivers to ‘keep their speed in check’ following his bizarre double fine

‘I understood that having exceeded the speed limit once I was due for a summons but I couldn’t believe I was due for two. It seemed to me the system was wrong if that was happening.

‘If somebody gets caught by one, they’re almost certainly going to get caught by the other.’

‘I thought well these cameras are automatic so I can’t be the only person this has happened to because if you misread the speed limit, which I did, I wasn’t deliberately going faster than I should have done, I just thought it was a 40mph limit.

‘I’m not going to change two minutes later unless there’s a sign to say 30mph.’

He believes that there should be either multiple static cameras or one set of average speed cameras rather than both as ‘that will just cause problems’. 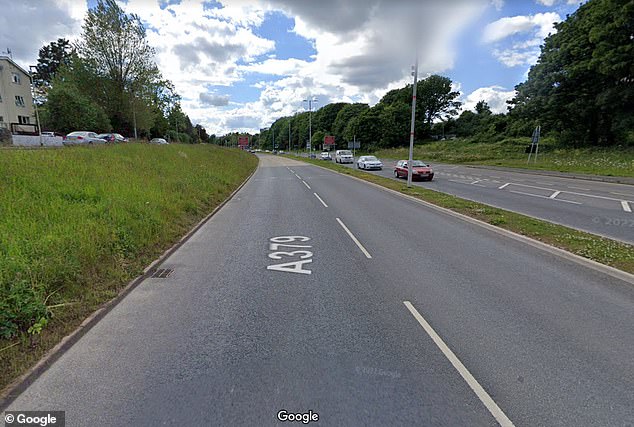 A police spokesperson from the Devon and Cornwall Police’s Road Safety Team said that as there is a roundabout between the systems and you can and will get recorded and reported for speeding both times.

A spokesperson added: ‘Average speed systems are an excellent road safety tool, with around 96 percent compliance.

Meanwhile a spokesperson for Devon and Cornwall Police said: ‘All road users who receive a fine are given all the information that they need in relation to the alleged offence, including routes to find further information and if necessary, how to appeal.

‘Offences against the Road Traffic Act could still result in a court hearing if the road user chooses to appeal. Therefore Devon and Cornwall Police are not able to comment on individual cases as to not to interfere with any possible future hearings or appeal.’