Paris: Emmanuel Macron has hired a spin doctor to Rupert Murdoch and former adviser to Sir Tony Blair as a top aide, tasking him with selling the French president’s vision to voters amid fears of rising discontent.

Frédéric Michel joins the Elysée as a special communication and strategy adviser to help get across the French president’s “short, medium and long-term” plan as well as the link between domestic and international policies, according to Le Figaro. 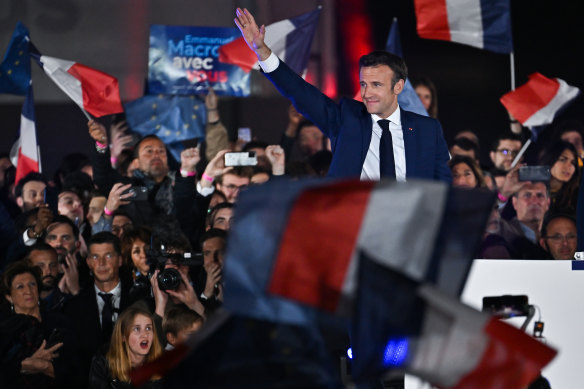 With an eye on Macron’s political legacy, he will also be tasked with “helping him keep his campaign pledges… at a time when the challenges are considerable, from climate change to global geopolitical upheaval and French social inflammability”, it said.

With France paying billions to keep a cap on energy prices, Macron is reportedly worried about the resurgence of a gilets jaunes-style protest movement that plagued his first term.

Crucially, Michel, 50, an expert in crisis management, will have the tricky mission of handling media relations for Macron, who does not have a presidential press secretary.

Educated at Sciences Po in Bordeaux and the London School of Economics, Michel quickly rose through the ranks of New Labour and its Left-leaning think tanks and founded the centre-Left Policy Network group, presided by Lord Mandelson.

The public affairs expert who also created his own “corporate reputation” agency was also once close to Dominique Strauss-Kahn, the former International Monetary Fund chief and France’s ex-finance minister, whose presidential hopes were dashed over a sex scandal in New York in 2011.

As such, he made headlines in 2012 during the Leveson Inquiry, which looked into the British press’s ethics and practices following the News International phone-hacking scandal.

The cosy nature of their exchanges sparked a political storm, as Hunt was at the time meant to be a neutral arbitrator in the decision whether to refer the controversial BSkyB deal to Britain’s competition authority.

He is also a board member at French weekly magazine Les Inrocks.

Le Figaro said that Macron was swayed by Michel’s international credentials: he has worked in the Middle East, Italy and America.

“It’s a huge surprise to pick someone who has been a spin doctor in the UK but never in France because we don’t have the same codes,” said Bruno Jeudy, political commentator on BFMTV and former editor-in-chief of Paris Match.

He added: “I think he picked Michel because he’s very attached to his place in history. He wants to be up there with the greatest presidents.”