Singapore: Cambodia’s main opposition party has called for criminal defamation charges to be dropped against its deputy president, a former Adelaide school teacher, who has declared he will “fight until the end and not flee” a political crackdown waged by long-time leader Hun Sen.

Son Chhay, a dual Cambodian and Australian citizen, returned to Phnom Penh from his home in Adelaide in March to join the Candlelight Party, a successor to the banned Cambodia National Rescue Party, whose dissolution in 2017 effectively rendered the south-east Asian nation a one-party state. 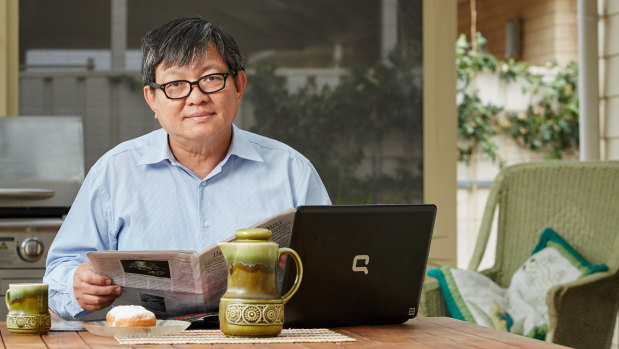 While many high-ranking Cambodian opposition figures have since been jailed, forced into exile or remain on trial on what have been slammed as politically motivated charges the high-profile Chhay – who was also a top player in the CNRP – has returned to the electoral stage after being permitted to re-enter politics.

The 66-year-old, however, is now facing court action himself after criticising local commune elections across Cambodia in June when he described them as unfair and alleged they were marred by vote buying and the intimidation of voters.

The CPP, which holds all 125 seats in Cambodia’s parliament and won nearly 75 per cent of the vote in the local elections, demanded 4 billion riels ($1.37 million) from Chhay in compensation for his comments, as well as a public apology.

Chhay, a former refugee to Australia during Pol Pot’s murderous reign, was awarded an Order of Australia in 2010 for services to Cambodia and the Cambodian diaspora community in Australia. He studied in Adelaide and was a school teacher there and first became a member of parliament in Cambodia in 1993. 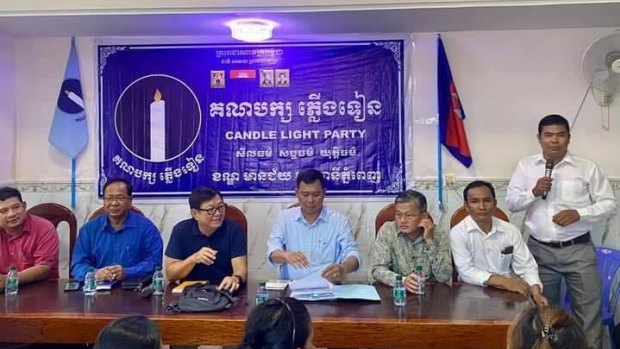 He was not available for comment on Monday but his lawyer Choung Chou Ngy said it was clear the ruling party was suing Chhay “because it aims to destroy the opposition party”.

“They want Son Chhay to quit politics. But they used public defamation as the reason,” he told The Sydney Morning Herald and The Age. “Son Chhay has told me that he will fight until the end and he will not flee.”

Chhay’s lawyer said that even though the Candelight Party did not expect a free and fair election next year, “participation is a must”.

“If we give up the election, the opposition will dissolve completely and Cambodia will be led to dictatorship like North Korea,” he said.

The legal action was another example of political intimidation of opposition parties, said Thach Setha, another Candlelight Party vice-president who was an MP with the CNRP before it was outlawed.

Urging the prosecutor to drop the charges, he said they would draw denouncement in the international community and have a detrimental impact on next year’s national election.

The government denied Chhay’s claims of electoral bias and the election committee said it was compelled to pursue him to protect its honour.

However, the latest filing of criminal charges against a leader of the Cambodian opposition follows a familiar pattern of political enemies being suppressed, either by being prosecuted, run out of the country for fear of being imprisoned or barred from political activity.

As recently as June, 51 CNRP politicians and supporters were sentenced to between six and eight years in prison for incitement and conspiracy in what Human Rights Watch labelled a “show trial”.

The charges against Chhay were formalised less than a year before Cambodia’s next national election and a fortnight after more than two dozen foreign ministers converged on Phnom Penh for a series of regional meetings.

Among them was Australia’s Penny Wong, who met with Hun Sen and Kem Sokha, the former CNRP leader who is on trial for treason.

In opposition, Labor was critical of the Coalition’s approach to dealing with the disintegration of democracy in Cambodia. After Sokha was put on trial, Melbourne-based MP Julian Hill said Hun Sen, was operating a “gangster regime” and the Australian government “has to stop sucking up” to him. In February, Hill also blasted the Morrison government for backing the establishment of a “farcical” human rights institute that he said would be used by the Cambodian prime minister as a propaganda tool in a bid to build international credibility.

After assuming office, though, the Albanese government has been more pragmatic, particularly as it reaches out to south-east Asia amid heightened geopolitical tensions.

Cambodia has an enhanced role in the region this year as chair of ASEAN and the regional envoy to strife-torn Myanmar has been asking the junta there to release Sean Turnell, the Australian economist and advisor to Aung San Suu Kyi who has been detained since the days after a military coup in February 2021.

Hun Sen, one of the long-ruling prime ministers in the world, has been Cambodian leader for 37 years. The 70-year-old has endorsed one of his sons, Hun Manet, to succeed him but does not intend to step aside until at least the 2028 general election.

– with Nara Lona and AP