Deputy headmistress, 40, who taught at ‘spiritual’ free school that boasts of its ‘consciousness-based education’ was four times drink-drive limit when she smashed into car in head-on lunchtime shunt

A Lancashire deputy headmistress who taught at a controversial ‘spiritual’ school has avoided jail over a lunchtime drink driving smash, saying she is getting treatment for a severe alcohol problem.

Hayley Copplestone, 40, tested more than four times the alcohol limit after her black BMW veered onto the wrong side of the road and crashed into an oncoming Nissan Juke at 1pm on April 23 of this year. 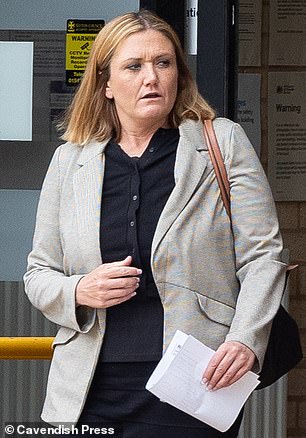 She left Sefton Magistrates’ Court yesterday after being handed a suspended sentence, driving ban, a fine and 84 hours of unpaid work

In the moments after the head-on collision, Copplestone staggered from her vehicle and told the other driver she was ‘sorry’ before walking off.

Police were called to the scene and she was located at a nearby property shortly afterwards.

Sefton Magistrates’ Court heard yesterday that Copplestone, from Croston, near Preston, has no previous convictions and is getting treatment for her severe alcohol problem  – before she was sentenced to 12 weeks imprisonment as a suspended sentence.

Since the collision she has been getting private counselling and joined Alcoholics Anonymous.

The incident occurred in April this year in Bootle, Liverpool – eight months after she left her job at the spiritual school, which is named after the Indian yoga guru Maharishi Mahesh Yogi.

The mother of one had previously been deputy head teacher at the state-funded Maharishi Free School in Ormskirk, Lancashire, where pupils learn ‘Transcendental Meditation’ calming techniques as part of their curriculum.

Transcendental meditation was coined by the Indian yoga guru in the 1950s and is a form of positive, mantra-based meditation. 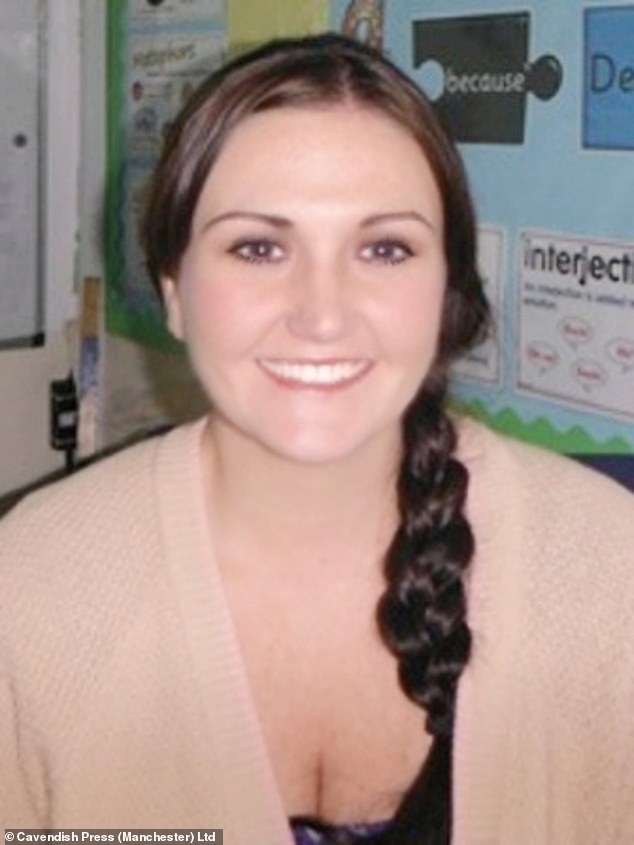 The school has just over 200 students and uses ‘consciousness-based education’ methods including the meditation, which pupils practise for ten minute sessions at least twice a day.

Shannen Carey, prosecuting, told the court Copplestone had been dirving on Kirkstone Road West when she veered into oncoming traffic.

She told the court the driver of the Nissan slowed down as the car came towards them, then came to a stop – but the BMW continued driving and hit the front of the car, before swerving and hitting a blue Peugeot.

Ms Carey said: ‘The female driver got out of the BMW and walked over and said she was sorry.

‘The witness asked what happened and the driver provided her details, her name and address.

‘The witness thought the BMW driver was behaving in a strange manner and did not appear to be right.

‘She was speaking slowly, her eyes were glazed. She tried to write down her details but she could not.

‘The witness thought she may be drunk and asked a member of the public to call the police.’

Once police had been called, the court heard Copplestone was found at a nearby address.

She failed a roadside breath test and was taken into custody where the drink-drive procedure was conducted, and she was found to be more than four times above the legal limit.

In mitigation her lawyer Sinead Fearon said: ‘It is clear from the sentencing guidelines that this offence starts with an immediate term of imprisonment – however, given her lack of previous convictions and her prompt guilty plea a custodial sentence can surely be suspended. 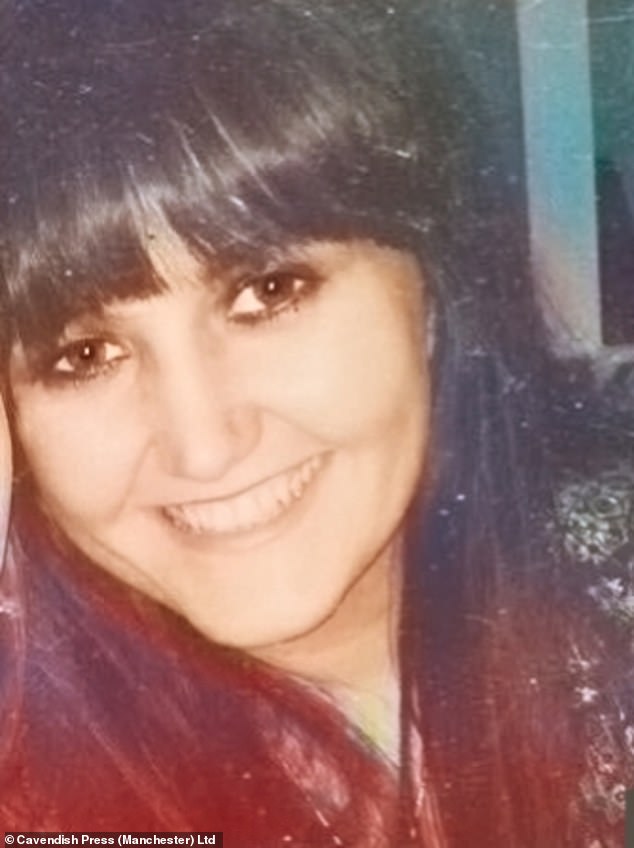 One of the drivers Copplestone collided with reported she had been unable to write her details down for them, leading them to wonder if she was drunk

‘A plethora of references have been handed into the court, I do not need to go over how encouraging they are. They paint a picture of a very different person from what we have heard today.

‘She has been seeking help and working on herself. She has taken up private counselling, had her medication changed, and she has gone to Alcoholics Anonymous where she has completed the 12 step program.

‘She has attended Aspire [drug and alcohol service] as well. She is not coming to court with a cap in hand demanding that the court help her.

‘In fact she is devastated by her actions. She is remorseful and trying to sort herself out regardless of what happens in the court today.’

‘This has been an incredible learning experience for the defendant. She placed her son, her liberty and her job – which she had worked hard at for many years – she put them at risk and she is not going to do that again. ‘

Copplestone was also ordered to complete 84 hours of unpaid work, 20 days of Rehabilitative Activities and a six-month alcohol treatment program. She was banned from driving for 36 months.

Chairman of the bench Brian Wilson told her: ‘I do not need to tell you how serious this matter is before the court today.

‘It has passed the custody threshold because you were involved in an accident and the manner of your driving on the day.

But he added: ‘We feel that there’s a realistic prospect of rehabilitation which you have demonstrated by already seeking some help, you have undertaken private counselling, attended AA meetings and completed the 12-step program.

‘We have also considered the significant impact any immediate custodial sentence would have on your son.’

Copplestone was further ordered to pay £213 in costs and a victim surcharge.

The Maharishi Free School was found in 1986 with the school proclaiming its Consciousness Based Education’ helps pupils ‘unfold their own creativity and intelligence as a basis for greater achievement.’

According to school officials, the program enables the students to be calmer, more focused and relaxed and improves their ability to learn and Ofsted inspectors said the school provided an ‘outstanding education’.

But in 2011 union leaders compared the school to a ‘religious sect’ and was criticised for its ‘spiritual and pseudoscientific’ teaching’ by MPs including Labour’s Lisa Nandy who serves as Shadow Secretary for Levelling Up.

In May 2012 a group of professors and science communicators wrote a letter to The Guardian calling the Maharishi school a ‘serious threat to education’ for its teaching of pseudoscience, comparing it to the dangers of creationist schools.