SHOCKING footage shows the moment a massive 1,300lb cannibal hammerhead feasts on a fellow 6-foot shark off the Florida coast.

TikTok user blacktiph shared the horror moment in a video that has over 300,000 likes. 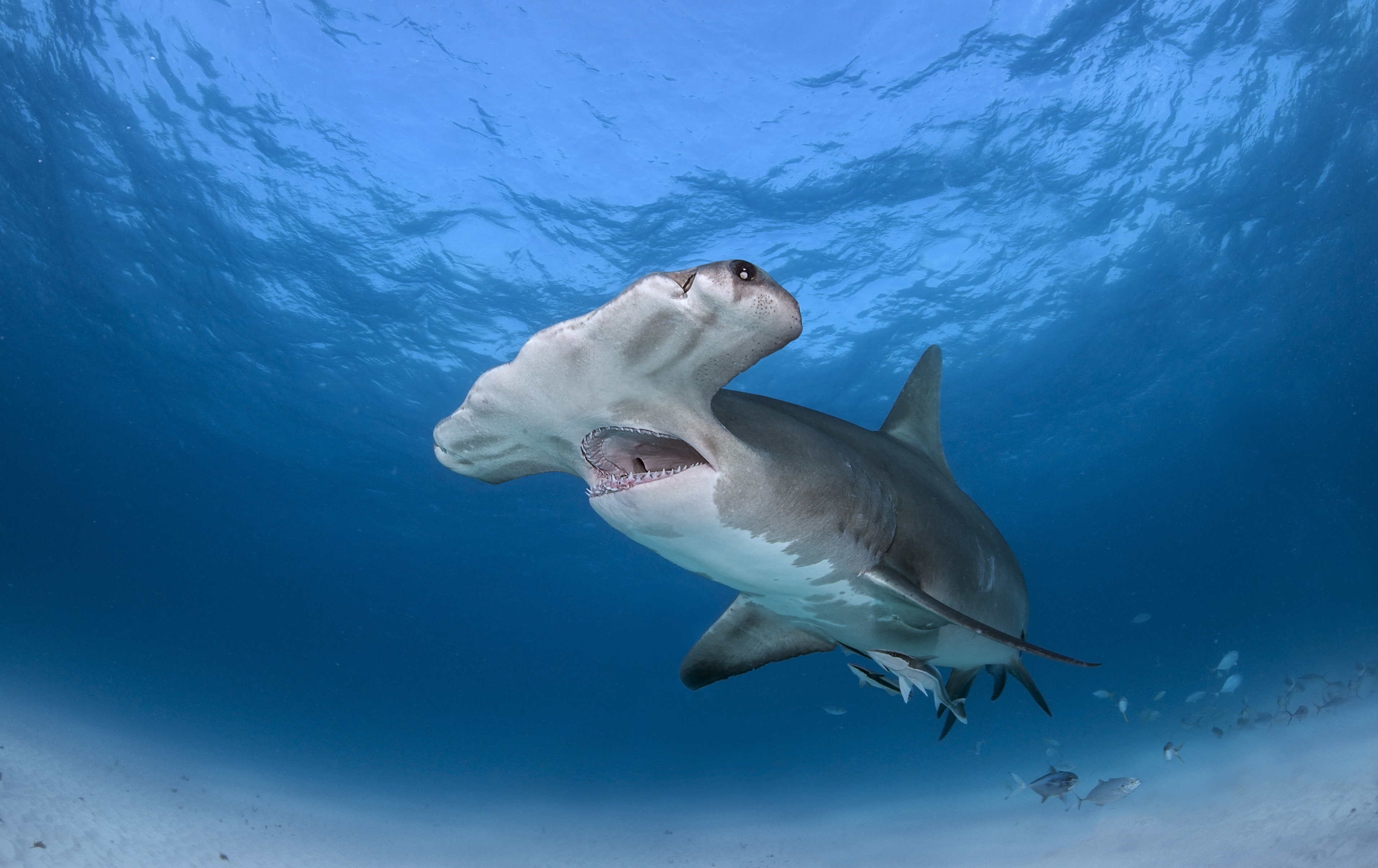 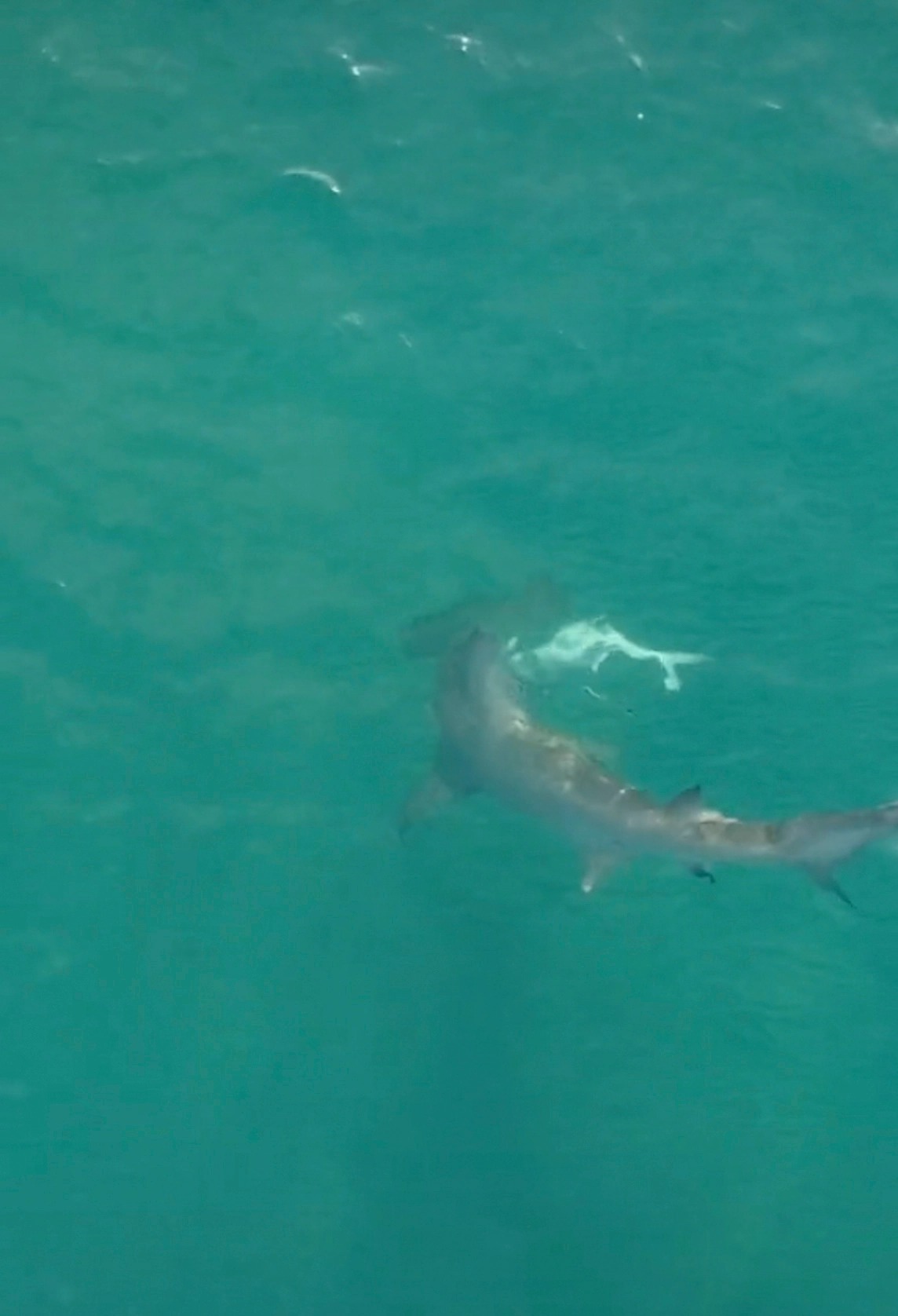 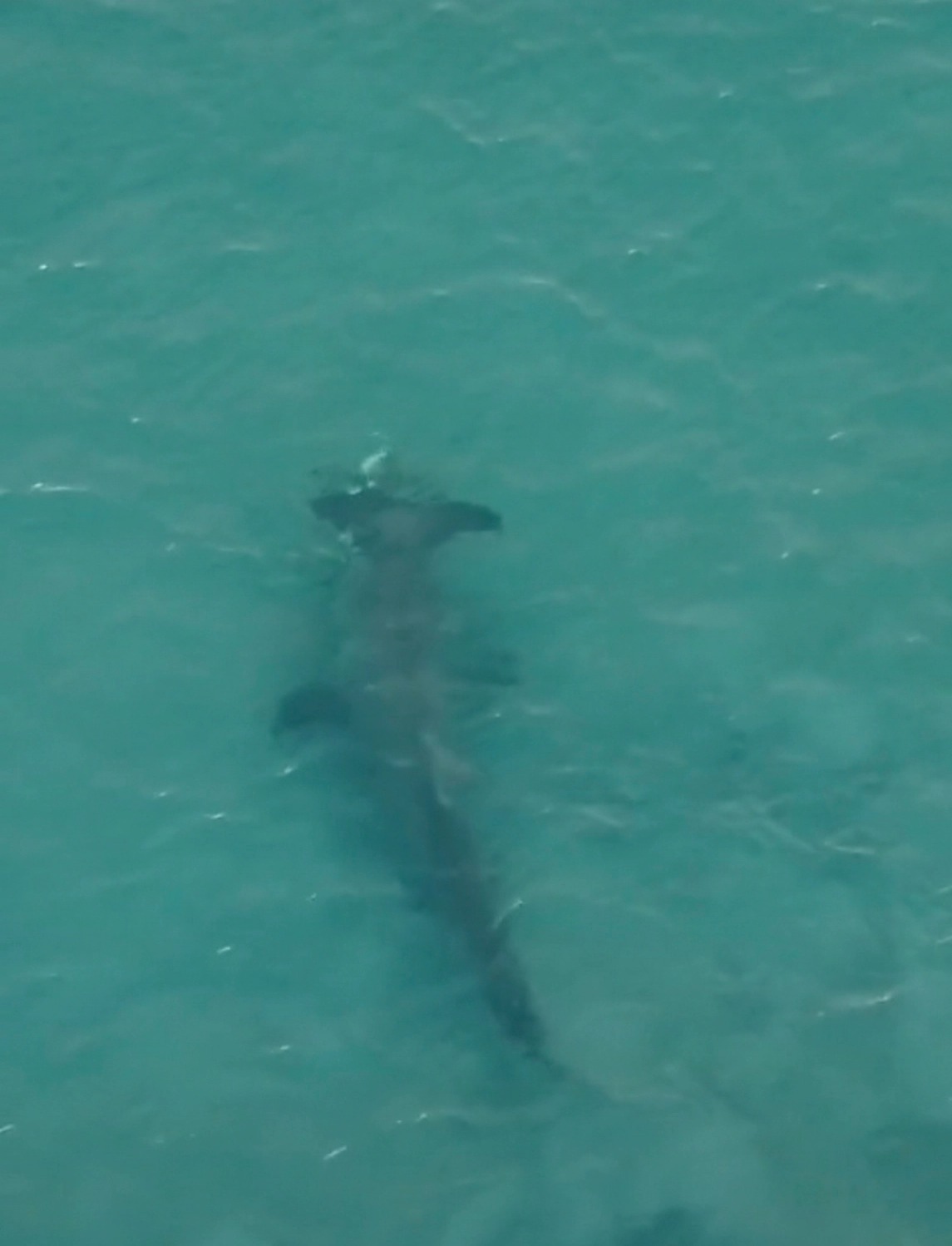 "Look at the size of that," a shocked onlooker said in the video.

The wild footage opens with the massive hammerhead stalking its six foot victim.

The large pray looks like a snack compared to the monster that can grow up to 20 feet long.

A man can be heard laughing in the viral video as the hammerhead engulfs the smaller shark with its giant body. 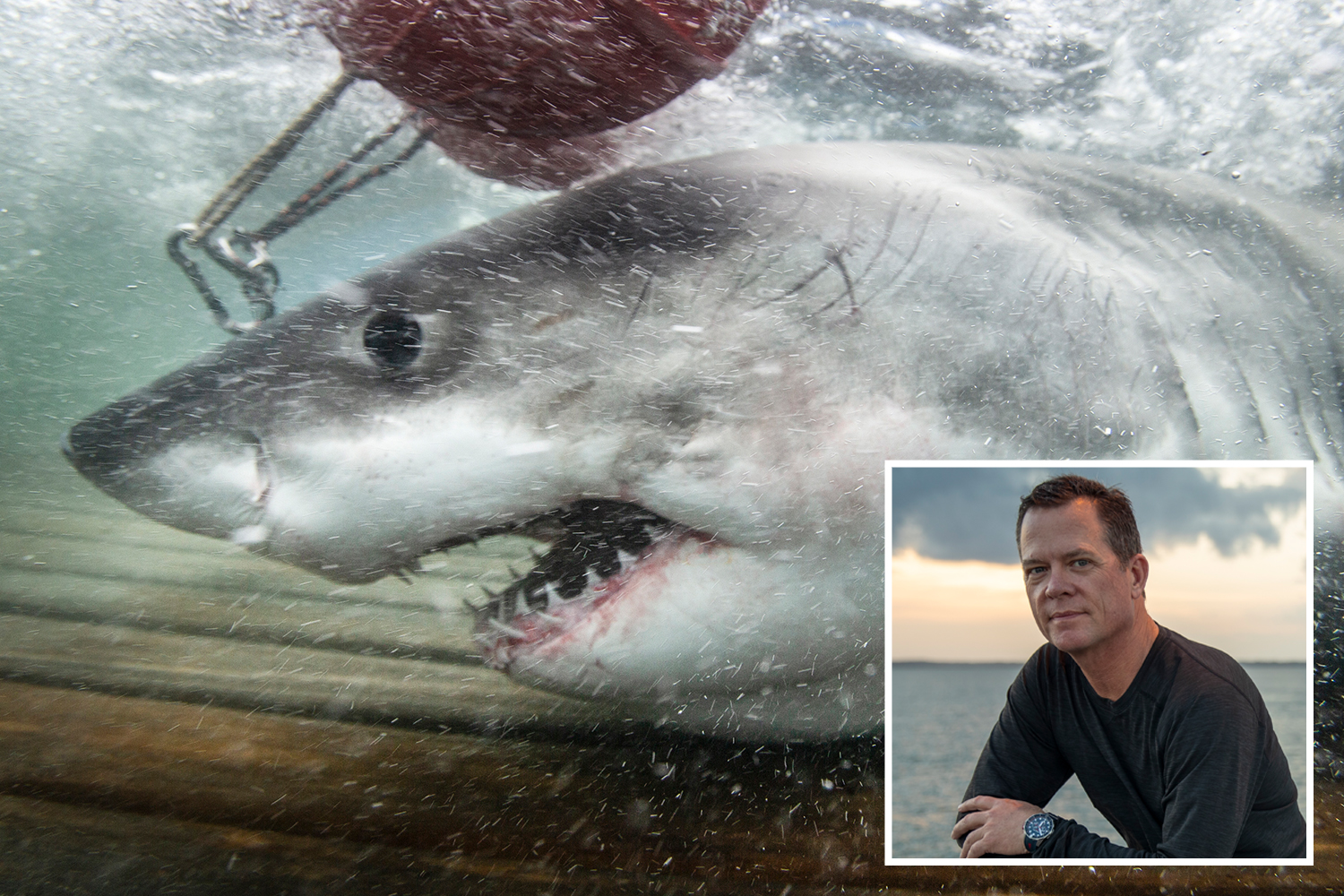 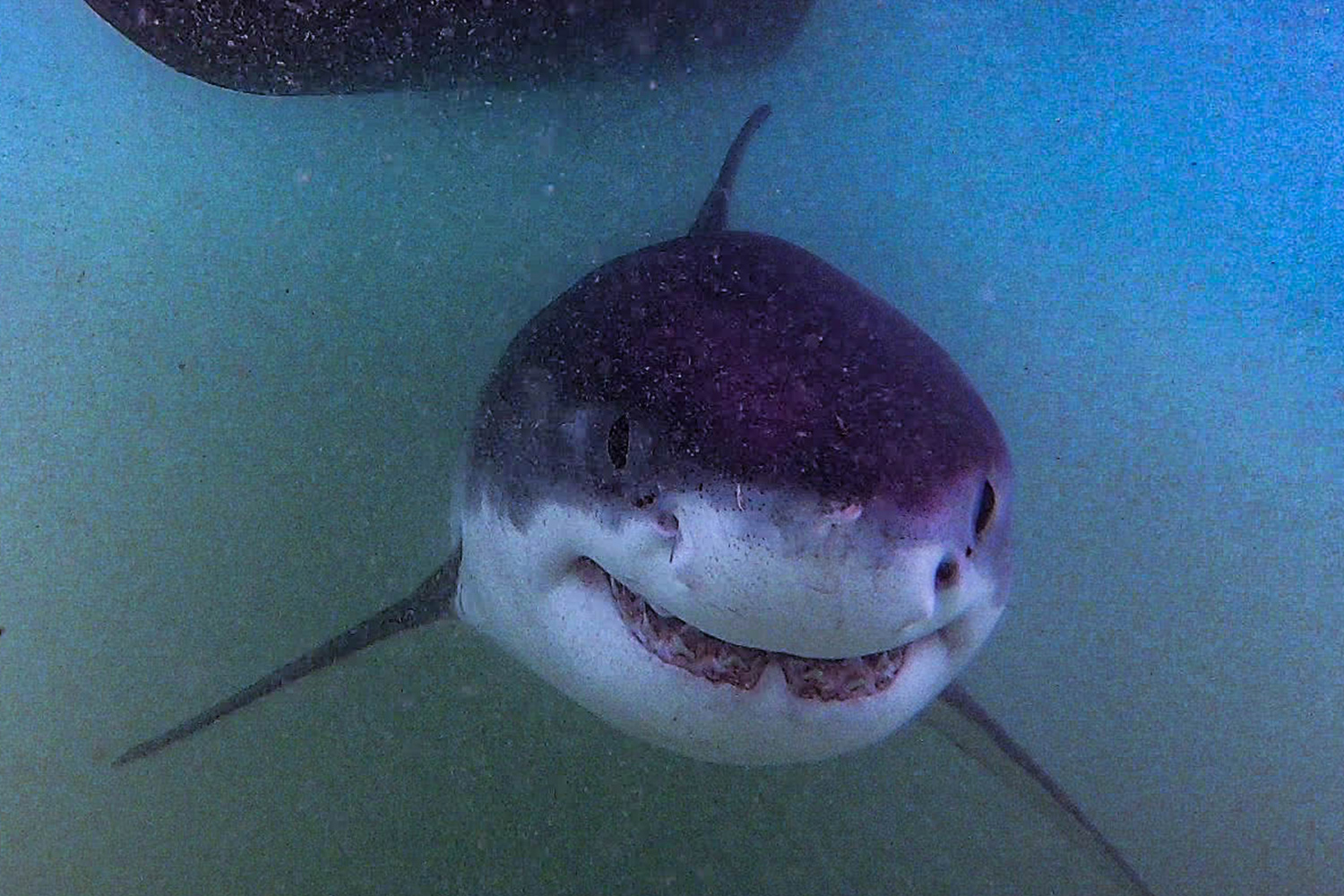 "Oh my god look how big it is!" someone said in the TikTok.

The hammerhead then chowed down on the other beast, appearing as though it was enjoying a light snack.

Commenters were amazed at the attack, saying there was "no way" the prey was six feet long.

"That shark knew he was done for, didn't even bother swimming away," one person said.

Another user commented: "No way that shark is 6 ft."

However, it is actually possible the hammerhead made the pray appear smaller due to the species' massive size.

"The great hammerhead shark is the largest species, and it is believed they can grow up to 20 feet long, though this is rare," Newsweek said of the wild video.

It is actually quite normal for sharks to prey on other sharks, according to Dr Lauren de Vos with the Save Our Seas Foundation.

"Hammerhead sharks, like the one in the video, are a family of predatory sharks that eat fishes, cephalopods (that's animals like squids and octopuses), and smaller sharks and rays."

Sadly, despite their magnificent size, the elusive species is considered endangered due to being caught as bycatch by commercial fisheries, Newsweek reported.

"Because there are so many different species of sharks, a wide variety of different foods is on the shark 'menu' generally," de Vos said.

"However, there are certain, generally larger, species that include other sharks in their diet (like the hammerhead sharks, bull sharks, tiger sharks and white sharks), while the majority of other species don't at all. 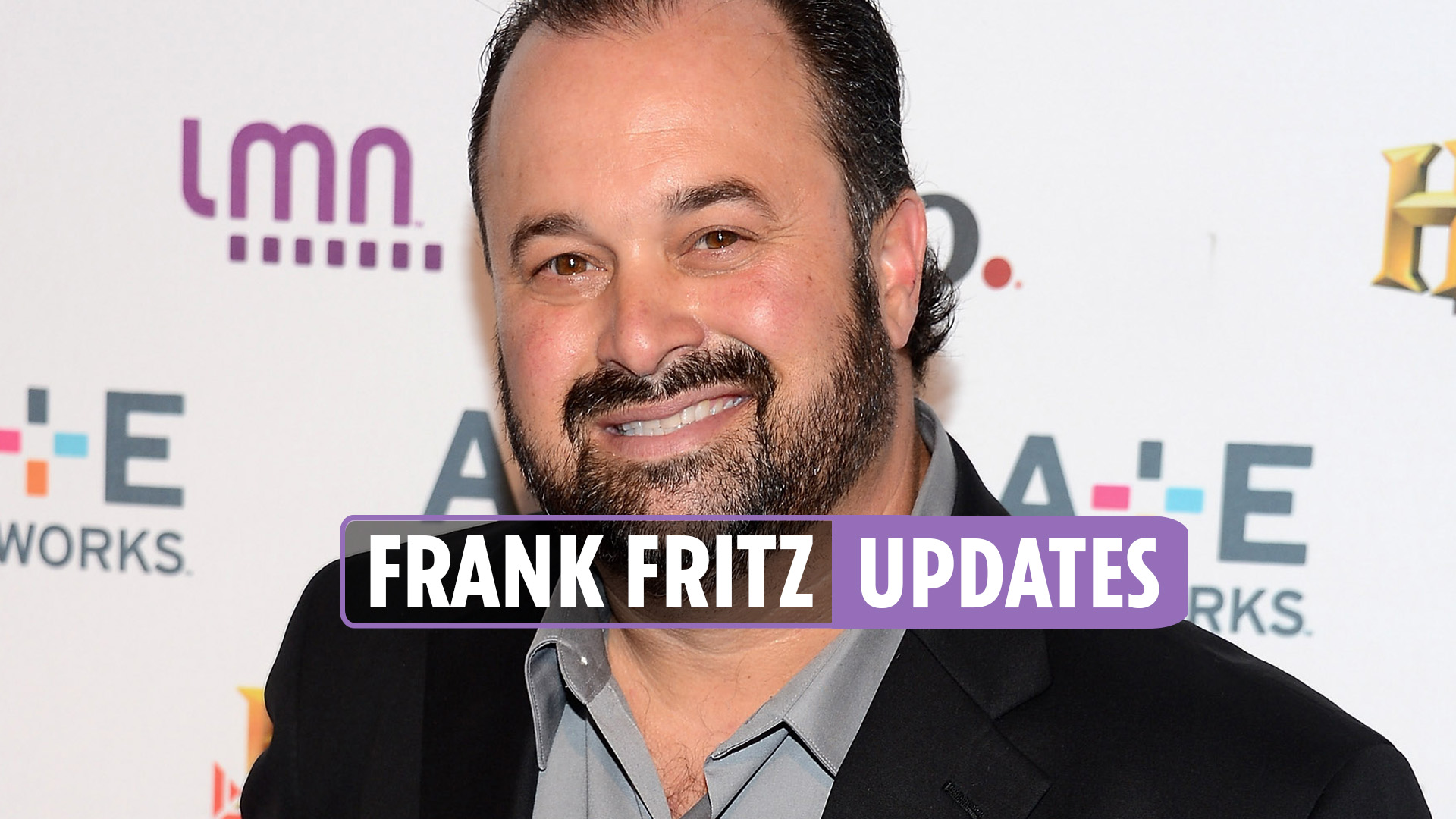 "So, rather than it being about how often sharks eat other sharks, it's more a question of whether a particular species would hunt other sharks if given the opportunity, or not."