The average price for a house in the UK has fallen for the first time this year, data has shown.

It marks the first month-on-month drop this year, according to property site Rightmove.

But the company noted the decline may be the result of a seasonal lull rather than other factors such as rising interest rates or the cost of living squeeze.

It said house prices usually fall in August and the 1.3 per cent drop was in line with the average decline seen that month over the past ten years. 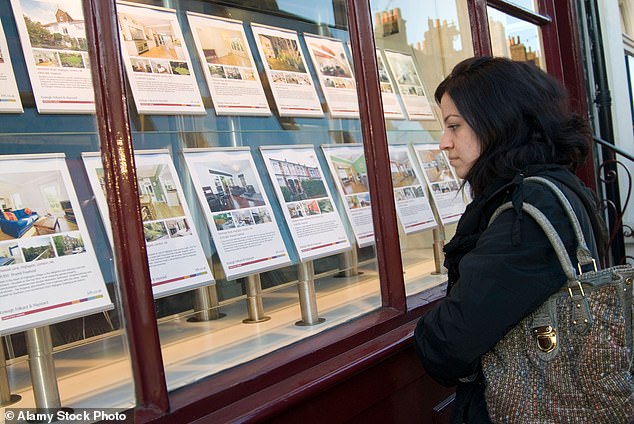 The average price for a house in the UK has fallen for the first time this year, data from Rightmove has shown. Picture: file image

Tim Bannister, the firm’s director of property science, said that sellers who need to move quickly tend to price ‘competitively’ at this time of year.

He added: ‘A drop in asking prices is to be expected this month as the market returns towards normal seasonal patterns after a frenzied two years, and many would-be home movers become distracted by the holidays.’

But increases were continuing in certain parts of the market, with Rightmove highlighting that a combination of rising house prices and interest rates meant the average monthly mortgage payment for new first-time buyers with a 10 per cent deposit was now over £1,000 at £1,032.

Despite this challenge, demand for property from first-time buyers was still 32 per cent higher than at the same time in 2019.

‘It’s likely that the impact of interest rate rises will gradually filter through during the rest of the year, but right now the data shows that they are not having a significant impact on the number of people wanting to move,’ Mr Bannister said.

The director added that while demand for property had ‘eased’ to a degree, the ongoing imbalance between the number of buyers and available houses would ‘prevent major price falls this year’.

The comments echo data last week from the Royal Institution of Chartered Surveyors (RICS) which pointed out that a lack of homes coming to the market was continuing to drive up prices despite a slowdown in demand from buyers after enquiries fell 25 per cent year-on-year last month.

House prices boomed during the pandemic after a stamp duty cut and a rush for larger properties sparked a surge in demand which drastically outstripped supply as buyers sought out more space after months stuck in lockdown.

One of the biggest winners were housebuilders who cashed in as the high levels of demand boosted the prices at which they could offload properties.

Earlier this month, builder Taylor Wimpey upgraded its profit forecasts for 2022 after the average private selling price for its homes rose to £337,000 in the first six months of the year from £327,000 in the same period in 2021.

But some estate agents are becoming increasingly concerned that, while many are still keen to move house, the rising cost of living may start to affect the decisions of those at the lower end of chains such as first-time buyers as higher bills shrink their savings.

This, in turn, could spark a knock-on effect for other buyers in the market.