The state opposition says cultural failings and the misuse of taxpayer funds inside Victorian Labor makes the party unfit to govern, while Prime Minister Anthony Albanese insists the behaviour has been stamped out. 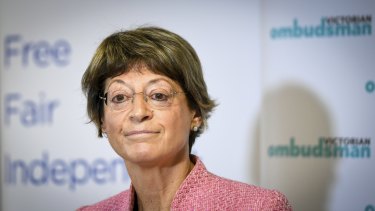 Opposition Leader Matthew Guy said the findings show “a Labor government mired in corruption, cover-ups and political games at the expense of Victorians”.

“[It] has exposed a political party unsuitable to hold office,” he said.

“Victoria needs a premier and a government totally focused on ending the health crisis and supporting communities to recover and rebuild.” 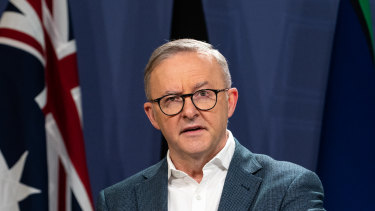 Albanese, who said he had not yet seen the report, asserted the party had been cleaned up after reforms triggered by allegations of branch stacking against former Labor MP Adem Somyurek.

The prime minister said he spoke to Victorian Premier Daniel Andrews by phone the night The Age and 60 Minutes revealed the allegations against Somyurek and his allies.

The pair agreed on the “strongest possible action” to dissolve the Victorian branch, remove members’ voting rights and make it more difficult to sign up members improperly.

“I intervened two years ago,” Albanese said, adding he had witnessed branch stacking in his career.

“I’m pleased [with] the work that [former Labor MPs] Jenny [Macklin] and Steve [Bracks] have done to clean up the branch here in Victoria.”

Following the release of the final report, which found he had led the unethical activities, Somyurek said on social media he felt “good to be liberated”.

“I thank the useful idiots otherwise known as the integrity bodies for having the decency of not planting evidence when they could not find anything after wasting millions of dollars of taxpayer funds.” 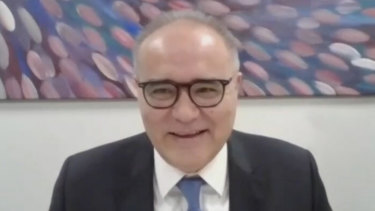 Adem Somyurek under questioning during the Operation Watts hearings.

“I would not describe this report as exoneration,” she said.

The findings will force the government to confront the rotten culture called out by IBAC and the Ombudsman by enacting the agencies’ 21 recommendations.

While the report was damning about widespread cultural practices within Labor, it made no adverse findings against the premier, or any of the other MPs and staffers it named, with the exception of Somyurek and Kairouz.

In a press conference on Wednesday, Glass and IBAC commissioner Robert Redlich said the monitoring of ethical standards in Victoria’s parliament was weaker than in other states.

Glass said the issues investigated in Operation Watts would not typically be looked at by integrity agencies.

She called on a series of reforms to strengthen parliamentary oversight and encouraged the Privileges Committee – a powerful committee of MPs who can punish misbehaving politicians – to assess whether Somyurek should be disciplined.

IBAC commissioner Robert Redlich said the saddest feature of the investigation was listening to young people who had aspired to start a career in politics, but then “discovered that the only pathway to that objective was by engaging in this unethical factional behavior”.

“These young people start their career with a distorted moral compass,” he said.