Former New York Knicks star Jeremy Lin was fined by the Chinese Basketball Association on Friday over comments he made regarding COVID-19 quarantine facilities, according to The Associated Press.

Lin, who now plays for the Guangzhou Loong Lions in the CBA, made “inappropriate remarks about quarantine hotel-related facilities” that the team stayed in on Wednesday before a game, the league said. The comments “caused adverse effects on the league and the competition area.”

The league didn’t say what Lin said specifically. According to The Paper, a news outlet in Shanghai, Lin posted a video to social media complaining about a workout room in a hotel in Zhuji.

The video — in which Lin described the weight room as “garbage” — was later deleted. The hotel was reportedly used for short-term stays required as part of China’s and the CBA’s COVID-19 policies.

Lin’s fine comes amid rising tensions in China over COVID-19 outbreaks and protests with the country’s “zero COVID” policy. China has implemented incredibly strict lockdowns and tracing methods throughout the pandemic, though new cases have reached an all-time high in the country, per The New York Times. There were an average of more than 36,000 cases on Thursday alone, almost all of which were new cases.

Residents have participated in mass demonstrations in various cities in recent days to protest lockdowns — which, after strict crackdowns, led to officials relaxing certain restrictions.

Lin, who played for eight teams in the NBA and won a title with the Toronto Raptors after his breakout season with the Knicks, averaged 13.4 points and 4.7 assists last season with the Beijing Ducks. He’s put up 3.5 points in four games this season in Guangzhou. 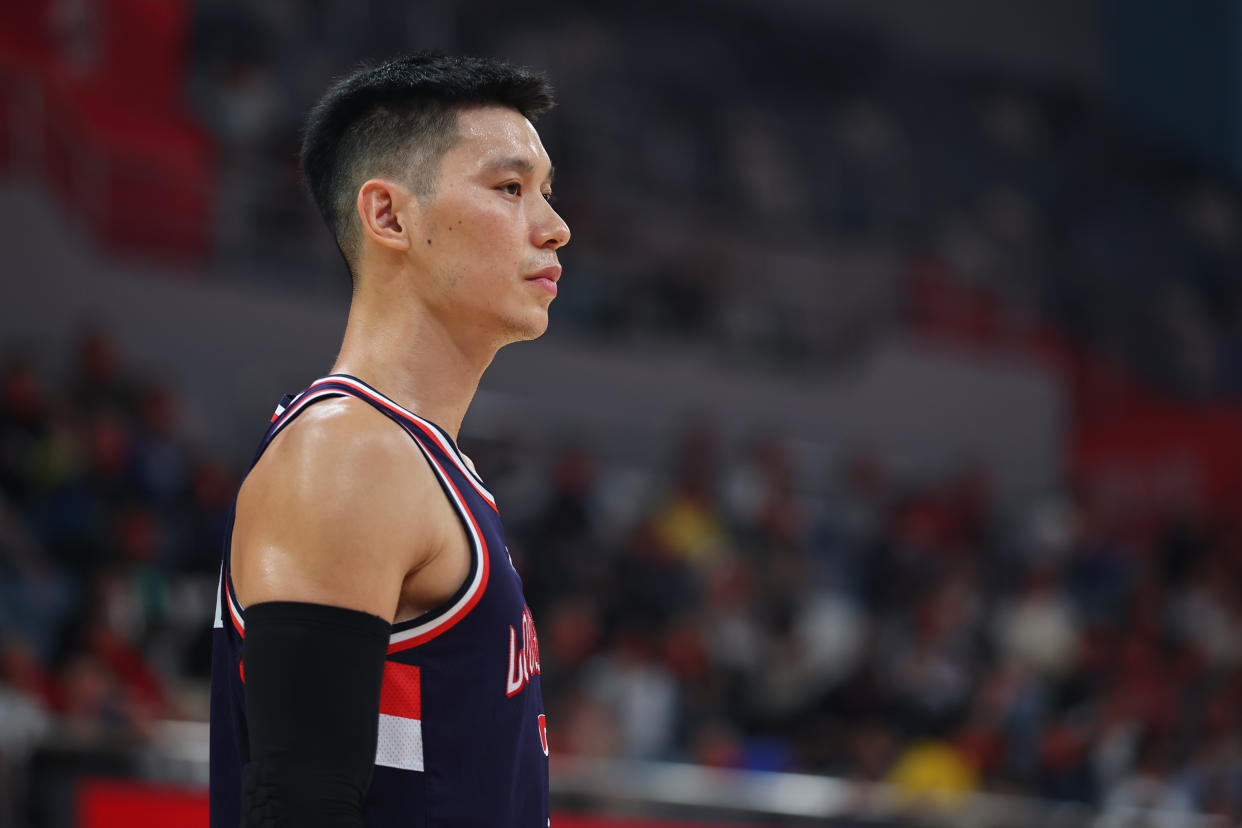