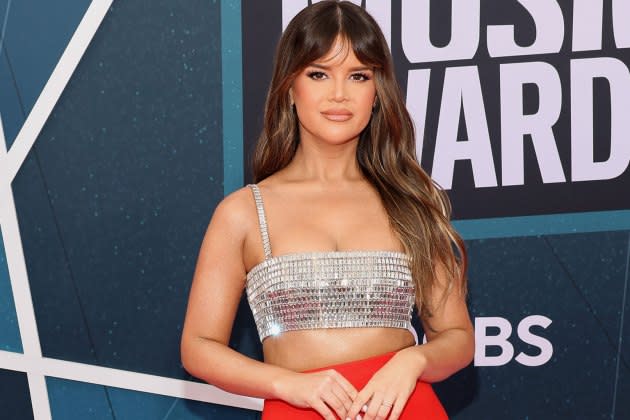 Maren Morris is raising some serious cash for transgender causes following negative comments made about her during Fox News’ Tucker Carlson Tonight.

On Thursday (Sept. 1), the conservative commenter called out Morris for her feud with Jason Aldean‘s wife, Brittany, over a transphobic joke. During his interview with Brittany Aldean, Carlson referred to Morris as a “lunatic” and a “fake country music singer.”

Morris is getting the last laugh, having emblazoned the offensive moniker onto a T-shirt and selling it on her website to raise money LGBTQ rights organization GLAAD. The black tee features Morris’ name in white letters, along with the words “Lunatic Country Music Person” and the phone number for a peer support and crisis hotline for trans youth.

As of Saturday morning (Sept. 3), the charity shirt had raised more than $100,000 for GLAAD’s Transgender Media Program and Trans Lifeline, according to a tweet from Morris. “Over $100K raised. Have a great Labor Day weekend, lunatics,” she captioned a purchase link.

The merch went on sale Friday night and had raised $63,000 in just two hours. “Y’all are insane (or lunatics),” Morris tweeted. Cassadee Pope, who was also involved in the online spat with Brittany Aldean, took to the comments, writing, “F— yea!! Thank you for doing this. It’s gunna help so many.”

Brittany Aldean came under fire in late August for a makeup video she posted on Instagram with the caption, “I’d really like to thank my parents for not changing my gender when I went through my tomboy phase. I love this girly life.”

In response, Pope tweeted, “You’d think celebs with beauty brands would see the positives in including LGBTQ+ people in their messaging. But instead here we are, hearing someone compare their ‘tomboy phase’ to someone wanting to transition. Real nice.” Morris replied to Pope’s tweet in agreement, writing, “It’s so easy to, like, not be a scumbag human? Sell your clip-ins and zip it, Insurrection Barbie.”

After some back and forth between the three women, Brittany insisted that her words were “taken out of context,” and later told Carlson that she’s “advocating for children.”