‘Wagwan Boris! How did I get raided and the Prime Minister is there?’: Moment man wakes up to find the PM joining a dawn raid at his house

This is the bizarre moment a man woke up to find Boris Johnson joining police during a dawn raid at his home.

The Prime Minister, who will leave office next week, was attending a drugs raid with police near Lewisham, south London, early this morning.

Officers found class B drugs and paraphernalia, as well as a suspected drugs line phone, which is now being investigated.

But during the raid of the property, Mr Johnson was unexpectedly met by a man filming the incursion on his phone.

The short video begins with the man pointing the camera of the phone towards himself, saying: ‘Bro, how the f**k did I get raided and Boris Johnson’s here?’

The man proceeds to walk out of the room, where Mr Johnson is standing in the hallway surrounded by officers.

He says ‘Wagwan Boris’, before a smiling PM replies: ‘Good morning, how are you doing?’

The video, taken on Snapchat, is also captioned: ‘Ay naaaaaa how can Boris Johnson raid the bando you can’t make this s**t up.’ 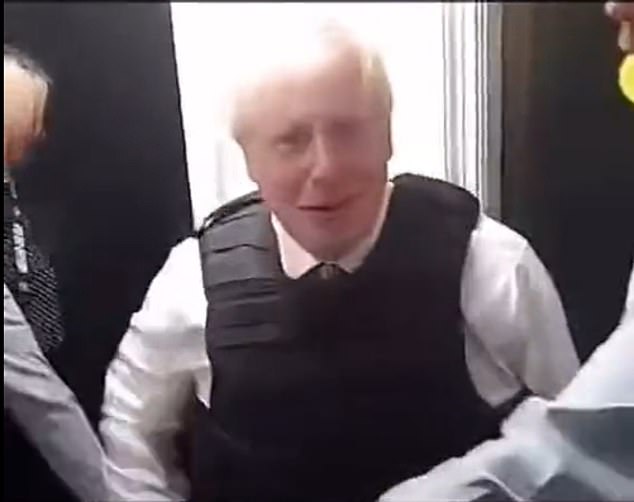 A smiling Boris Johnson looked into the camera before asking the man: ‘Good morning, how are you doing?’ 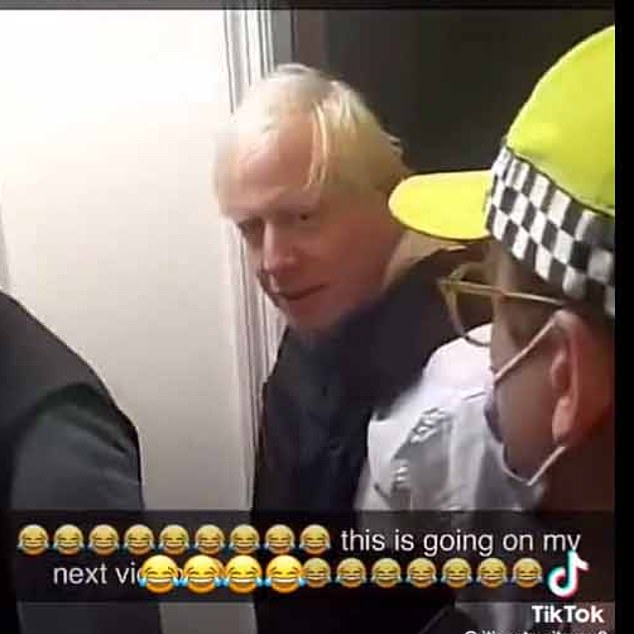 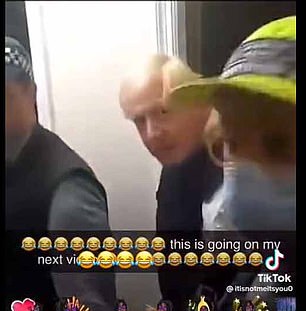 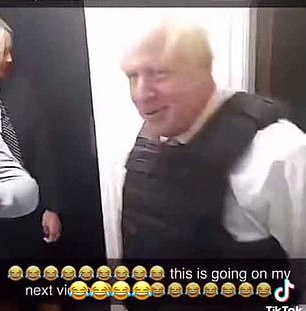 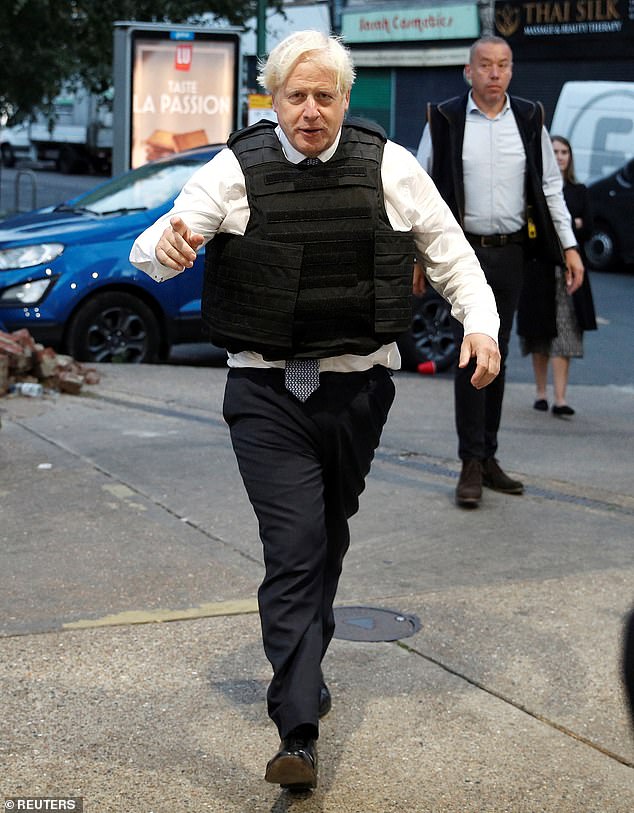 ‘Disrupting the lines of supply is central to our work in tackling violence which is the Met’s top priority. There are strong links between the two.

‘This is just one of many enforcement operations being carried out daily as part of our focus on targeting the line holders, while also helping to safeguard the vulnerable people they exploit.

‘Our message to the drug dealers is clear – we are coming for you.’

Meanwhile, Mr Johnson insisted his Government had cracked down hard on criminals.

His remarks came after the Daily Telegraph reported that officers are being told to focus on the basics of policing by Home Secretary Priti Patel.

A report by the Policy Exchange think-tank warned that the public feel police are being distracted by ‘woke’ causes.

Mr Johnson said: ‘Look at neighbourhood crime, which is the thing that really affects the quality of life of most people in this country, and it’s down by about 38 per cent on 2019 since this Government came in.

‘I think that’s a great effort by the police, not just by the Metropolitan Police, by police up and down the country.

‘And what you’re seeing is 13,700-odd more police now on the streets. That helps, that makes a difference.’ 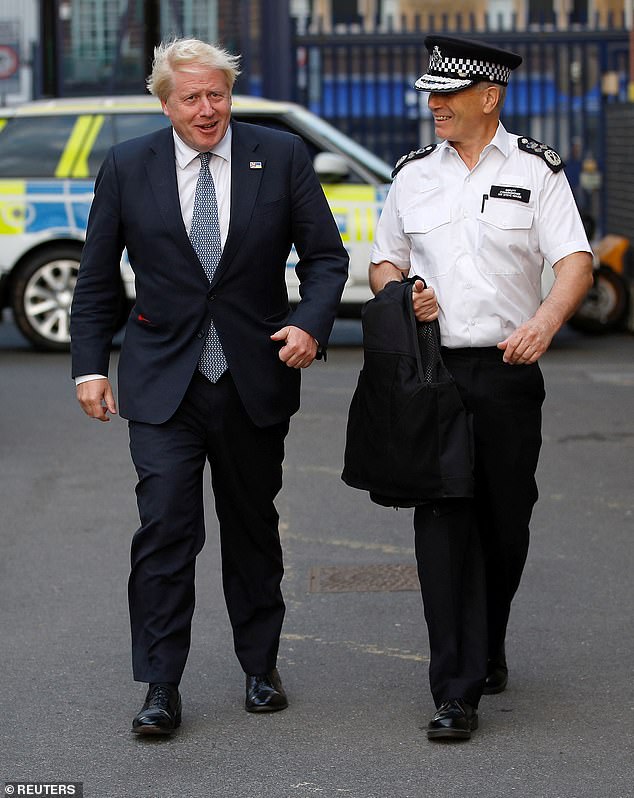 Mr Johnson pictured walking with Stephen House, the acting commissioner of the Metropolitan Police, at a south London police station 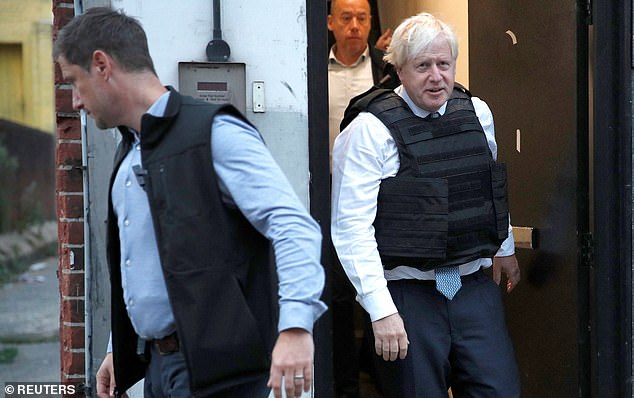 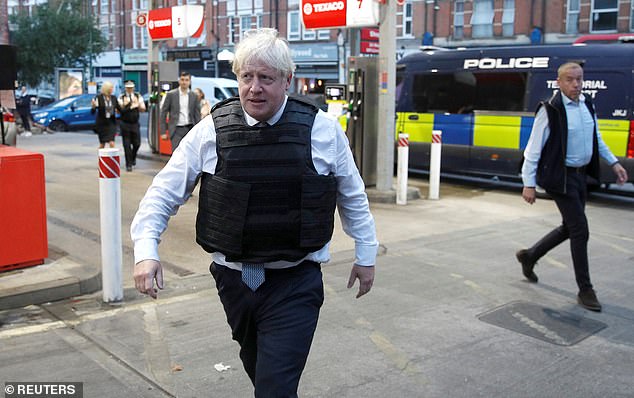 Speaking after the raid, Mr Johnson insisted his Government had cracked down hard on criminals

The PM referenced the recently passed Police, Crime, Sentencing and Courts Act as an example of how his Government had empowered officers in tackling crime.

The Government says more than 13,790 extra police officers have been hired across England and Wales as part of Mr Johnson’s pledge to put 20,000 additional officers on the streets.

The recruitment drive came after police officer numbers in England and Wales fell by more than 20,000 between 2009 and 2018, with Conservative-led governments in power from May 2010.

Mr Johnson said: ‘What also makes a difference is giving the police the powers they need to give criminals the tough sentences that they deserve, and that’s what we put through in our legislation.

‘Yes, of course, we’ve got to make our society ever safer, but you look at what they’ve done: 38 per cent reduction in neighbourhood crime, I think that’s a massive achievement.’