Detectives have launched a murder investigation after a man died following a fight on Richmond Bridge .

Police were called to the scene in south-west London at about 4am on Saturday and found a man in his early 30s who had suffered serious injuries.

The Metropolitan Police said officers administered CPR before paramedics took over and transported the man to hospital, where he died later that morning.

His next of kin have been informed and are being supported by specialist officers.

There have been no arrests over the alleged murder.

A post-mortem examination is yet to be performed. 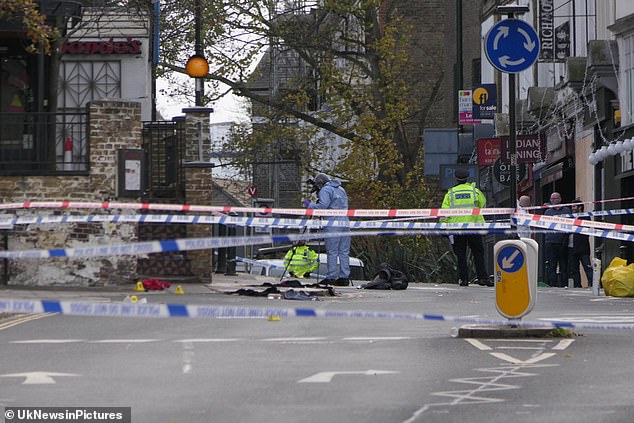 Forensic officers examine the scene at Richmond Bridge, where a man in his early 30s sustained fatal injuries in the early hours of yesterday 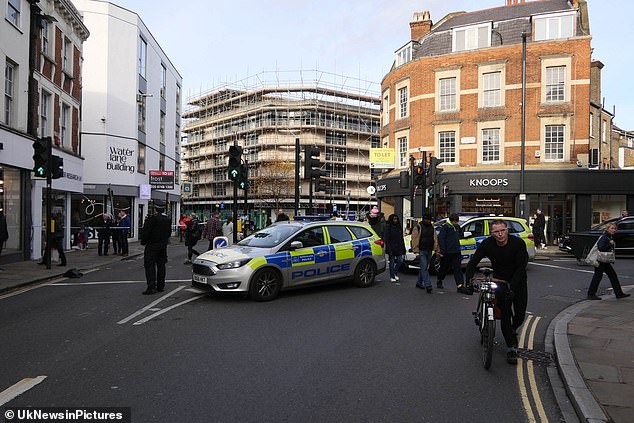 A police cordon remains in place around the historic bridge, centred in Richmond – one of Britain’s most affluent towns 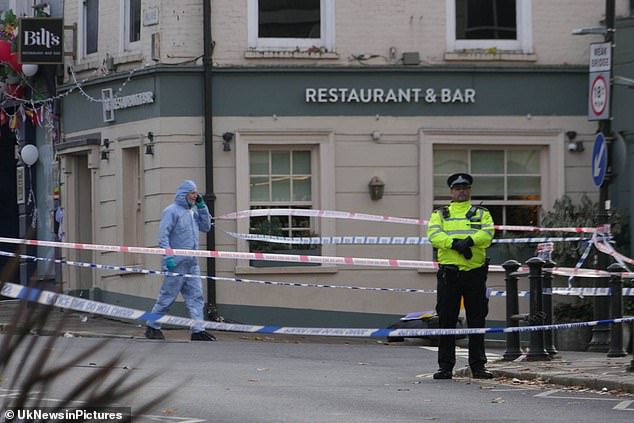 Detective Chief Inspector Katherine Goodwin, who is leading the investigation, said: ‘We believe a number of people watched the incident unfold and some onlookers may have recorded footage on their mobile phones.

‘Anyone who has yet to speak to us is urged to come forward immediately.

‘My team are working to provide the deceased man’s family with answers and the public could have valuable information that will help our investigation.’

Richmond policing lead Chief Superintendent Lis Chapple added: ‘My thoughts are with the man who died and his family.

‘We will do everything we can to support our colleagues in specialist crime as they work to establish what has happened here.

‘A scene will remain in place and my officers will remain posted at the scene and in the area to speak to local people about any concerns they have, or information they might want to share.’

Anyone with information is asked to call 101 or make an anonymous tip by contacting charity Crimestoppers on 0800 555 111.