Rishi scrambles to save face: PM hopeful issues feeble explanation after backlash over video of him boasting about how he diverted cash AWAY from ‘deprived urban areas’

Rishi Sunak has defended his remarks about how he took cash away from ‘deprived urban areas’ and gave it to more prosperous towns.

The former chancellor was filmed bragging that he had started changing public funding formulas when he was chancellor to ensure places like Tunbridge Wells receive ‘the funding they deserve’.

The New Statesman magazine, which obtained the video, said they were made to grassroots Tories in the Kent town on July 29.

The Tory PM candidate’s comments drew a sharp backlash and lead him to try and save face, speaking to Sky News today, he said: ‘I was making the point that deprivation exists right across our country and it needs to be addressed.’

He said he was pleased at the work he was able to achieve and called the previous funding formulas ‘out of date’, insisting they failed to recognise rural areas properly.

It promoted criticism, with Foreign Office minister Lord Zac Goldsmith – a close ally of Boris Johnson – saying: ‘This is one of the weirdest – and dumbest – things I’ve ever heard from a politician.’

Jake Berry, the chairman of the Northern Research Group of Tory MPs, said that in public Mr Sunak ‘claims he wants to level up the North, but here, he boasts about trying to funnel vital investment away from deprived areas’.

‘He says one thing and does another – from putting up taxes to trying to block funding for our armed forces and now levelling up,’ the Truss supporter said.

Labour said it was ‘scandalous’ that Mr Sunak was ‘openly boasting that he fixed the rules to funnel taxpayers’ money to rich Tory shires’.

But his supporters insisted he was talking about moving money from big cities to smaller urban areas, one of the key aims of levelling up.

Tees Valley mayor Ben Houchen said: ‘They should post the full clip, which would show Rishi Sunak talk about the local council funding formula and how it discriminated against non metropolitan areas in favour of cities – by giving them less money for things like adult and children services, highways and fire.’ 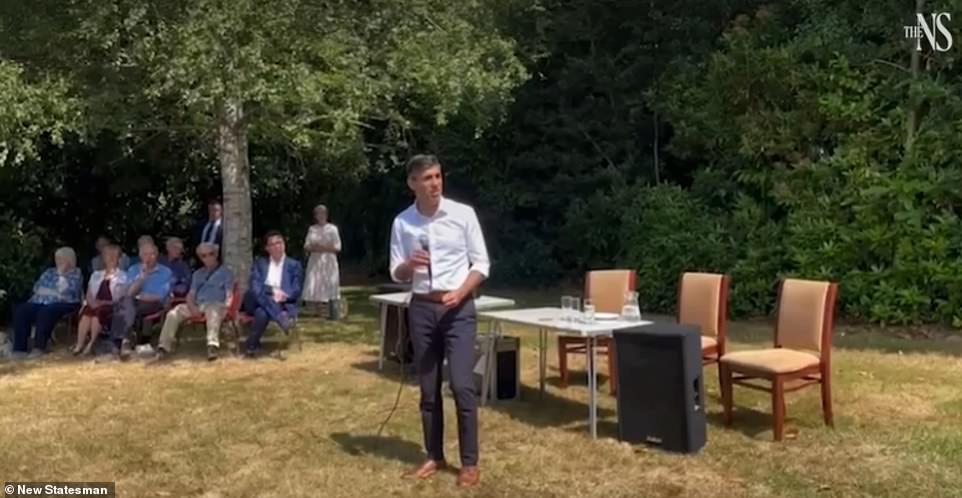 The former chancellor was filmed bragging that he had started changing public funding formulas when he was chancellor to ensure more prosperous towns receive ‘the funding they deserve’. 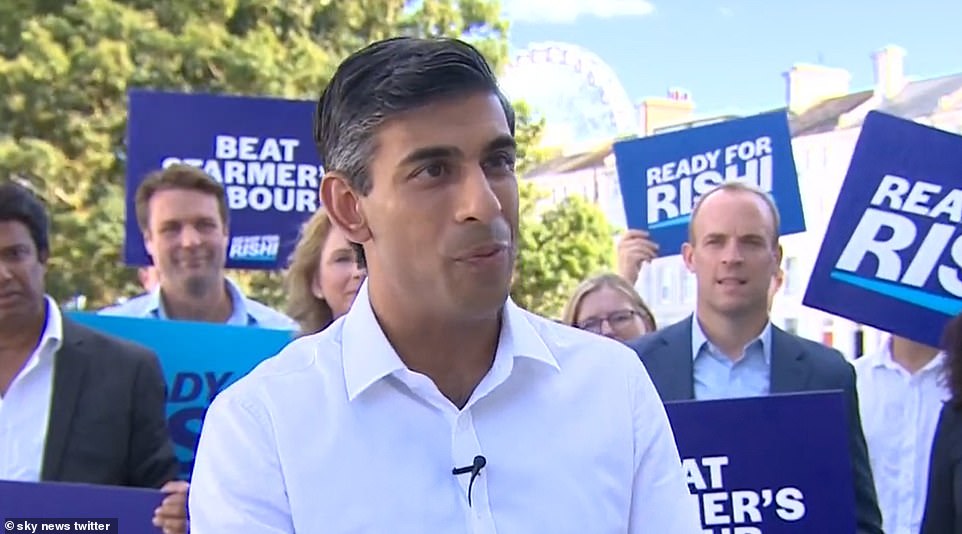 Rishi Sunak addressed the comments in an interview with Sky News, clarifying he was saying deprivation exists outside of urban areas too 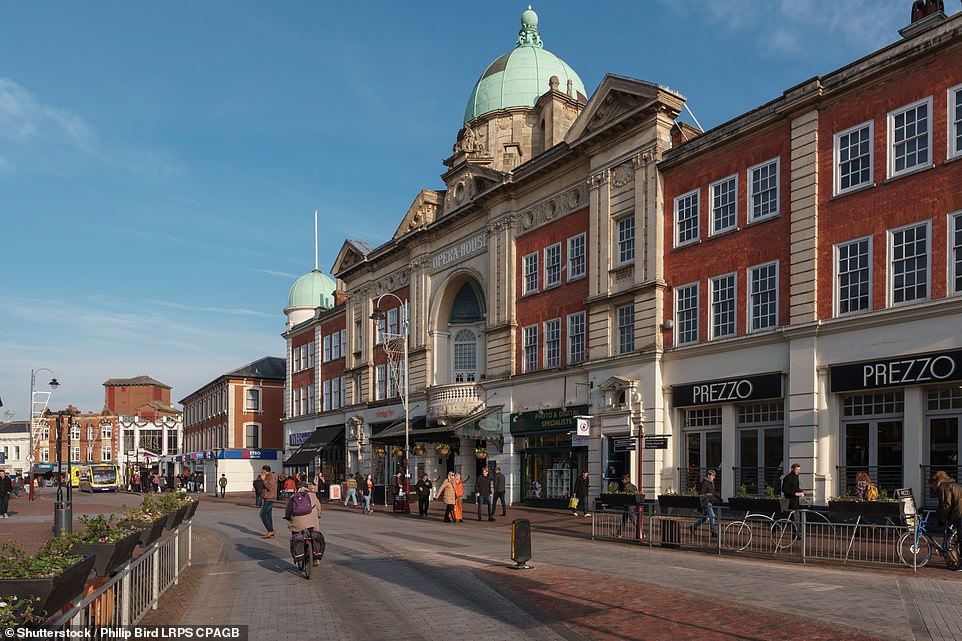 Labour said it was ‘scandalous’ that Mr Sunak was ‘openly boasting that he fixed the rules to funnel taxpayers’ money to rich Tory shires’. Pictured is Tunbridge Wells town centre 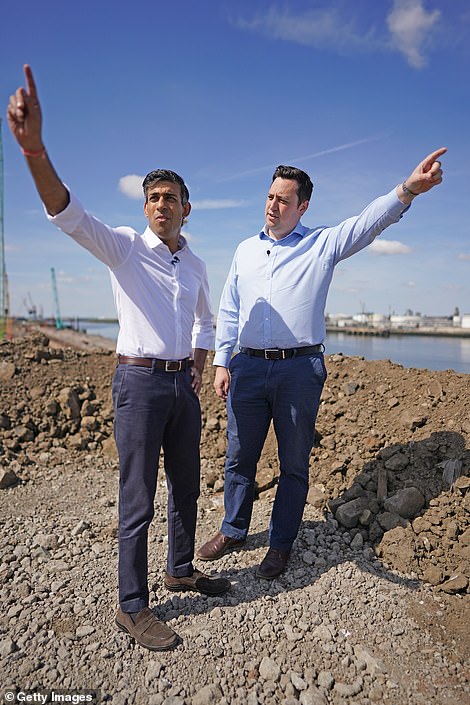 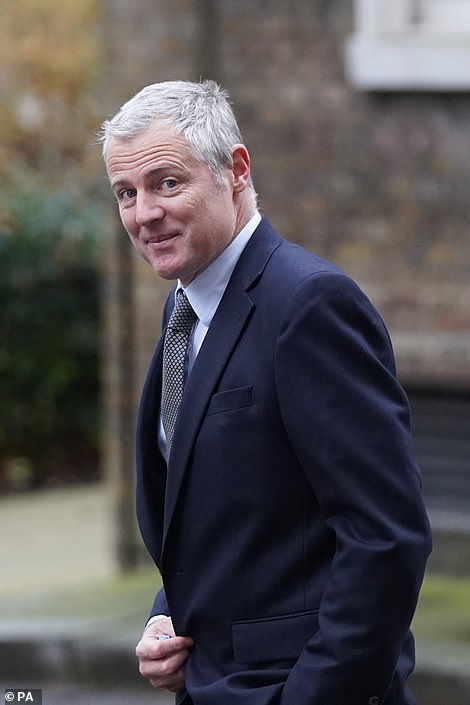 It promoted criticism from allies of Liz Truss, with Boris Johnson loyalist Lord Goldsmith calling it ‘one of the weirdest – and dumbest – things I’ve ever heard from a politician’. But Tees Valley mayor Ben Houchen said’ Strangely enough, most Red Wall areas that voted Conservative for the first time in 2019 – who have been left behind for decades -aren’t urban/city areas. Exactly the whole point of levelling up.’ 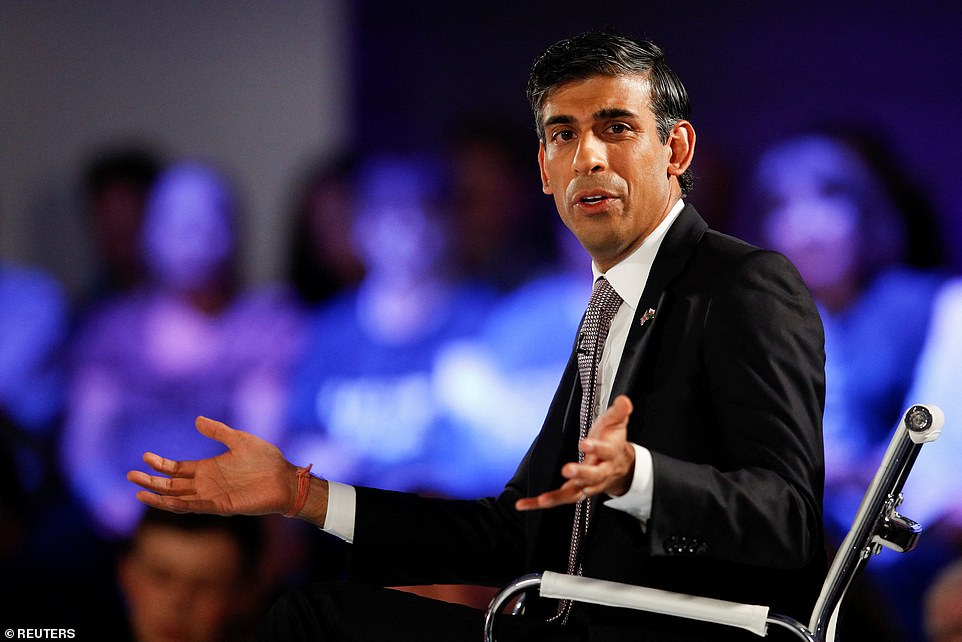 Ms Truss has been accused by rival Rishi Sunak of unveiling economic plans that will drive up inflation and borrowing.

A Cabinet minister defended Boris Johnson and Nadhim Zahawi’s holiday plans today amid criticism that they are abroad while economists warn of a looming economic disaster.

Mr Johnson and Carrie are believed to be in Slovenia on a ‘mini-moon’ after a belated wedding celebration last weekend.

At the same time, Chancellor Mr Zahawi has whisked his family off to their holiday home abroad, with Uk politics having largely shut down for the summer.

His deputy, Treasury Chief Secretary Simon Clarke, remains in London but has yet to appear publicly to discuss the situation.

Completing a sense of a political vacuum, Labour leader Sir Keir Starmer is also on holiday.

It came as the Bank Of England sent out a dire warning for the state of the economy in the coming months.

It predicted a five-quarter recession starting late this year and inflation hitting 13 per cent, up from a previous estimate of 11 per cent.

No10 has previously said that the PM will be keeping abreast of events while away. And this morning Business Secretary Kwasi Kwarteng said he is in ‘regular’ contact with both men, adding: ‘I’m here, I’m in your studio, I’m in a suit, I’m not on holiday’.

He admitted he ‘doesn’t know’ where the PM is, but asked where the Chancellor is, Mr Kwarteng told Sky News: ‘The Chancellor of the Exchequer is always available.’

Mr Sunak’s campaign did not dispute the video and instead defended its content.

‘Levelling up isn’t just about city centres, it’s also about towns and rural areas all over the country that need help too. That’s what he changed in the green book and he will follow though as prime minister,’ a source said.

In the video, Mr Sunak told Tory supporters in affluent Tunbridge Wells: ‘I managed to start changing the funding formulas, to make sure areas like this are getting the funding they deserve because we inherited a bunch of formulas from Labour that shoved all the funding into deprived urban areas and that needed to be undone.

‘I started the work of undoing that.’

The remarks from last week came as Mr Sunak tries to make up ground against Foreign Secretary Liz Truss to win the backing of party members who will choose the next prime minister.

Labour’s shadow levelling up secretary Lisa Nandy said: ‘This is scandalous. Rishi Sunak is openly boasting that he fixed the rules to funnel taxpayers’ money to rich Tory shires.

‘This is our money. It should be spent fairly and where it’s most needed – not used as a bribe to Tory members.

‘Talk about showing your true colours…’

She today wrote to Levelling-Up Secretary Greg Clark – who happens to be the MP for Tunbridge Wells, saying;

‘This is deeply concerning. The former Chancellor is admitting to fixing the rules to funnel taxpayers’ money to affluent parts of the country at the expense of areas he himself admits are ”deprived”.

‘Public money should always be distributed fairly and spent in areas where it is most needed. It is completely unacceptable for ministers to allocate taxpayer funds in order to secure political gain for themselves or their party.’

The need to improve areas of the north and Midlands has proven an Achilles heel for both candidates.

Liz Truss U-turned to scrap a major part of a proposed ‘war on Whitehall waste’ this week after Tory critics warned it meant cutting the pay of millions of workers outside the South East, leading to an electoral disaster.

The Foreign Secretary announced plans to save up to £11billion with major reforms to Civil Service pay and conditions.

Some £8.8billion of savings was to come from axing national pay boards outside the South East and tailoring pay for new starters to reflect local private sector rates.

But in order to save the colossal sum experts said the scheme would have to reduce pay for all public sector workers – including teachers, nurses and soldiers – and not just civil servants. This was denied by Team Truss.

But she reversed the plan today after criticism from Northern Tories and supporters of Rishi Sunak over how it would be seen in the Red Wall seats the party took from Labour at the last election, at a time of growing cost-of-living fears.

Ms Truss could bring in a sweeping round of tax cuts before the end of September as she insists a full-blown recession is not ‘inevitable’.

The favourite to become the new Tory leader and prime minister is believed to have earmarked September 21  – two weeks after taking power – for her chancellor to hold an emergency budget.

It came amid dire warnings for the future of the UK economy as the Bank of England predicted a five-quarter recession starting late this year and inflation hitting 13 per cent.

Last night in a live TV debate on Sky News both she and rival Rishi Sunak insisted that their economic plans were the right way forward. They face another interrogation at a hustings in Eastbourne this evening.

She has pledged to cut National Insurance and scrap a planned Corporation Tax rise. But Mr Sunak has said his own cuts would have to wait until inflation was back under control because that is the most important issue.

Speaking in London today she acknowledged there will be a ‘tough winter’ ahead but said there is a need to move away from the ‘business-as-usual’ policies to help ‘reform the economy’.

On a visit to meet key investors in the City of London, she told reporters: ‘The reality is we’re facing a recession if we carry on with our business-as-usual policies.

‘People are struggling – whether it’s to pay food bills or fuel bills – that’s why it’s very important we reverse the national insurance increase, we have a temporary moratorium on the green energy levy to help people with their fuel bills.

‘The most important thing is getting the economy going so we avoid a recession and the business-as-usual policies aren’t working, we need to do more, and that’s why I am determined to reform the economy and keep taxes low.’

However both Tory leadership contenders tax cut plans were criticised by experts today, amid forecasts of economic doom.

Paul Johnson, director of the Institute for Fiscal Studies think tank, told BBC Radio 4’s Today programme that the ‘fiscal headroom’ they have quoted in order to make it work may no longer exist.

‘What they’re talking about is that the Office for Budget Responsibility at the time said that we’d be borrowing about £30 billion less than we absolutely could to meet the fiscal target of a balanced current budget in a few years’ time,’ he said.

‘Now that was itself highly uncertain and still gave us a fairly high probability of not meeting the Conservatives’ own fiscal rules, but more importantly now with the economy changing and completely going into recession, inflation much higher than expected, those numbers are massively out of date. 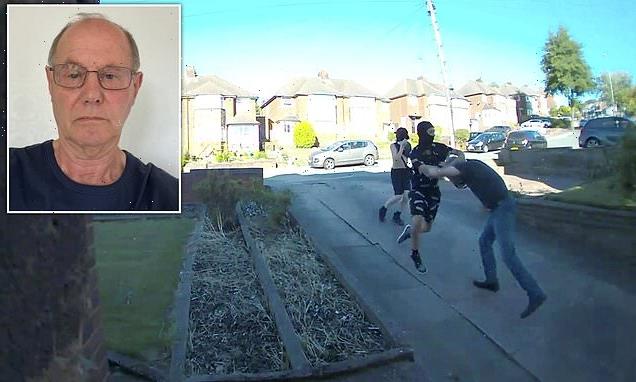 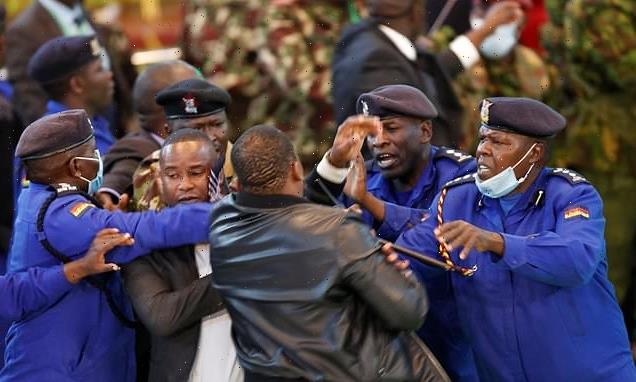