The record for Sydney’s wettest year in history is set to be broken by the end of the week, as a major weather system across Australia’s east coast continues to bring intense rainfall from north Queensland all the way to Tasmania.

Despite it being just the first week of October, Sydney is already experiencing its second-wettest year in history in 164 years of records dating back to 1858. 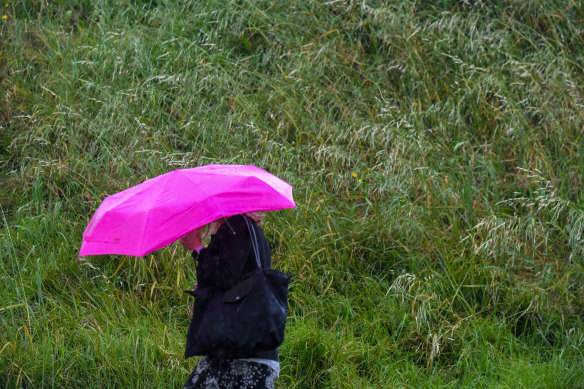 Rain rolled across Sydney on Wedneday. This year is set to be the city’s wettest year in history.Credit:Peter Rae

After 17.6mm of rainfall fell overnight, Sydney has now clocked 2130mm of rain for the year as of 9am on Wednesday.

The amount is just 64mm short of the current wettest year on record in 1950 that recorded 2194mm across the whole year.

Weatherzone meteorologist Aline Ribeiro said the major weather system has come as the result of a series of “really deep troughs” joining together, which is set to bring days of heavy rainfall to both Sydney and western NSW.

“It is a big one because they’ve crossed over, but today is supposed to be the worst of the severe weather conditions,” Ribeiro said.

A flash flooding warning has been issued for Deniliquin, Griffith, Hay, Cobar, Bourke and Brewarrina with six-hourly rainfall totals of up to 40mm forecast. 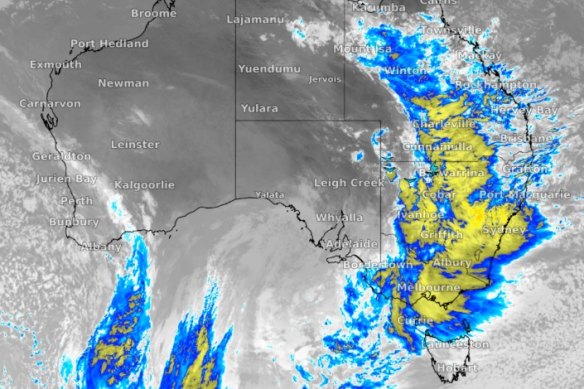 The NSW SES currently has 47 “watch and act” and “advice” warnings in place, but is yet to issue any evacuation orders.

“It will be a difficult week but even more so a difficult summer, and significant flooding is expected as well,” Perrottet said. “If an evacuation order is in place you need to leave immediately.”

The rainfall is currently the worst over the state’s west but is set to move east over the coming days.

Ribeiro said Sydney’s wettest year on record could be broken as early as the weekend.

“Today and Friday should see a lot of rain, so we will just have to wait to see the numbers after Friday,” she said.

Up to 125mm of rain is currently forecast to hit Sydney before Monday morning with both Wednesday and Thursday set to record rain totals of 20mm each.

Friday is set to bring 10mm rain to the harbour city before a rainy weekend that will see 30mm fall on Saturday and a total 45mm on Sunday. 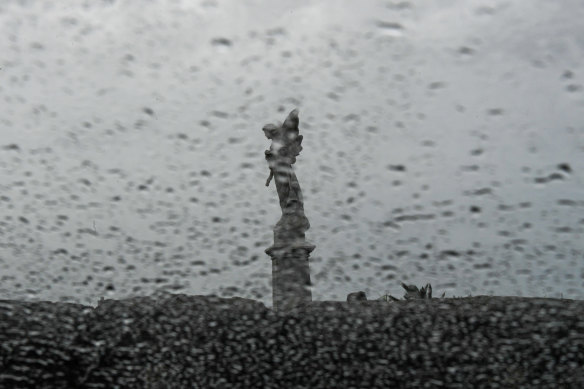 Waverley Cemetery on Wednesday. After 17.6mm of rainfall fell overnight, Sydney has now clocked 2130mm of rain for the year.Credit:Peter Rae

The weather system is also expected to bring strong winds to most of the NSW coast with marine wind warnings in place for the Hunter Coast, Sydney Coast, Illawarra Coast, Batemans Coast and Eden Coast.

A hazardous surf warning is also in place for the Macquarie Coast, Hunter Coast, Sydney Coast and Illawarra Coast.