Abbott said he sent two buses of migrants to Harris’s residence on Thursday.

“We’re sending migrants to her backyard to call on the Biden Administration to do its job & secure the border,” he tweeted at the time.

Abbott and other Republican leaders from border states have been sending migrants to Democratic-led cities for months, calling it a protest of President Joe Biden’s immigration policies amid an influx of migrants at the southern border.

Abbott and Florida Gov. Ron DeSantis escalated the scheme this week by dropping off approximately 100 migrants outside Harris’s Washington home and on Martha’s Vineyard, the island just south of Cape Cod where former President Barack Obama has a residence.

The moves sparked national attention, and outrage from the White House and Democrats who said the lawmakers were using migrants as political pawns. Republicans have cheered the move, arguing the Biden administration should do more to secure the border. 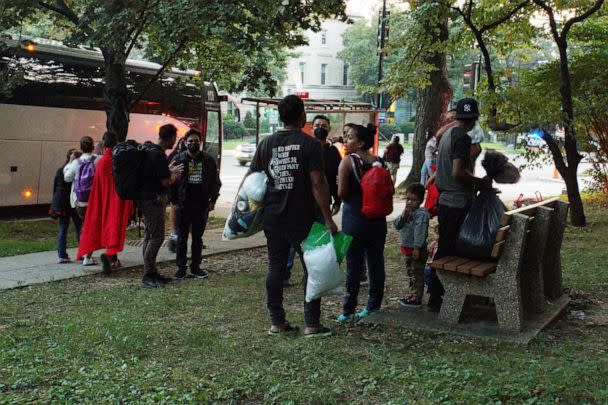 Some Democratic lawmakers said they received no prior warning the migrants were going to be arriving.

Massachusetts Gov. Charlie Baker said the state has since offered voluntary transportation of the migrants off of Martha’s Vineyard to a temporary shelter at Joint Base Cape Cod.

One Venezuelan immigrant, Victor, told ABC News’ Armando Garcia that he was there when someone was asking migrants to sign their name on a list to get a seat on the plane. He did not sign up because the offer sounded too suspicious and because it did not align with his plans to eventually get to New York City.

Victor said he feels for the people that were duped into taking those flights, but he understands why they took that risk.

“It’s complicated because they tell you you’ll have everything you want, but when they arrived people were basically lost,” he said. 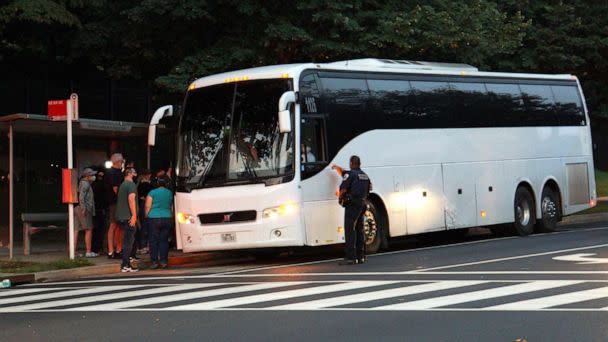 The White House said FEMA administrators have been meeting with city officials on site to coordinate available federal support, but have largely dodged questions on how to improve the immigration system — stating they inherited a broken process from the Trump administration.

“It’s un-American, it’s reckless and we have a process in place to manage migrants at the border,” he said at a gala for the Congressional Hispanic Caucus. “We’re working on making sure it’s safe and orderly and humane. Republican officials should not interfere with that process by waging these political stunts.”

“I have $12 million for us to use and so we are going to use it and you’re gonna see more and more. I’m going to make sure that we exhaust all those funds,” he said at a press conference.