Transgender charities are receiving taxpayers’ money to promote their ‘dangerous’ agendas through a loophole that ministers have vowed to close.

A lack of Whitehall oversight has allowed groups including Mermaids and Gendered Intelligence to receive grants via other charities.

It means millions of pounds are being given to controversial bodies. Gendered Intelligence has been criticised for giving seminars in schools on children as young as four changing gender.

Mermaids received £10,000 in the 2019-20 financial year from a fund administered by UK Youth, which receives government grants.

The minister for Brexit Opportunities, Jacob Rees-Mogg, has pledged to set up a grants oversight board to make sure money no longer goes to such charities. He told The Daily Telegraph he wants to impose rules on charities that would mean they have to declare where they would distribute the grants in advance. In the most serious cases, the Government could even ask for the money back. 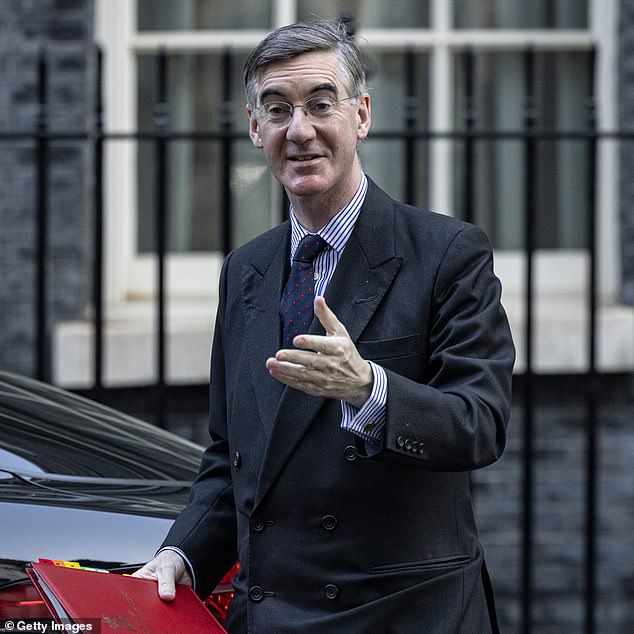 The minister for Brexit Opportunities, Jacob Rees-Mogg, pictured, has pledged to set up a grants oversight board to make sure money no longer goes to such charities

Mr Rees-Mogg said: ‘The grants ministerial oversight board is designed to ensure that taxpayers’ money cannot disappear into organisations that push divisive and dangerous agendas. It is an essential principle that there is democratic oversight of how government spends money.’

It emerged last night that the Fire Brigade spent £17,000 painting trucks in rainbow colours as part of inclusivity and recruitment drives. The payments included Oxfordshire Fire and Rescue Service spending £4,320 and Dorset and Wiltshire shelling out £3,390, The Sun revealed.

Taxpayers’ money is also being handed to groups that oppose government policy. Migrants Organise Ltd, which received more than £10,000, described the Rwanda refugee policy as ‘kidnapping and deporting of refugees’.

Tom Ryan, of the TaxPayers’ Alliance, said: ‘Taxpayers are being ripped off in the rush to be right-on. [The] focus should be on fighting fires, not culture wars.’