Trump aides unlikely to face charges on their own in Mar-a-Lago probe, former prosecutors say

WASHINGTON – Donald Trump’s aides are unlikely to be charged with mishandling government documents recovered in the unprecedented search of his Florida estate unless the former president is charged too, according to legal experts.

Potential criminal charges including the Espionage Act cited in the search warrant require willful criminal intent,a legal standard that might not apply to aides who simply packed or moved boxes without knowing what they contained, former prosecutors say. The Espionage Act doesn’t necessarily allege spying, but it covers mishandling documents about national defense.

Aides who knowingly moved or hid classified records could face charges. But even then, former prosecutors say, they wouldn’t expect document charges against aides unless Trump himself were charged.

The big question: Did Trump aides know they were mishandling classified documents?

FBI agents recovered 11 sets of “secret” and “top secret” documents in the search of Mar-a-Lago this month. But the three statutes cited to justify the warrant don’t require classified documents, just mishandling of defense documents, concealment or removal of government documents, or obstruction of justice.

The National Archives and Records Administration recovered 15 boxes of documents in January, including 100 classified documents comprising 700 pages, according to a May 10 letter from the agency to Trump lawyer Evan Corcoran.

“All the back and forth between the archives, the Department of Justice and Trump and his staffers and attorneys, that proves criminal intent,” Neama Rahmani, a former federal prosecutor and now president of West Coast Trial Lawyers in Los Angeles. “It’s a problem.”

Trump and his former aides have suggested he declassified documents in his possession. But the exchange of letters between Trump’s lawyers and National Archives don’t mention declassifying documents.

“The whole issue with classified and declassified is really a red herring,” Rahmani said. “The statutes at issue have nothing to do with whether the documents were classified.”

Charges under Espionage Act are rare

Charges are relatively rare under the Espionage Act, which prohibits gathering, receiving or copying national defense information, such as providing data about installations to foreign adversaries. A violation also could be copying sensitive materials such as codebooks or maps. The statute carries a maximum 10-year prison term.

Other cases have involved high-profile leaks about documents such as the Pentagon Papers concerning the Vietnam War, the Wikileaks release of State Department diplomatic communications, and Edward Snowden’s release of information about National Security Agency surveillance.

Trump hasn’t explained why or how he moved or kept the documents at Mar-a-Lago after leaving office. Authorities haven’t revealed how the documents were moved or who handled them. U.S. Magistrate Judge Bruce Reinhart ordered the Justice Department to release a redacted version of the affidavit used to the justify the search by noon Friday, which could shed light on why documents were at Mar-a-Lago.

Legal experts who theorized about how the documents were moved said lower-level staffers simply packing and moving the boxes could defend themselves by saying they didn’t know what the documents were, according to legal experts. Mariotti and another former federal prosecutor, Paul Rosenzweig, said the statutes require knowledge of wrongdoing to charge defendants.

“They were just doing what they were told,” said Rosenzweig, senior counsel on the Whitewater investigation of President Bill Clinton who now manages Red Branch Consulting for cybersecurity. “They might not have even known the nature of the documents they were collecting and ferreting away,”

More: Trump’s relentless attacks on Mar-a-Lago search lack context. What he said vs. what we know.

“The law is clear that those documents are supposed to remain at the White House to be transferred to the National Archives,” Rahmani said. “They’re certainly not supposed to leave D.C. and go to Mar-a-Lago or anywhere else.”

“What you want to do as a prosecutor is obviously get the head of the snake,” he said. “By charging lower-level folks, that puts pressure on them to cooperate with the real target of the investigation.”

The legal risk could be greater for higher-level staffers such as former White House chief of staff Mark Meadows or Kash Patel, a former assistant to Trump – but only if they knew they were mishandling sensitive documents. Patel has argued that Trump declassified documents and that he hoped to publish them.

“My guess is that Patel didn’t have any knowledge about the movement whatsoever,” Rosenzweig said. 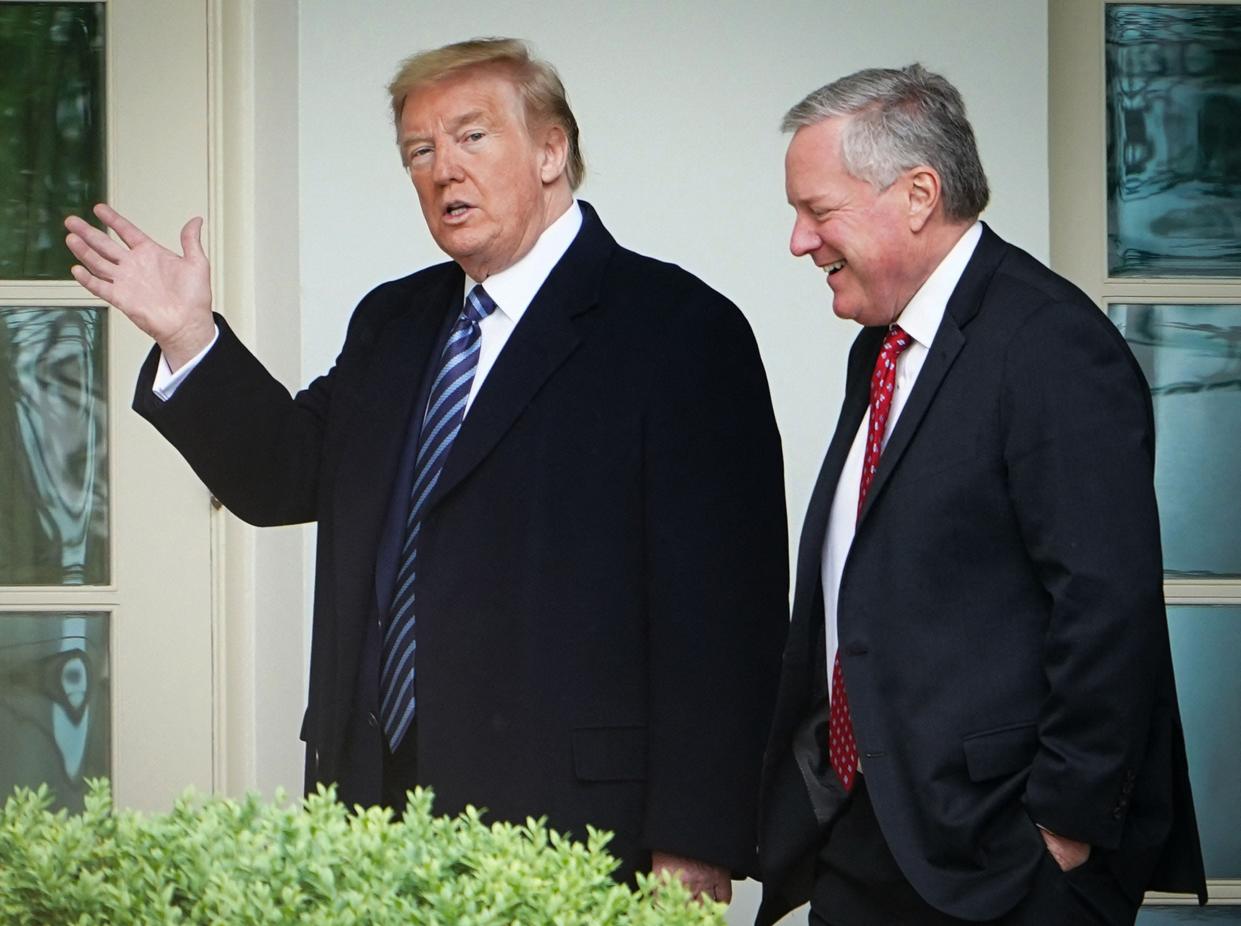 Corcoran and Bobb, who didn’t reply to requests for comment, could say they were told all classified documents have been turned over as a defense against criminal charges, according to legal experts.

But in that case, the investigation could put the lawyers in the uncomfortable position of becoming witnesses in the inquiry.

More: ‘Can I count on you?’ Trump revs up fundraising pitches after FBI’s Mar-a-Lago search

Bradley Moss, a national security lawyer, said the government will be interested in aides who allegedly helped resist efforts by the National Archives to recover the documents. Moss cited lawyers who drafted and signed the sworn statement that all documents had been returned or staffers who allegedly reorganized and relocated records from the storage room at Mar-a-Lago.

“Not only are all of those individuals a material fact witness at a minimum, they all have considerable criminal legal exposure,” Moss said.

The lawyers could fight becoming witnesses by arguing that communications fell under attorney-client privilege. But former prosecutors expected the claim to fail because the privilege doesn’t cover discussions of criminal activity.

“They would essentially be pointing the finger at their own client,” Mariotti said.