A Ukrainian nurse was allegedly abducted from her own home and hanged in front of a courthouse for rebuffing occupiers in Russian-occupied Ukraine.

Disabled children’s nurse Tetyana Mudryenko, 56, and her husband Anatoly Orekhov, 69, were reportedly kidnapped on October 7 from their front garden in the occupied coastal city of Skadovsk, in the Kherson region of Ukraine.

On a seaside walk in the spring, Mrs Mudryenko and her sister came across a group of Russian soldiers wearing balaclavas – and confronted them asking: ‘Why are you here? Will you shoot me?’

She was then dragged into the streets by pro-Moscow authorities and hanged in public execution on October 15. 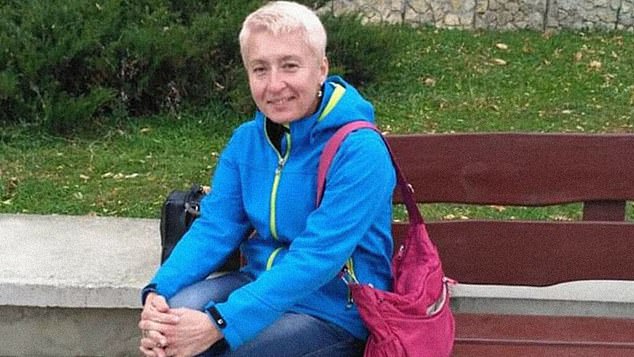 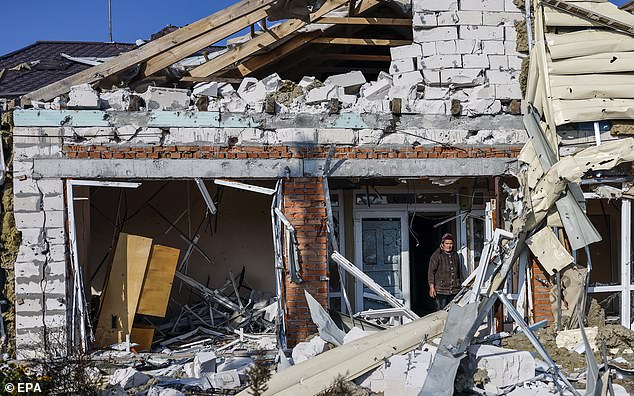 A nurse inspects a damaged medical centre in close proximity to the frontline, in the Kherson region, Ukraine

Her official cause of death was recorded as ‘mechanical asphyxiation’ by the medical examiner.

Mrs Mudryenko’s twin sister Natalia Chorna, 56, warned her not to antagonise the Russian troops. ‘In occupied Skadovsk, you can’t have your own opinion,’ she said.

The sisters attended demonstrations in Skadovsk since the Russian occupation in late February, chanting slogans and singing Ukrainian songs.

They demanded that Mayor Oleksandr Yakovlev, who was taken prisoner, be released.

Ms Chorna said that during one protest pro-Russian forces unexpectedly threw smoke grenades at the crowd and chased protesters down two blocks.

Ms Chorna learned her sister, also known as Tanya, was missing from pro-Ukrainian members of the public, the Ukrainian non-governmental organisation The Media Initiative for Human Rights reports.

Natalia Chorna later found out about sister’s death when she was sent photos of her dead body in the morgue along with the medical examiner’s report which claimed she died by asphyxiation.

It has also been reported that Mrs Mudryenko’s home was ransacked by Russian forces who stole her and her husband’s car and bicycles.

Natalia wrote a post on a social network: ‘This is my twin sister, she and her husband have been held in the Skadovsk pre-trial detention center for two days, the husband was beaten, the house was searched, a car and two bicycles were taken.

‘She said that “Skadovsk is Ukraine”. You can’t have your own opinion in Skadovsk.’ 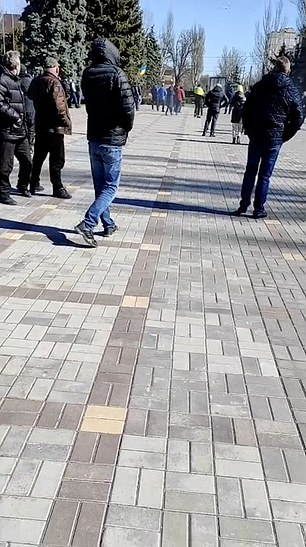 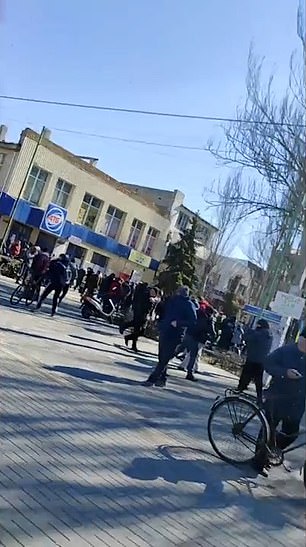 Ukrainian protestors against the Russian occupation of Skadovsk, in the Kherson region 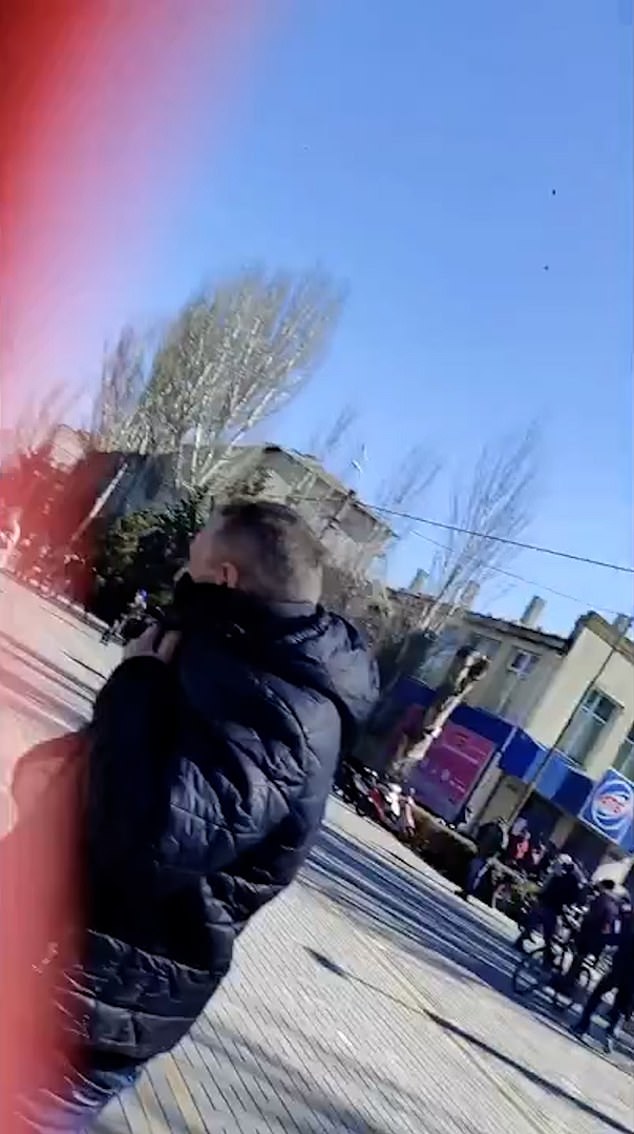 At the protests, the Russians dispersed the residents with smoke grenades

A few days later, the message ‘A woman was brought in with strangulation’ appeared in another group.

‘The contributor’s name was erased. I called the occupied police, they answered that they knew my name and threatened that they were waiting for me. I panicked, started calling friends who once worked in law enforcement,’ she continues.

At first, the occupiers denied the information about Tetyana’s death by phone, but on October 15 they confirmed it. Natalie was sent the photo in question from the local morgue.

‘One local resident told me that Tetyana was allegedly hanged by police collaborators in front of the court building,’ Natalya said.

‘People say that the sister’s phrase “Skadovsk is Ukraine” could have been the reason, and the local internet community wrote that at the time when Tetyana and Anatoliy were kept in the station.’

Mrs Mudryenko’s husband Mr Oryekhov was also reportedly been released from captivity with a broken arm on October 18 but his whereabouts are currently unknown.

The Ukrainian state security service, the SBU, conveyed on Telegram on October 14 that there had been multiple ‘instances of murder and torture of local residents during the temporary occupation’ of the Kherson region.