Wetherspoon pub slammed by mother, 62, after bar staff refused to serve her son, 35, who has cerebral palsy ‘because they thought he was drunk’

A mother has slammed Wetherspoon claiming that bar staff refused to serve her disabled son because they thought he was drunk.

Ross Wilson, 35, was left feeling ‘humiliated’ when a staff member at the Alexander Graham Bell pub in Edinburgh allegedly didn’t believe he had cerebral palsy.

His mother Karen, 62, claims the bar worker ‘smirked’ when she said her son suffered mobility and learning difficulties as a result of the condition which means he can struggle with balance and co-ordination.

Ms Wilson said that she and Ross, of Newtongrange, Midlothian, met up with her older son Sean at the pub and the two men each had a couple of lagers.

She said that Ross has an ataxic [imbalanced] gait and went to the toilet a few times before Sean went to the bar at 7:30pm to get their last round before they got the train home.

The bar manager refused to serve Ross, stating that he was drunk. 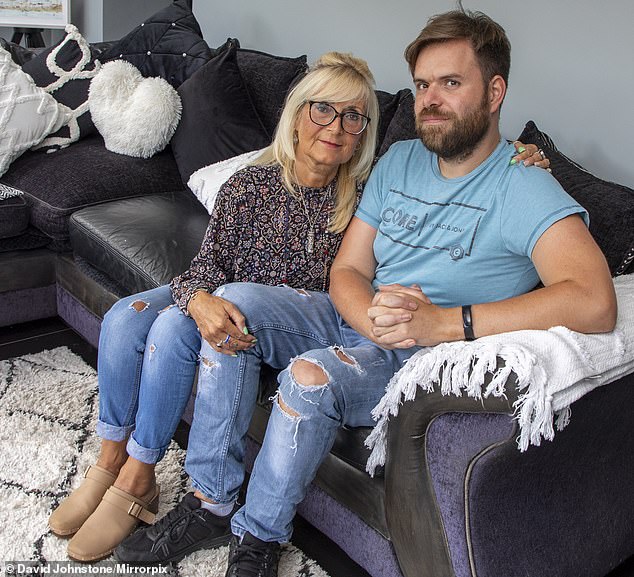 Karen Wilson, 62, said her son Rob, 35, was left feeling ‘humiliated’ when a staff member at the Alexander Graham Bell pub in Edinburgh allegedly didn’t believe he had cerebral palsy

Ms Wilson said when Sean tried to explain that Ross had cerebral palsy, the bar manager was ‘dismissive’ and showed no understanding.

She added: ‘I also made him aware that I was a teacher and was well aware of The Equality Act and that this was clearly discrimination,’ the Daily Record reported.

Ms Wilson is now campaigning for landlords to support customers with disabilities to make them feel welcome and ‘part of society’.

She said: ‘I don’t want anyone else to experience what Ross did. I want something put in place to ensure it doesn’t, such as a wrist band that a disabled person could wear.

‘I tried to explain Ross’ condition but the worker wasn’t interested. It’s heartbreaking that he’s treated like this. He was humiliated.’

In an email to Wetherspoon, Ms Wilson described how the staff member had made an ‘arrogant judgement’ that her son was drunk.

She wrote: ‘This was the manager’s perception from watching him make his way to the toilet. He did not communicate with him, he just made an arrogant, presumptuous, disgraceful judgement.’

She insisted the manager did not communicate with her; but instead smirked, indicated to the bouncer to come over.

Ms Wilson also stated would be contacting her MP and the Government to voice her concerns over the lack of understanding around equality and discrimination.

However, she said the ‘ridiculous’ response she received ‘missed the point’ and was ‘not in the least bit apologetic’.

She said the email she received from the customer services department said they were satisfied with the way Ross was treated and that he was refused service because she was the one who was intoxicated.

Yet Karen said she is teetotal and had two coffees and a soda and lime that day.

The email sent to Karen said Wetherspoon hoped she would visit again soon but she said they had a ‘cheek’ to say this and that the way her on was treated was ‘despicable’.

Wetherspoon spokesman Eddie Gershon said: ‘Wetherspoon apologises for any inconvenience or upset caused to Mr Wilson during his recent visit to The Alexander Graham Bell, Edinburgh. 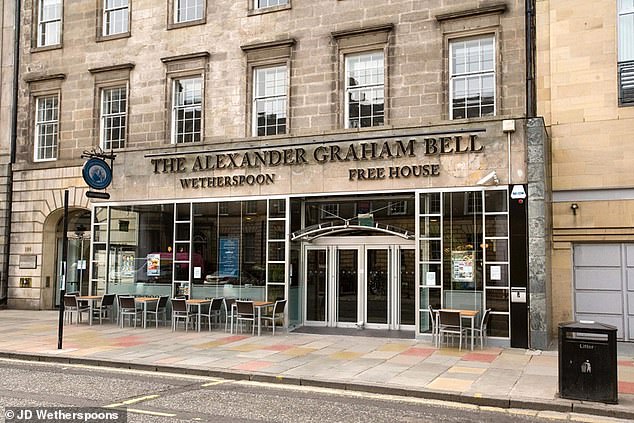 ‘Having investigated the matter with the management team, the pub staff mistook the customer’s symptoms as possible signs of intoxication.

‘Pub staff have a responsibility under licensing laws not to serve alcohol if it is felt that a customer is already intoxicated.’

He added that Ross was refused service because of the member of staff’s ‘genuine belief’ he was drunk and that when he was advised that Ross had cerebral palsy, he apologised.