What Chet Holmgren's injury means for the Thunder this season

Before Chet Holmgren was drafted No. 2 to the Oklahoma City Thunder in June, the biggest concern NBA teams had during the pre-draft process was his slight frame and size. At a towering 7-foot-1 and only 195 pounds, many scouts wondered if he could sustain the rigorous 82-game NBA season without a serious injury.

Regardless of how concerning his size is, Holmgren went his entire high school and college career without any serious injures. He played his entire freshman season at Gonzaga and never backed down from any competition when he was the No. 1 recruit coming out of high school, avoiding any serious ankle, knee or foot injuries.

That all changed Saturday when Holmgren suffered a Lisfranc injury to his right foot during a pro-am game in Seattle.

It was a star-studded event with LeBron James, Jayson Tatum, Dejounte Murray, Aaron Gordon and rookies Paolo Banchero, Tari Eason, MarJon Beauchamp and Holmgren all sharing the court in a packed gym at Seattle Pacific University. Two minutes into the game, James had the ball in transition with Holmgren backpedaling and trying to challenge James at the rim. It’s difficult to see when or how the injury occurred, but the game was called right before halftime due to the court being too slippery, which could have directly impacted Holmgren’s mishap.

Here’s the play where Chet Holmgren got hurt tonight. He was guarding @KingJames one-on-one. It’s hard to tell how he got hurt. He might have just stepped weirdly. @[email protected]#thunderpic.twitter.com/AzUBYUgnyV

The Thunder announced Thursday that Holmgren will miss the entire 2022-23 NBA season with Holmgren requiring surgery in the coming weeks, a huge blow to this young, talented Thunder team. During the NBA’s Summer League in Salt Lake City and Las Vegas, point guard Josh Giddey and Holmgren put on a show and had started forming the on-court chemistry coaches and fans dream of. There were lobs off the pick-and-roll, long passes from Giddey in transition for easy dunks and blocks that turned into easy offense with how well Holmgren protects the rim.

“I can’t wait to continue to play with him, and we’re both team-first players and want to win,” Giddey told Yahoo Sports last month.

With Chet Holmgren out, will Thunder tank for Victor Wembanyama?

The growing potential of this Thunder team will be put on hold again this season with Holmgren sidelined. Last season, Giddey was plagued with a hip injury in February and was forced to sit out the rest of the season. The Thunder won a combined 46 games the last two seasons, and even though the rebuild has been quick, the losing has been painful for fans.

Holmgren being out his entire rookie season is a tough loss for the Thunder but on the positive side, this could open the door for another year of tanking for Oklahoma City to ensure a high draft pick in a monster 2023 draft class that’s loaded with talent toward the top of the draft.

The Thunder still have a remarkable 38 draft picks (19 in the first round and 19 second) in the next seven years and can afford another losing season to capitalize on landing either 7-foot-3 phenom out of France, Victor Wembanyama, G League Ignite point guard Scoot Henderson or one of Overtime Elite’s playmaking guards, Amen Thompson and Ausar Thompson, all projected top-five picks.

“The amount of progress we’ve made in the offseason relative to the players who we’ve added, the improvement of a lot of our existing players, some of the things we learned last year, we’re coming into the season an improved team,” general manager Sam Presti said Thursday. “I don’t know how this season will go, and if anyone thinks they do, they’re probably not right, so we have to see how it unfolds, and we’ve done that every year.”

Whether you want to call it tanking or being patient with the rebuild process, Thunder fans will have to be patient for one more year to hopefully see the full potential of this young, up-and-coming team. 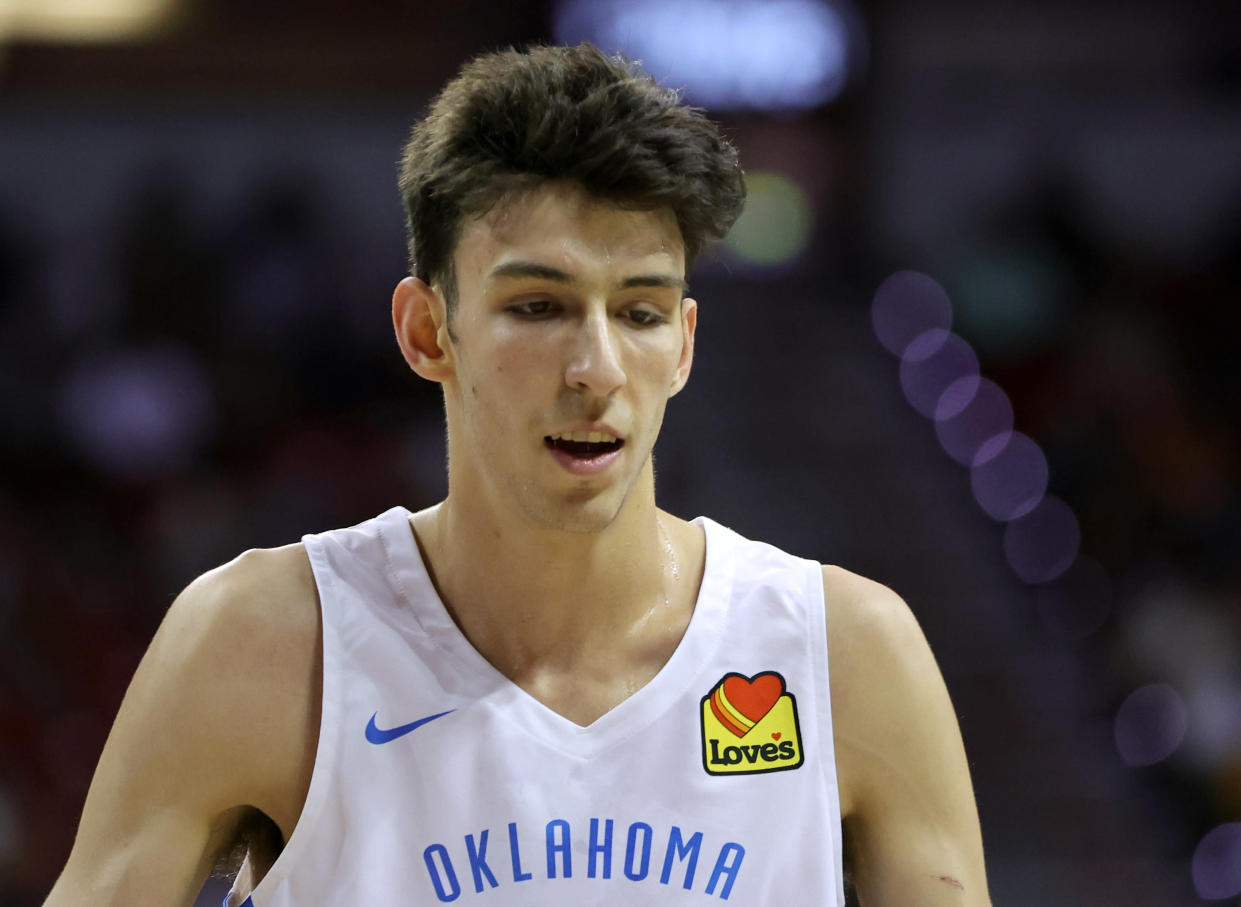