Why NASA’s space program has delivered 50 years of disappointment

Examine, a free weekly newsletter covering science with a sceptical, evidence-based eye, is sent every Tuesday. Below is an excerpt – sign up to get the whole newsletter in your inbox.

NASA’s great big moon rocket sits on its launch pad in Florida as engineers work to fix yet another setback. The agency scrapped its launch on Saturday – the second time Artemis I has missed its launch window.

Over six decades of spaceflight, NASA have become masters of publicity – just witness the extraordinary media attention around the James Webb Space Telescope’s first pictures. The planned launch of Artemis drew worldwide attention before fizzling out in a cloud of liquid hydrogen. 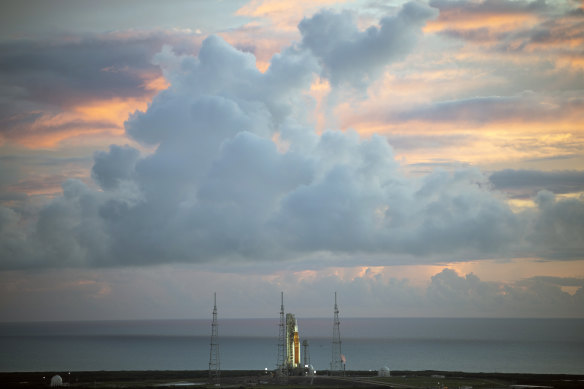 Big rockets are undoubtedly cool. Space exploration is meant to be inspiring. But … I sometimes suspect all this fanfare and inspiration can distract us from taking a more critical view of humanity’s space ambitions. Viewed through a critical lens, the story of space since we landed on the moon in 1969 is one of missed opportunities, unfulfilled potential and deep frustration.

Even Artemis – a political creation that is years late and billions of dollars over budget – promises only to take us back to somewhere we’ve already been.

“When Neil Armstrong took that first small step on the moon, it was widely hailed as the initial step on a stairway to the stars,” writes astrophysicist Paul Davies in Cosmos. “Half a century on, with humans seemingly stuck in low-Earth orbit, the prospects for interplanetary, let alone interstellar, travel look bleak.”

On 14 December 1979, a few days before Christmas, humanity left the moon for the last time. Apollo 17 was the last of six trips to the moon; 12 people walked the moon’s pale surface.

At the time, the moon landings must have seemed like only the first tentative steps into the solar system – a mere skip and a hop away from Mars, and then onto other worlds.

Indeed, NASA’s 1950s strategy was falling into place. Step 1, get into space. Step 2, build a reusable space vehicle, to dramatically cut the cost of leaving Earth. Step 3, use this ship to build a space station. Step 4, use that station as a launch-pad to get to other planets.

NASA mapped it out. A 100-person space station and manned lunar base should be up and running by 1976, and humans should be on Mars in the ’80s.

What happened? US President Nixon baulked at the cost of heading to Mars and slashed the entire program. The only part of NASA’s road map to the stars that remained was a reusable space vehicle known as the Space Shuttle. 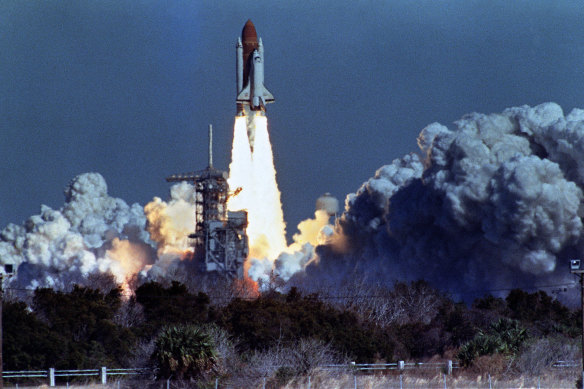 US space shuttle Challenger lifts off 28 January 1986 from a launch pad at Kennedy Space Center.Credit:AFP

Since then, we have gone backwards. The Apollo program was replaced by the Space Shuttle which could only achieve Earth orbit. Following several disasters and budget cuts, the Shuttle was retired, and for many years, the US – still humanity’s pre-eminent space power – no longer had the capacity to launch humans into orbit at all.

If the manned space program’s goal is to reach other planets, the shuttle proved a costly diversion.

NASA knew reusability was vitally important to enable travel to other planets. The Shuttle was technically reusable. But each flight cost about $1.5 billion dollars, and it took months between flights (by contrast Artemis costs $4.1 billion per launch, with the next flight scheduled for 2024).

“I love the Space Shuttle as a piece of engineering. But I hate it in that it slowed down space exploration for 30 years,” Adam Gilmour, co-founder of Australia’s Gilmour Space, told me last year.

Even NASA accepts this. “It is now commonly accepted that was not the right path,” NASA’s administrator said in 2005.

“Most of the next 15 years will be spent recreating capabilities we once had, and discarded,” wrote another NASA administrator in 2007.

Which brings us to Artemis sitting on its launch pad. The mission involves two pieces: an Orion spacecraft sitting atop a rocket known as the Space Launch System.

Stare long enough at Artemis and it may start to look a little familiar. Two white thrusters flanking a large orange body … where have we seen that before? Ah, of course: the Space Shuttle. 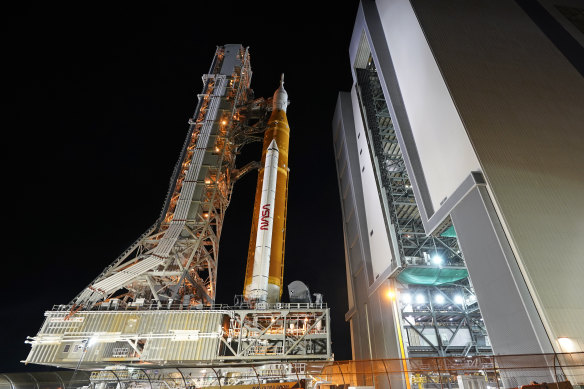 That’s because, remarkably, Artemis is made of parts that have previously flown in the Space Shuttle. It reuses the same main engines and solid-fuel rocket boosters (the white rockets on the flanks). One engine first flew in 1998. The oldest component on the side boosters first flew in 1984 – even flying on the doomed Columbia shuttle, whose fiery breakup in 2003 ended the shuttle program – space.com reports.

Why use pre-loved designs? Because that’s what you get when a rocket is built, not by NASA, but by politicians.

In 2009, NASA set out a new vision for space: shut down the Space Shuttle, invest heavily in new technologies, and build new commercial partnerships (with companies such as Elon Musk’s SpaceX).

But the Space Shuttle is built by dozens of contractors across multiple US states – and politicians from those states baulked at the job losses NASA’s new strategy would cause.

So they passed legislation directing NASA to use contracts from the Shuttle to build a big new rocket – the Space Launch System (SLS).

It’s often said that our space ambitions have been crippled by a lack of funding, but Congress has actually spent more money on the SLS than NASA requested. “Congress … wrote the rocket’s authorisation to ensure that its preferred contractors, including Boeing and Northrop Grumman, got big pieces of the action,” writes Eric Berger, perhaps the sharpest critical writer on space.

Since then – happily for the contractors – the project’s budget has blown out and out. The SLS has siphoned energy and money – all to enable NASA to go back to where we’ve already been.

“Particularly because of its opportunity costs and backward looking nature, the SLS rocket is just about the worst thing to happen to NASA in the last six decades,” writes Berger.

The age of Musk

Elon Musk is on the nose right now. An aborted effort at buying Twitter, refusing to get the COVID-19 vaccine and, uh, a getting sued over allegedly running a Dogecoin pyramid scheme will do that to a person’s reputation. But Musk is important because his rocket company, SpaceX, is doing some really interesting things in space. 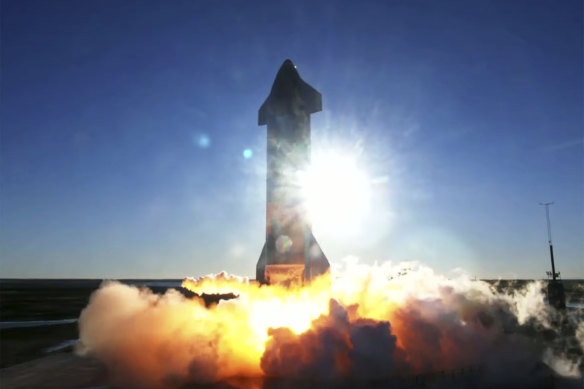 In this screen grab from video posted by SpaceX, the company’s Starship launches for a test flight,.Credit:SpaceX

Chief among them is Starship, a fully-reusable rocket designed to take astronauts to Mars. It’s more powerful and cheaper than the SLS and can be launched over and over again. And unlike some of Musk’s other schemes, it’s real – prototype 15 flew and landed last year.

Musk has form on delivering in space: SpaceX has already launched 45 rockets this year. If he can pull off his ultimate trick with Starship, it would give our interplanetary hopes a major boost.

Enjoyed this article? The Examine newsletter explains and analyses science with a rigorous focus on the evidence. Sign up to get it each week.