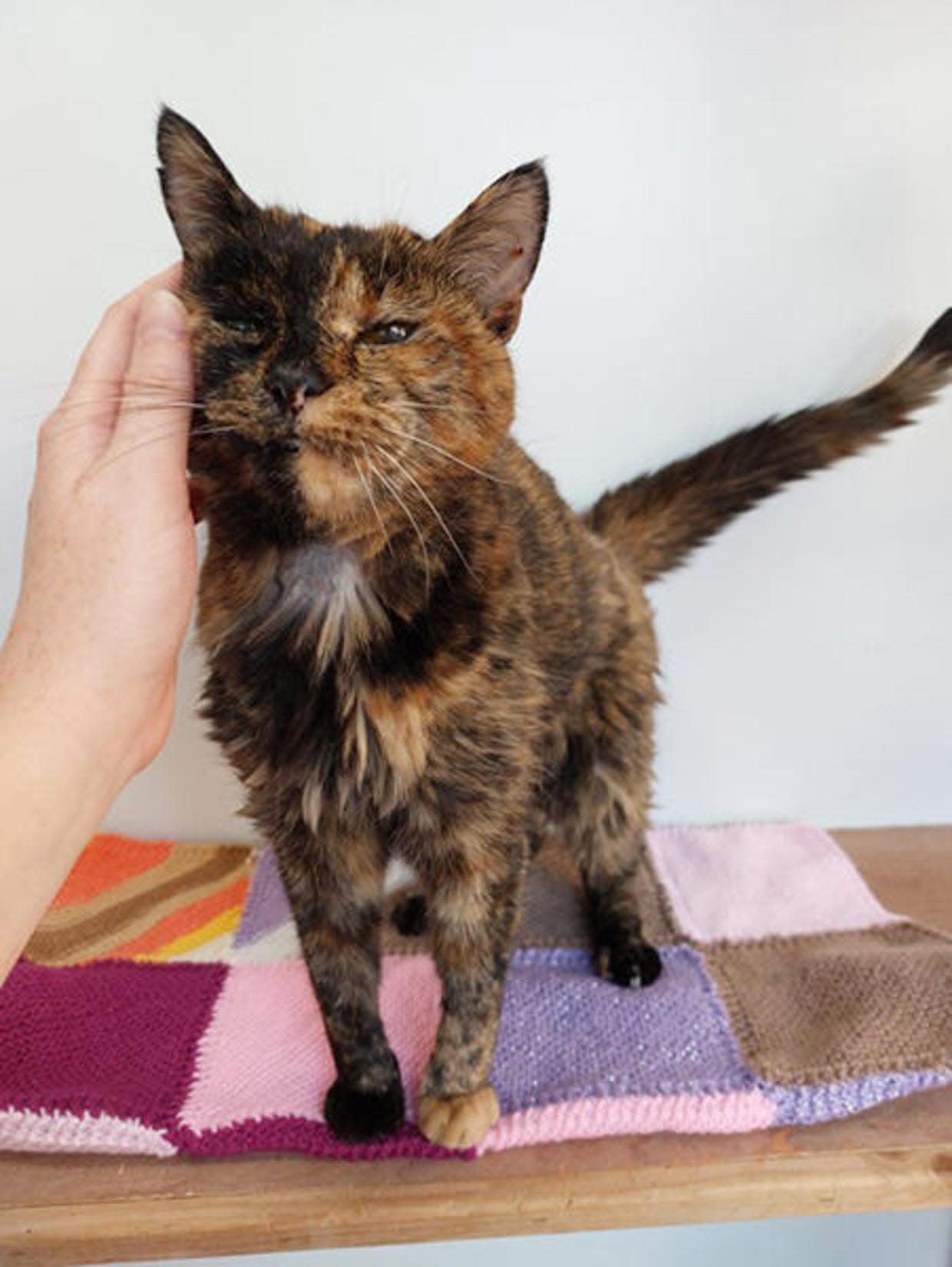 She was once homeless.

Today she enjoys the simple things life has to offer, like food, cuddles and naps.

In good health, although poorly sighted and deaf, Flossie is 26 years and 317 days old, according to a Thanksgiving Day news release from Guinness World Records who named her as the world record holder.

The London cat has lived in at least four homes. She was recently given to Cats Protection, a cat charity and adoption agency, where workers realized Flossie wasn’t going anywhere, anytime soon.

“She’s the oldest cat I ever met,” Rosling said.

Her story begins in December 1995 when Flossie was adopted by a worker at Merseyside hospital in Liverpool. At the time, she roamed free as a young stray and lived in a colony of cats close to the hospital. 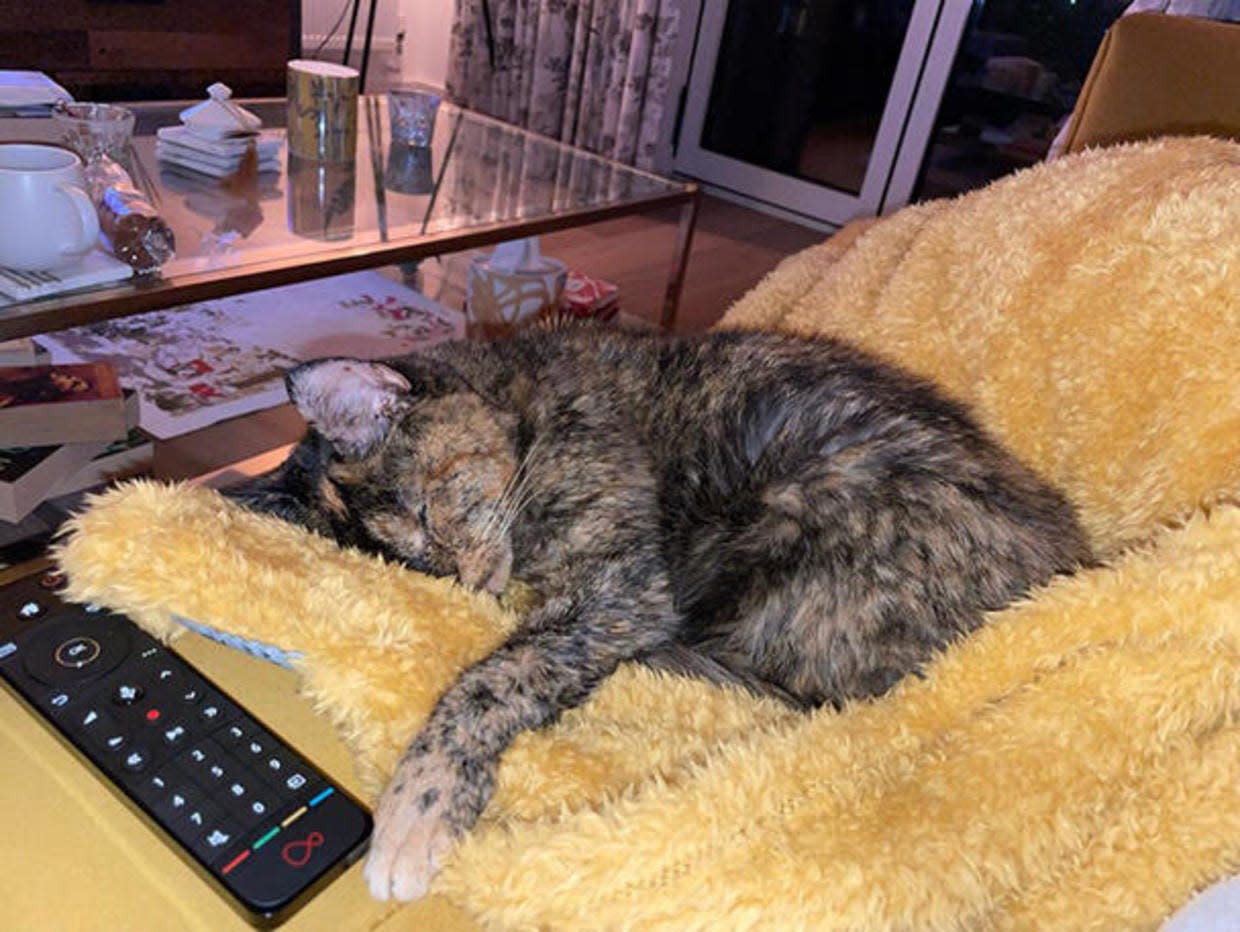 At age 24, her previous owner’s son took her in. She lived with him for about three years but in the end, he took her to Cats Protection for her “best interests.”

“It wasn’t an easy decision,” said Naomi Rosling at Cats Protection. “He sought our help … Responsible cat ownership is when someone thinks about an animal’s needs above their feelings.”

But she was soon adopted by Vicki Green, who has cared for four senior cats, with one living to 21 years old.

“I knew from the start that Flossie was a special cat, but I didn’t imagine I’d share my home with a world record holder,” said Green, who is 27. 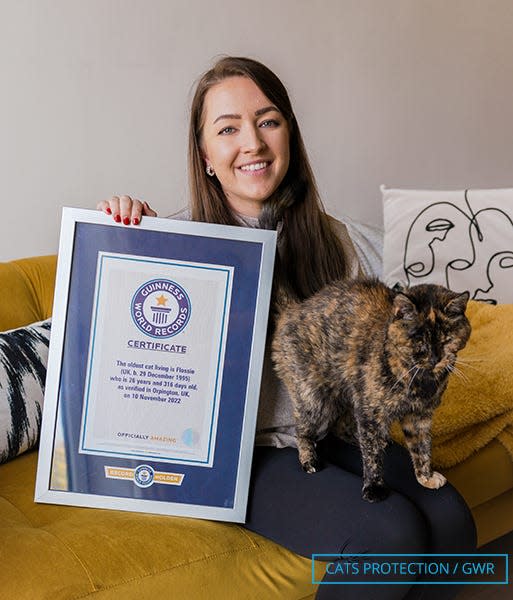 Despite the fact she can’t hear or see, Flossie is still playful, Green said. She is also in good health and enjoys cuddles and food. “She never turns her nose up at the chance of a good meal,” Green said.

“She sometimes misses her litter box or needs help grooming herself, but I can help with all of that. We’re in this together,” she said. 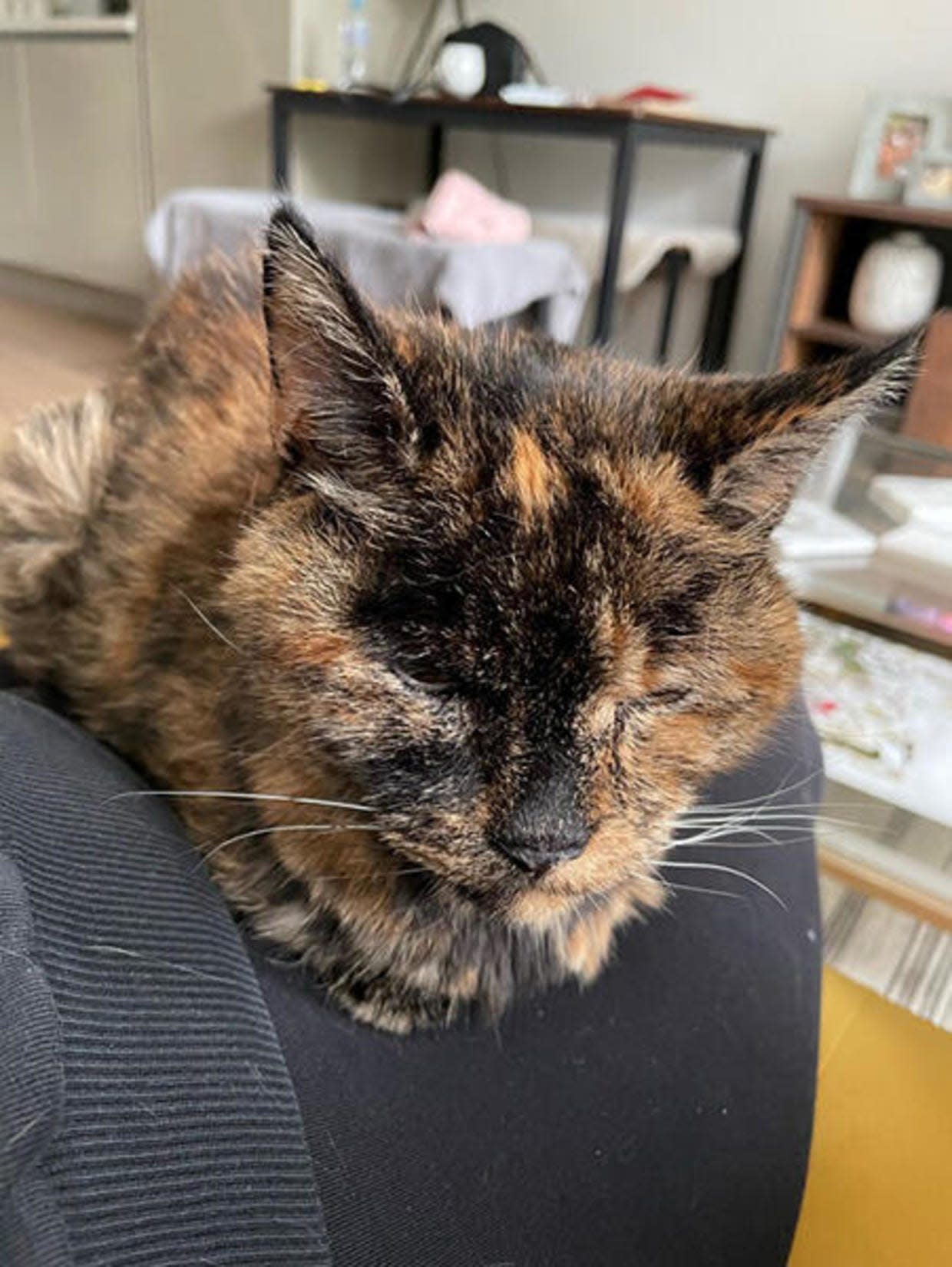 The pair have bonded so much, Green said Flossie sleeps through the night with her, snuggled on the bed with her owner.

“If I’m in such good shape when I’m her age with someone who does what’s best for me when I need it most, I shall be a very happy lady,” Green said.

Similar to humans, energy or calorie requirements in cats initially decrease in their senior years but unlike humans, energy requirements start to increase around 11 years of age, according to VCA Animal Hospitals. That’s because as cats age, they have difficulty digesting fats, proteins, and energy.

The average lifespan of cats is about 13 to 14 years, according to the U.K.’s Cat Care 4 Life, a nonprofit organization that helps people care for their cats.

At age 15, cats are considered geriatric.

The oldest cat to ever live was named Creme Puff, who lived in Austin, Texas until 2005 with his owner Jake Perry. The senior kitty died at 38 years and 3 days old.

“We wish Flossie the best, and we look forward to seeing her next adventures,” Guinness World Records posted on its website. “In the meantime, rest assured that this beautiful kitty is being cuddled and adored by her loving family.”

Natalie Neysa Alund covers trending news for USA TODAY. Reach her at [email protected] and follow her on Twitter @nataliealund.

Where is Epsom college and how much are the school fees? | The Sun
Celebrities Posts