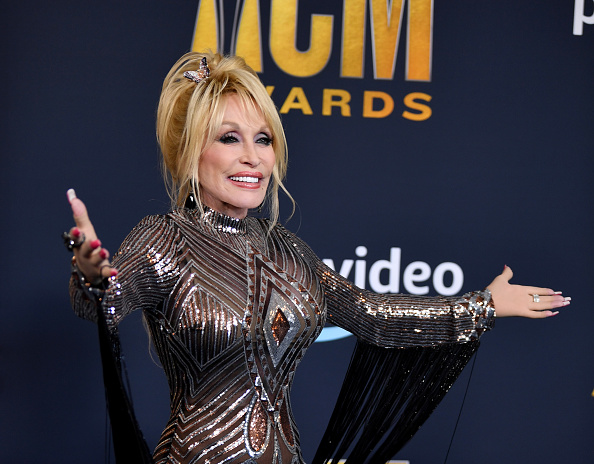 Dolly Parton is launching a new rollercoaster at her iconic theme park, Dollywood.

The 76-year-old country star and entrepreneur, who opened the world-class amusement park in her native Tennessee back in 1986, announced on Friday that a brand new ride called The Big Bear Mountain will be launching in 2023, reportedly costing a cool $25million (£20.7m).

Alongside a video teaser of the new ride, the Dollywood company teased: ‘Join Ned Oakley in Spring 2023 on our largest family adventure yet: Big Bear Mountain. This multi-launch coaster contains 3,990 ft. of track, expanding Wildwood Grove with a six-acre ride.

‘Prepare for things to get BIG by watching our exclusive first look at ride animation.’

According to a press release, the Big Bear Mountain ride will feature ‘three separate launches, multiple airtime hills, high-speed carousel turns, and tunnels, including a pass behind a waterfall’, because of course chart-topper Dolly doesn’t do things by halves.

The Jolene hitmaker, who previously revealed she avoids riding her own rollercoasters over the fear of losing her hair – ‘And God knows what else will fall out on me!’ – took to social media to express her ‘excitement’ that fans will be able to travel the Smoky Mountains themselves via the ride.

In February, a new initiative was announced whereby Dollywood employees would be eligible to have their college fees and expenses paid for by the company.

The singer – who has finally accepted her nomination to be inducted into the Rock and Roll Hall of Fame – is also busy preparing to hit the big screen once more as she appears in the upcoming film adaptation of her book with James Patterson, Run, Rose, Run.