Lizzie Cundy was spotted leaving the Talk TV studios on Saturday evening after an on-air disagreement with Precious Muir about the morality of threesomes.

The former WAG, 54, clashed with her counterpart on The Debate on the question and even ended up having a discussion over circumcision during the chat.

After the show, Lizzie was seen putting on busty display in a tight white top and high-waisted shorts. 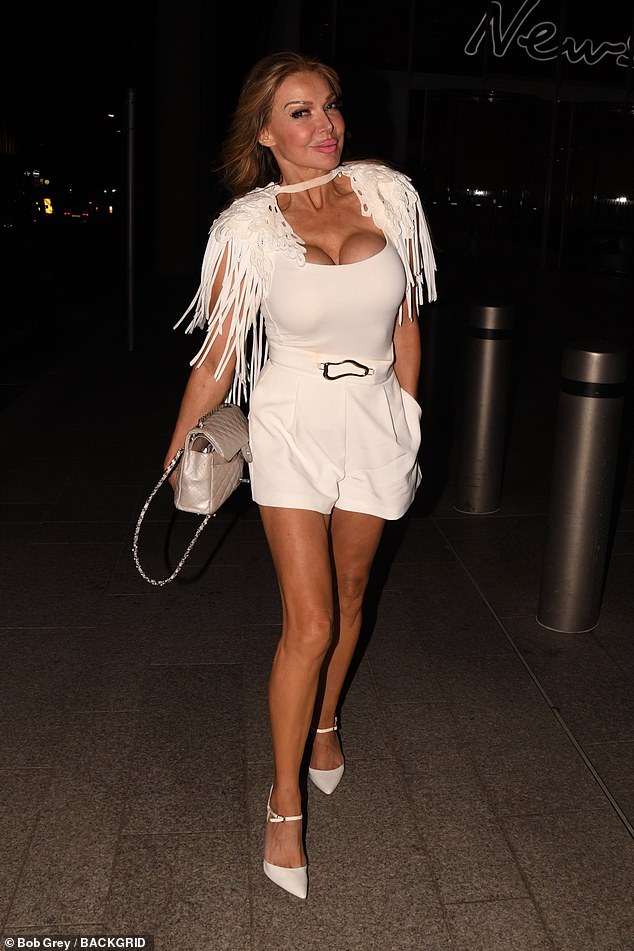 Glam: After the show, Lizzie Cundy, 54, was seen putting on busty display in a tight white top and high-waisted shorts

She put on the glamorous display as she was leaving before hopping into a white convertible and speeding away.

She matched the ensemble with a pair of pointed white heels.

Matching the look was a stunning frayed white cape and a cream quilted clutch. 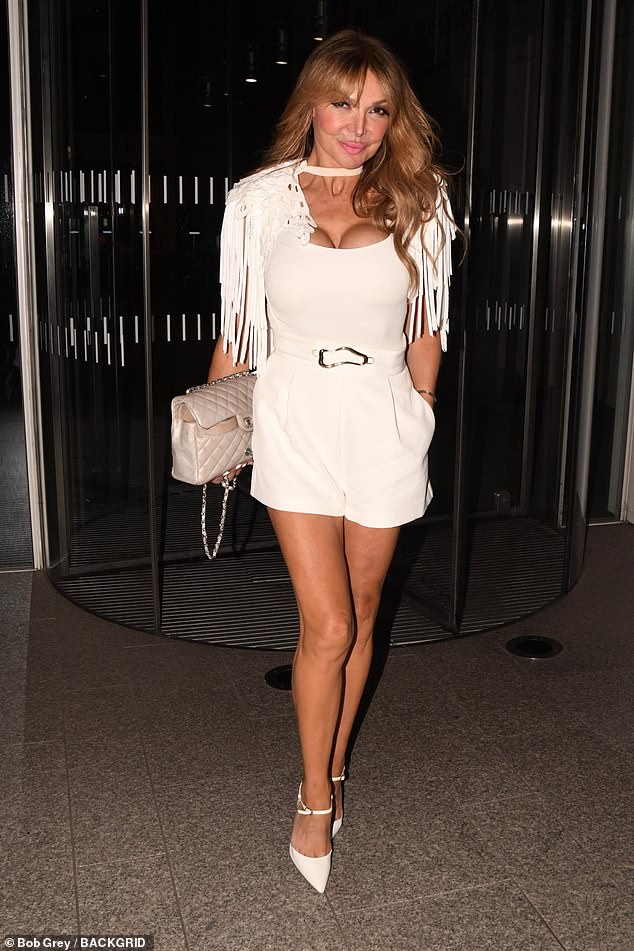 Clash: The former WAG, 54, clashed with Precious Muir over threesomes on The Debate

The Debate is not the first time in recent weeks that Cundy has made headlines with a television appearance.

She was criticised heavily when compared Rebekah Vardy’s interview over the Wagatha Christie trial to Prince Andrew’s famous Newsnight interview – which ended his royal career.

Rebekah, 40, recently gave her first interview since losing her £3million libel case against rival WAG Coleen Rooney, 36, with the TV personality becoming emotional as she claims she was ‘let down’ by the justice system. 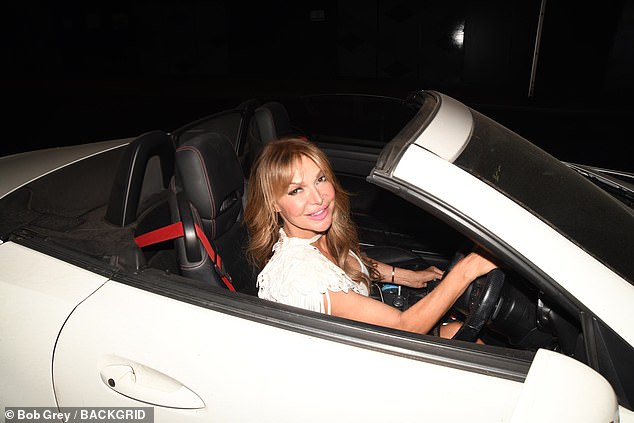 Speed away: Cundy sped away in a white convertible after the rowdy appearance

And addressing Rebekah’s TV appearance during Thursday’s Lorraine, Lizzie, 54, branded the interview a ‘mistake’, before slamming the mother-of-five for not ‘apologising’ for her alleged wrongdoings.

When asked by stand-in host Ranvir Singh if Rebekah’s TalkTV interview was a ‘mistake’, Lizzie responded ‘without a doubt’ before comparing it to the Duke of York’s now infamous interview with Emily Maitlis in 2019.

Lizzie explained: ‘This is like the Prince Andrew interview. Different charges, obviously, but no one is believing.’

Giving her advice to Rebekah, Lizzie went on: ‘If I were Rebekah, I would have gone away, reflected, maybe apologised. There’s one thing I did notice – there was no apology.’

She continued: ‘The judge has given a verdict. It’s not like being in a player’s bar lounge where there’s gossip.