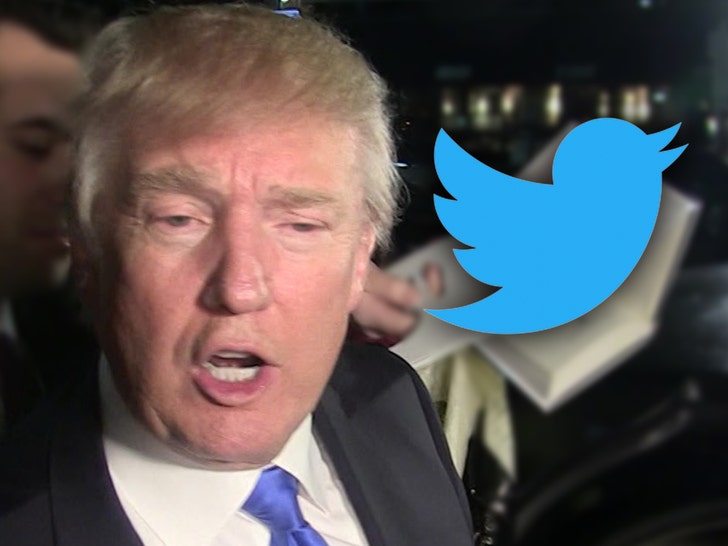 7:30 AM PT — A rep for Twitter tells us Trump has officially deleted his tweets … so the 12-hour suspension is now in effect.

5:38 PM PT — Facebook is following Twitter’s lead … the social media giant is reportedly blocking Trump from posting for the next 24 hours, also for policy violations.

Twitter has had enough of President Trump‘s tweets following the storming of The Capitol by his supporters, suspending his account, for violations of the platform’s Civic Integrity policy.

Trump fired off a series of tweets and posted a video of himself Wednesday, one tweet read, “These are the things and events that happen when a sacred landslide election victory is so unceremoniously & viciously stripped away from great patriots who have been badly & unfairly treated for so long. Go home with love & in peace. Remember this day forever!”

Twitter deleted the tweet along with several others shortly after Trump’s message. The social media giant then announced Trump’s account was suspended for at least 12 hours for repeated and severe violations of the company’s Civic Integrity policy. 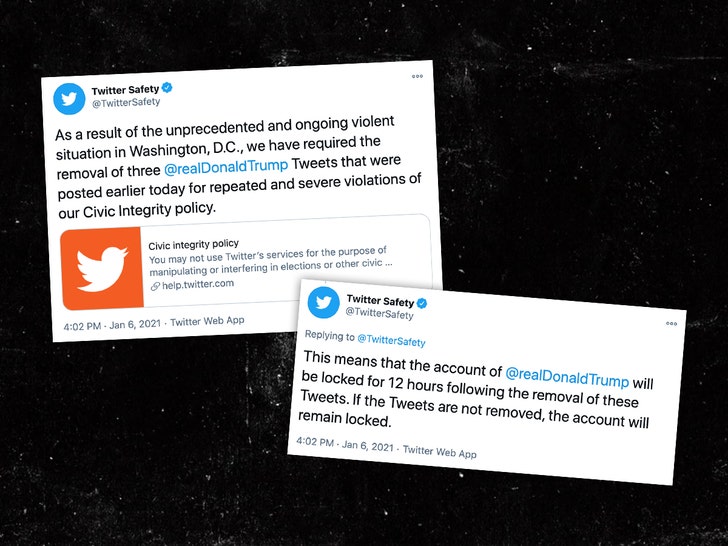 Twitter says Trump must permanently remove the deleted tweets — and he will then start a 12-hour suspension — if he does not remove them, his account will remain locked.

Then there’s this … Twitter says if Trump violates the rules again, it will lead to a permanent suspension of his account.