Thorn in her side? Michelle Young seemingly threw shade at former fiancé Nayte Olukoya following his recent revelations about their “rocky” breakup.

Bachelor Nation Couples Who Have Split in 2022

The season 18 Bachelorette, 29, gave an update on how she’s been coping post-split while attending the 2022 iHeartRadio Music Festival in Las Vegas, which was held on Friday, September 23, and Saturday, September 24. 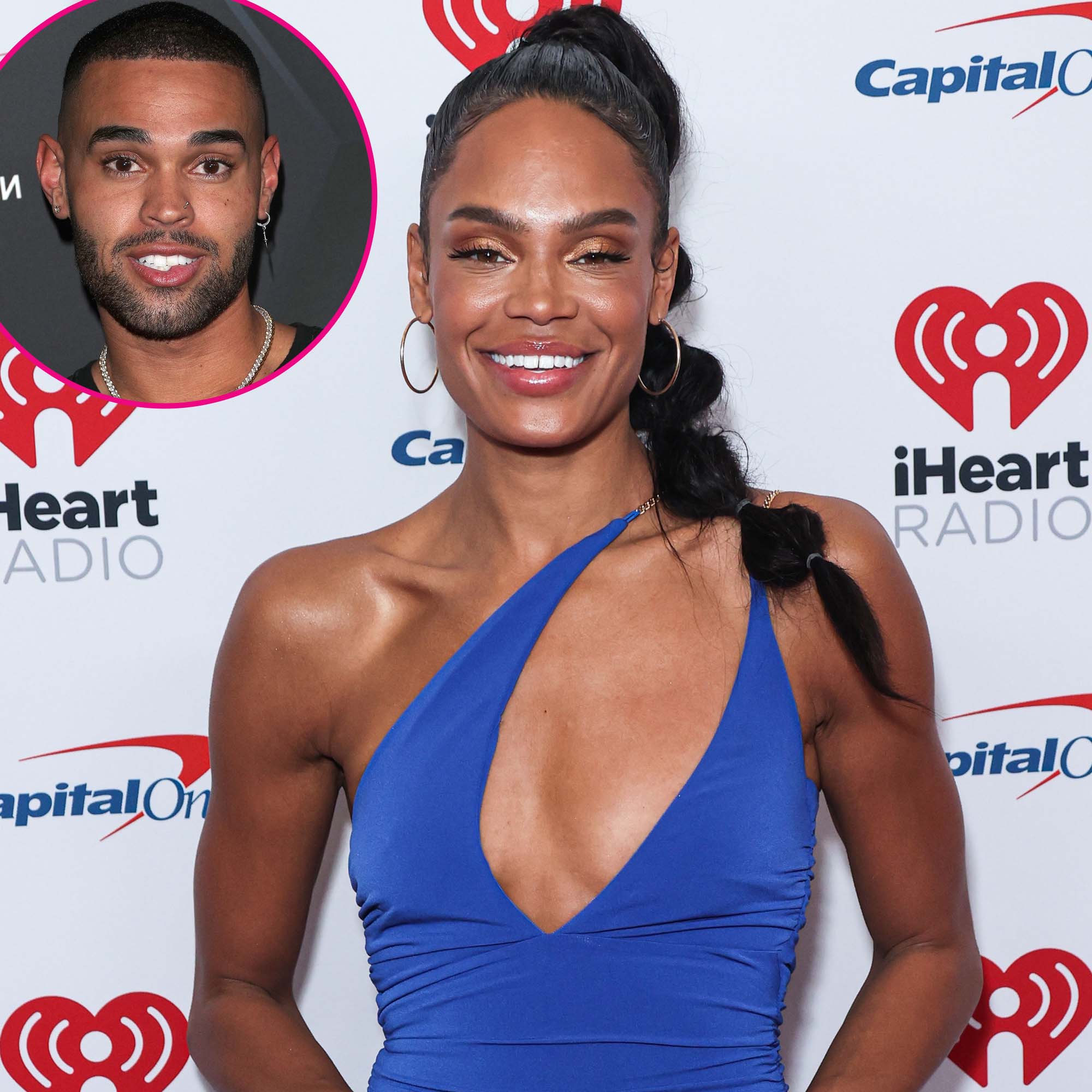 “It truly has been a lot,” Young told Celeb Secrets during a red carpet interview. “I come from a family that’s very private, we’re not used to being in the public eye and especially not [used to] going through a public breakup.”

The Minnesota native continued: “It’s been really interesting. You know, you go through something and you think you know someone. … There’s just always so much that is constantly happening or [things] trying to resurface. All I can do, truly, is [remember] I know how things went down. I know the other person knows what went down, and I can stay true to myself and really that’s all that I can do.”

Everything Michelle Young and Nayte Olukoya Have Said About Their Split

Young emphasized that she was focusing on her own “healing” and wanted to “find closure” after calling off her engagement. “[I’m trying to] really, truly block out all the noise,” she said with a coy smile.

The public nature of the pair’s breakup has made things even more complicated, the Bachelor alum claimed. “Everyone thinks that they know what happen. … Honestly, for me, my parents really taught me that [you can only] control what you can control. I can control myself and my attitude, my emotions. My mental well-being is not dependent on people other than myself.”

Young confirmed on June 17 that she and Olukoya, 28, split six months after he proposed on the ABC reality series. “I will always acknowledge and appreciate the adventures, support and growth both Nayte and this experience have brought me. At the same time, I’m deeply hurting and will need time and space to work through this heartbreak,” she wrote in a lengthy social media message at the time.

Oluyoka noted in a statement of his own: “Hearts are heavy, emotions are high and we are dealing with this the best way we can.”

‘Bachelorette’ Contestants Who Won 1st Impression Rose: Where Are They Now

Olukoya alleged that the duo faced “lots of ups and downs” and were “not really clicking” from the start, adding, “Don’t get me wrong, we had amazing moments in between rockiness, but it was rocky.”

Two weeks before their split made headlines, the reality stars spent the weekend together at Wango Tango on June 4 — and Olukoya left feeling “so confused” about their relationship. “It was just a bad weekend for everybody,” he confessed, revealing that he called Young after his flight home to Austin to end things. (He conceded that breaking up over the phone was “a dick move.”)

The teacher hasn’t addressed Olukoya’s claims directly, but she gave fans more insight into her post-split mindset in August, revealing via Instagram that she was feeling “happier” than before.