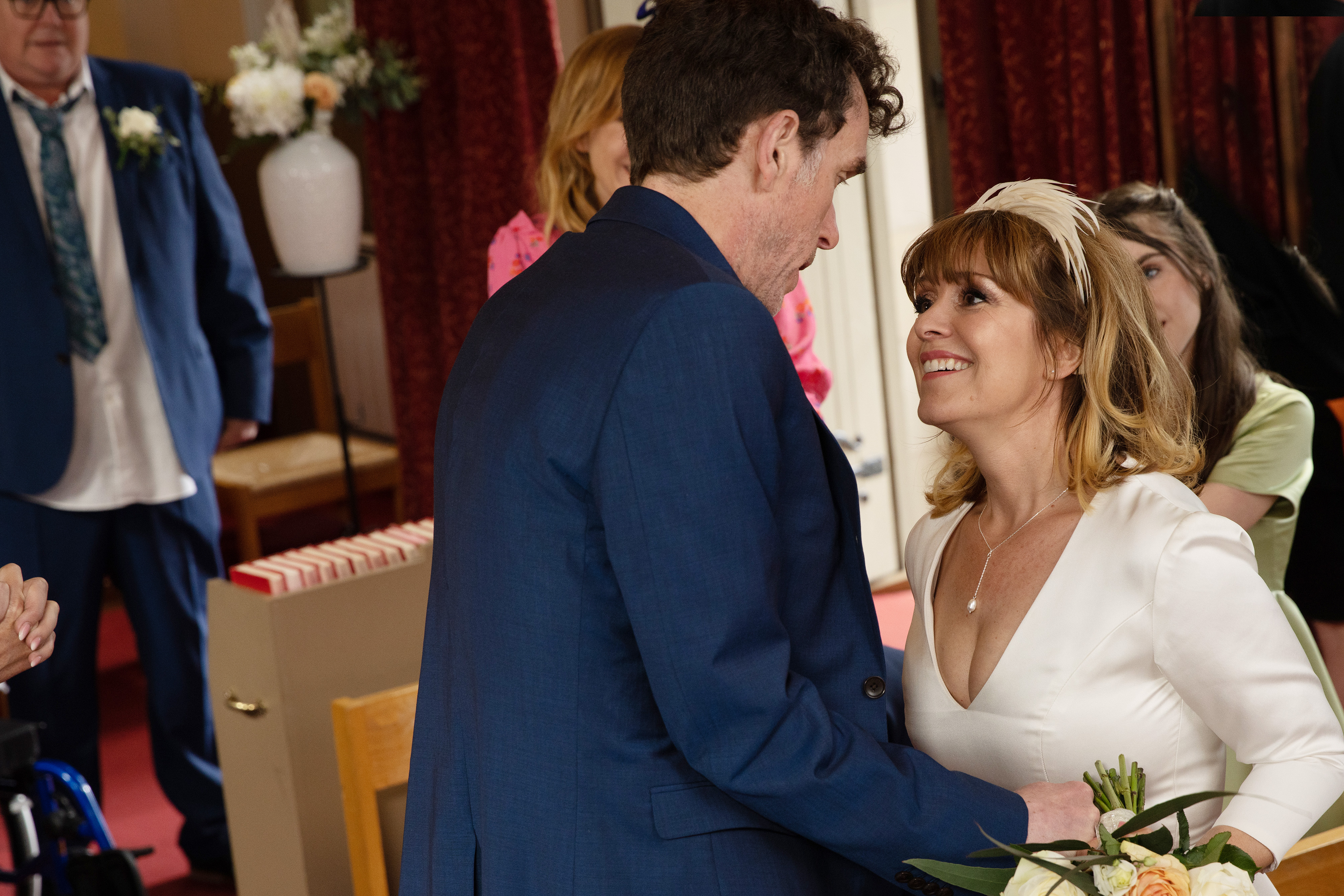 As Marlon (Mark Charnock) and Rhona (Zoe Henry) prepare for their wedding in this week’s Emmerdale, viewers are looking forward to seeing some happiness for a couple who’ve been through so much together.

Ever since Marlon’s devastating stroke just after the couple became engaged, viewers have seen him struggling to recover as much as possible through hard work, frustration and a lot of tears. Rhona’s own struggles as she came to terms with becoming her partner’s carer have been shown too, as the family adapted to the huge changes that the stroke caused.

It’s a story that’s been at times a harrowing watch, though even at its bleakest there have been touches of humour and joy. Zoe Henry told us that it’s very important that the show portrayed the lighter moments in what has been a very serious story.

‘Always the light and dark in whatever you’re telling,’ she says. ‘Stroke has affected my family. I know many people watching will have known or have family members it’s affected, so it’s important we see the light because people need that, I think.’

Zoe thinks that it’s a vital element of soaps to balance the serious storylines with happier moments. ‘Soap reflects real life but it also needs to bring a little bit of joy,’ she says. ‘That was soap’s roots – kitchen sink drama but also lifting you out of where you are.’

The wedding episode was very emotional to film. ‘The script was by Caroline Mitchell and she writes in a very emotive kind of way, so I think the emotion just came naturally for [Mark and I] when it was needed,’ Zoe told us – but that all-important light was there do. ‘I think the episode did it quite well, actually,’ is her verdict.

My daughter was excluded from school for wearing the wrong socks – 50 students were punished, it's utterly ridiculous | The Sun
Celebrities Posts