The broadcaster, 59, performed a Charleston with Strictly Come Dancing partner Kai Widdrington, but the upbeat routine would be Kaye’s final on the show. After receiving a mixed response from the judges, the pair found themselves in the bottom two alongside singer Matt Goss and his professional, Nadiya Bychkova. The judges decided to save Matt, a decision Loose Women’s Linda Robson deemed “unfair”, while Janet Street-Porter also argued the competition is tougher for “women over a certain age”.

Kaye, who emphasised she had no previous dancing experience, admitted she had been “nervous” ahead of her Strictly Come Dancing debut.

Her second dance saw her earn 22 points from the judges, a slight improvement on the previous week’s 21.

As Jane Moore reflected on her co-star’s early elimination, she argued the show should be “about the journey.”

She continued: “She was well outside her comfort zone, she was the first to admit it. 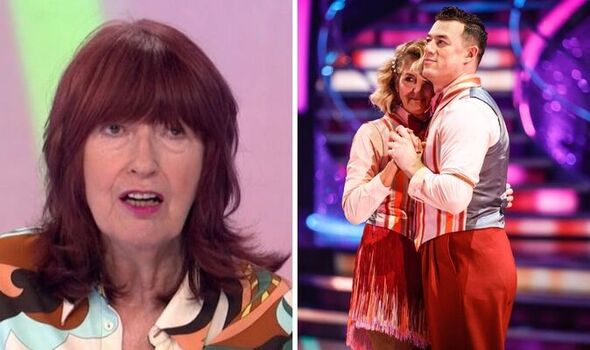 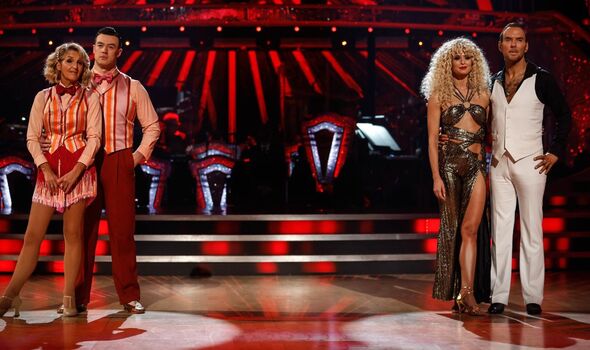 “And she improved immensely from the first week to the second week, and yet she’s found herself out.”

“I know, I think it’s really unfair,” Janet agreed. “I sent her a text last night, I said, ‘You showed such guts doing it’, I really think it shows guts.”

Expressing a theory about the dancers in the competition, she continued: “And there’s something else at work here, with the public voting.

“I think women have a tough time, women of a certain age when they enter something like Strictly. 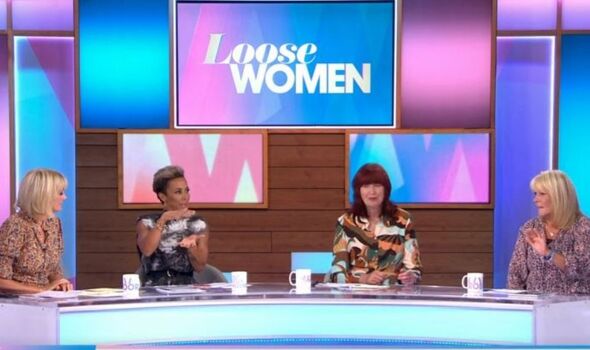 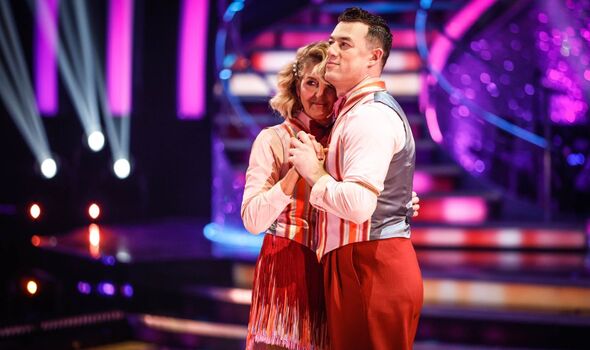 “If they’re like Ann Widdecombe they become like panto dames, and if they’re an older man, what I call the wally men, the wallies, the John Sergeants, the Ed Balls’, they get kept in way beyond their talent level.

“I think it’s just tough for women.” Janet wasn’t alone in thinking the voting was unfair for Kaye.

Linda Robson commented: “They get kept in because they’re funny, the audience are loving all of that.

“And also a lot of them, especially the men last night, Tony Adams in particular, he’s not a great dancer but he’s charming and the public like him, don’t they?

“But I just think it was so unfair because she was definitely better in the dance-off than Matt was.”

Tony had been at the bottom of both the week one and two leaderboards, however, the public voted him through to week three’s movie-themed instalment.

Following Sunday’s dance-off, three of the four judges agreed Kaye should be the one to leave.

However, when Shirley Ballas was asked whether she’d have voted in the same way, she disagreed with her fellow judges.

When Tess Daly asked which of the couples she would have saved, the head judge revealed she’s have gone with Kaye and Kai.

“I didn’t [agree]” she remarked. “I thought due to a bit of better quality I would have saved you [Kaye].”

Strictly Come Dancing continues on Saturday at 6.30pm on BBC One.