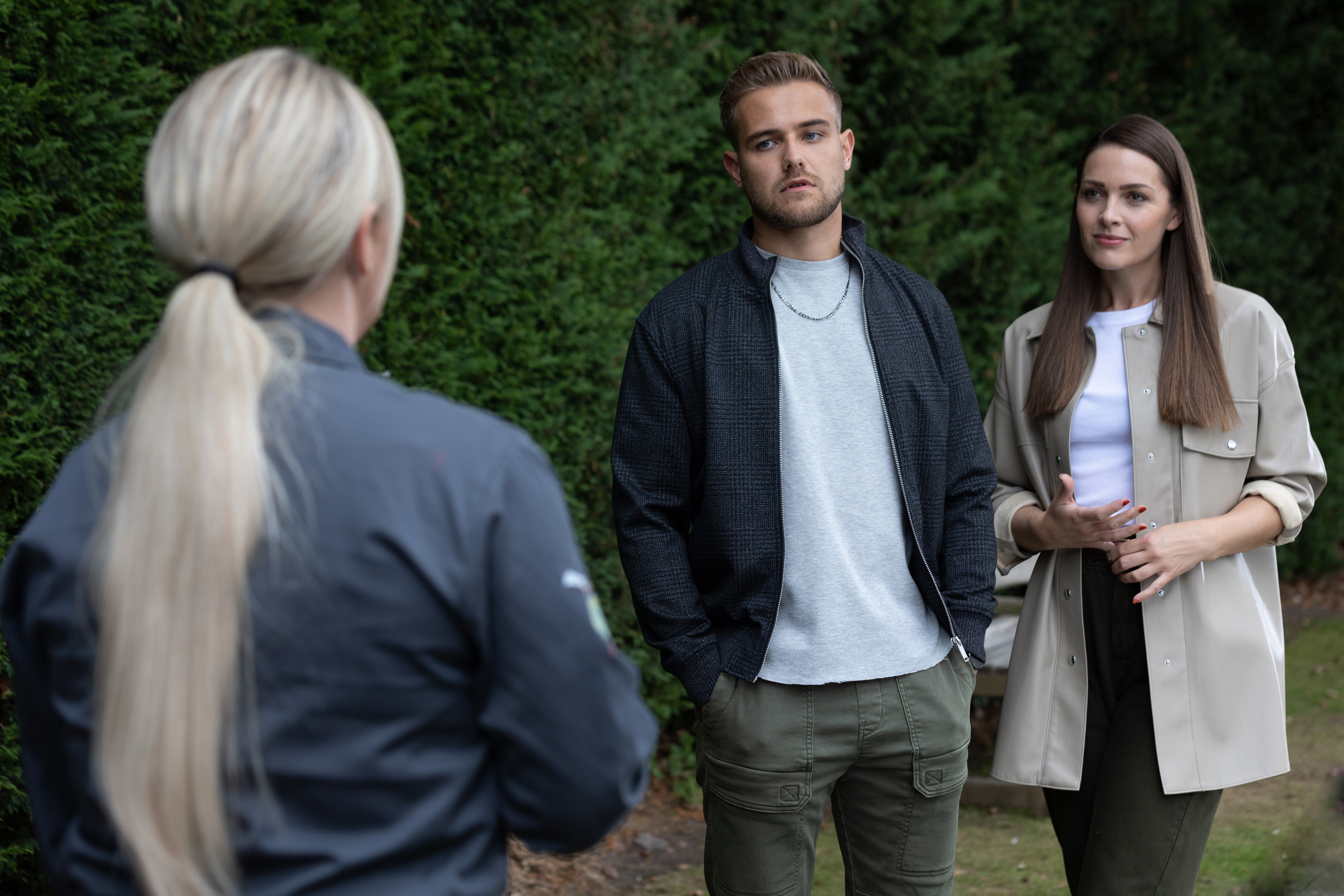 The sizzling chemistry between Hollyoaks lovers Sienna Blake (Anna Passey) and Ethan Williams (Matthew James-Bailey) is, quite frankly, off the charts.

The duo, who were once sworn enemies, have struggled to resist one another in recent weeks, after Ethan bravely rescued Sienna from the jaws of death.

Sienna, as viewers will recall, was keen to track Norma Crow (Glynis Barber) down and murder her, after she sent a deadly threat.

Ethan, valuing his life, decided to not get involved, but he soon realised that he couldn’t let Sienna take on The Undertaker alone, and therefore he offered his services to her.

Their secret mission led to them bonding, as Ethan admitted that he cared greatly for Sienna, but things took a shocking turn when Norma – knowing full well she was plotting against her – drugged and kidnapped Sienna!

Ethan, worried sick about her in the wake of her disappearance, searched high and low for Sienna, and tracked her down at Norma’s home, where he attacked embalmer Les before he could take vile action.

Sienna was relieved and thanked Ethan for his valiant efforts with a passionate kiss, and the fans cheered.

Viewers have been eagerly awaiting more news of the show’s hottest new couple, and we’re happy to oblige, as they’re back on our screens in upcoming scenes, and next week, things heat up between the two when Ethan calls Sienna’s bluff.

Sienna, however, comes to regret her decisions, and she throws herself into work as a result, hoping to avoid Ethan by working with Leela Lomax (Kirsty Leigh Porter) at Deadly Sheen.

But the topic of conversation soon turns to her relationship with Ethan.

Will Sienna tell the truth?

That remains to be seen, but subsequent scenes see Sienna and Leela bond over bubbles, as they try on a client’s clothes – and things take a turn when a handsome stranger knocks on the door and Sienna decides to take the fun to a new level.

An explosive argument ensues between Sienna and Leela – with the subject matter being Sienna’s reckless behaviour. Sienna, however, bites back with a brutal confession, leaving Leela in shock.

Will the pair’s friendship be destroyed?