Spoilers: Audrey is disgusted as David and Sarah fight for her money in Corrie 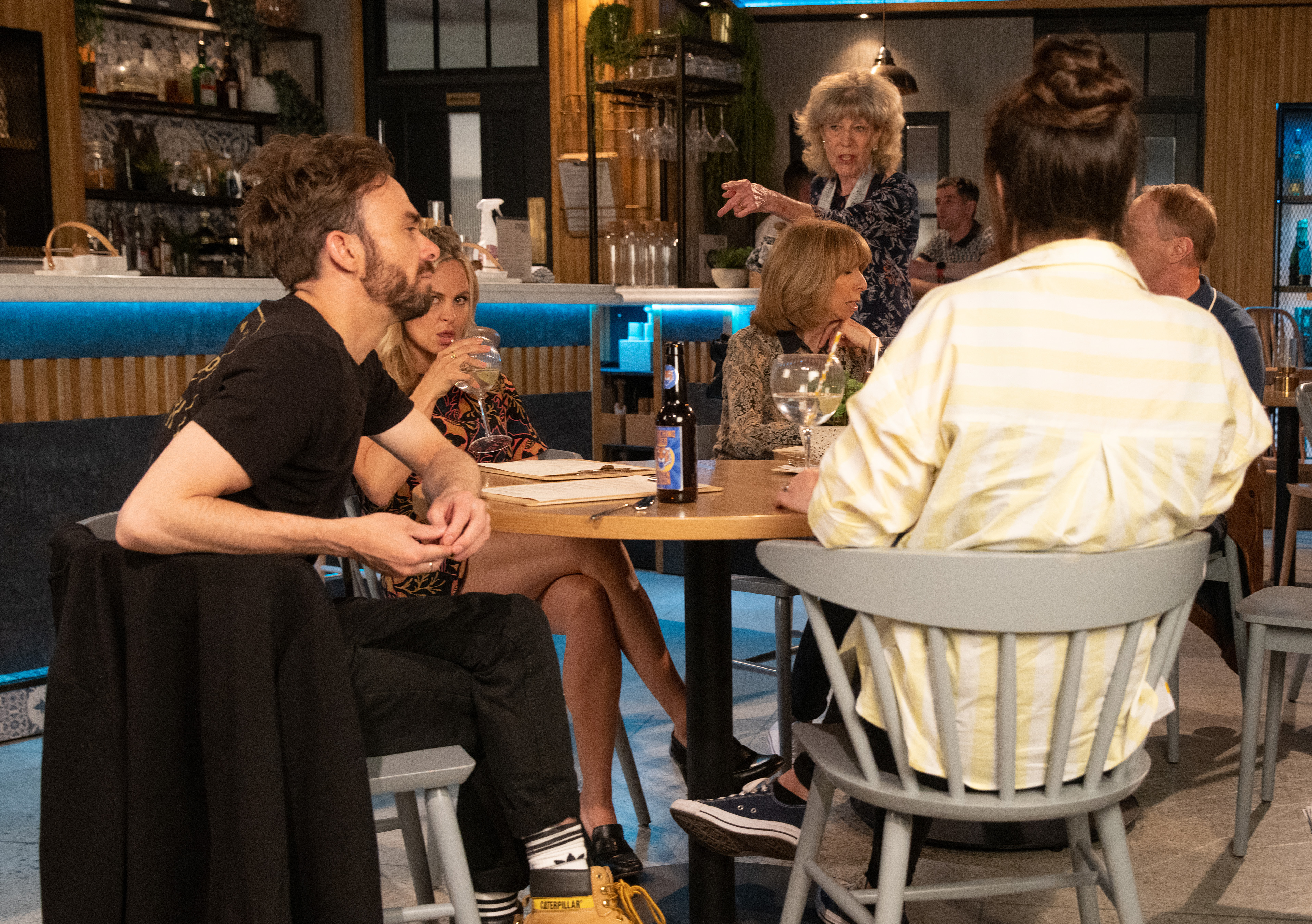 Topic of conversation has turned to Audrey’s money following the news she’s updating her will.

In the pub, she tells her family that she loves them and will leave them her money, but it’ll be held in a trust by golden child er, sorry, we mean Stephen (Todd Boyce).

With Stephen hanging around, David is less than impressed with his new role in the family.

Sarah, however, starts to feel a bit different about Stephen, as he happily gives advice on business at Underworld.

The next day, Gail (Helen Worth) decides to host a family lunch in the bistro to officially welcome Stephen back to the cobbles, but it soon descends into chaos when David and Sarah embark on a slanging match over Audrey’s money.

Disgusted with the pair of them, Audrey walks out – leaving Stephen very embarrassed.

Stephen’s return has impacted the Platt family a lot, partly because Audrey keeps favouring him.

Will Audrey’s higher opinion of Stephen continue to cause trouble?