The Suspect: Dr. Joe O'Loughlin and Malcolm fall from a ledge

The Suspect began on Monday night and saw Poldark star Aidan Turner star as Dr Joe O’Loughin, a psychologist with a successful private practice and a published book to his name. During the first episode, Joe’s extensive career is called to action when a terminally ill patient attempts to commit suicide. However, eagle-eyed viewers were not keen on the stunts that followed and called out the “fake” stunts and “obvious” plot holes.

During the first scene of episode one, Joe is asked to help and young boy come down off of a ledge after being told he has an incurable brain tumour.

As he climbed onto the ledge, he was kitted out with a harness and tried to talk the young boy down, using his expertise to his advantage.

He touched on the note that the boy left his parents which simply read: “I’m sorry,” before telling him if he wanted to say goodbye, then do it properly.

As Joe began to hand over the second harness he was carrying, he drops it to the floor by accident, with it soon being revealed he has recently been diagnosed with Parkinson’s disease. 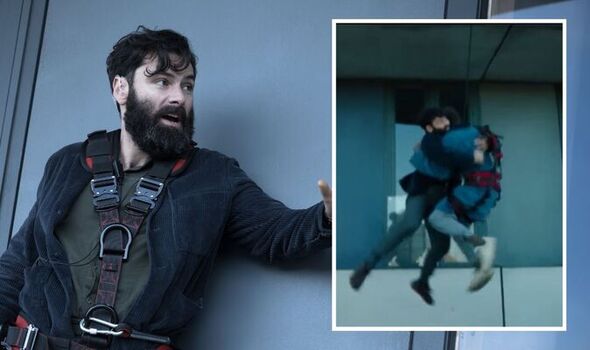 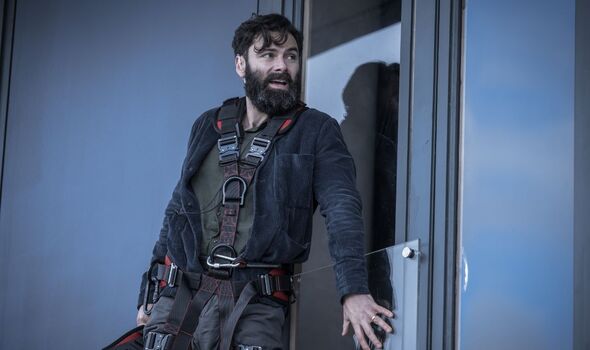 Determined to get the young boy off of the ledge, he takes his own harness off and gives it to the boy, however, once the harness was on, the pair slip and fall.

Luckily, the wire got stuck on a bit of metal which was sticking out and they hung over the street below them.

They began to swing themselves to safety on another floor where firefighters were waiting for them, bringing the boy and Joe back in.

Whilst this thrilling and chaotic scene set the tone for the rest of the episode, many viewers were unimpressed with the storyline and the stunt, taking to their Twitter page to express their annoyance. 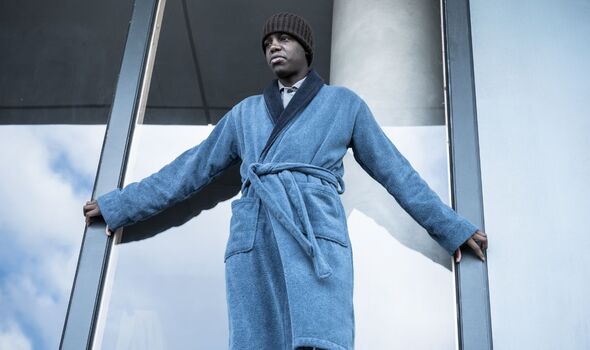 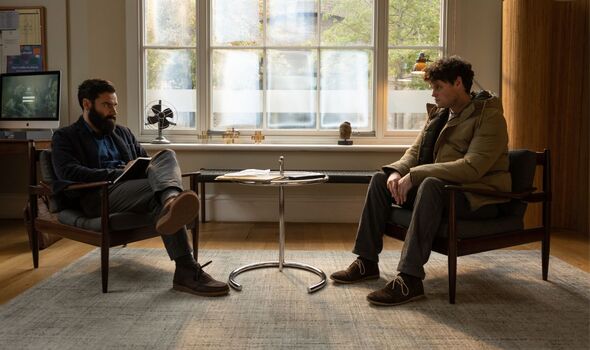 @pam_debeauvoir added: “As if they’d ask a psychologist to mount the ledge. Have they no trained police negotiators with a megaphone #TheSuspect.”

@evelyn_obahor asked: “Why is there a Doctor instead of a Negotiator? #thesuspect.”

@SnowAndBeach laughed: “Great opening but that stunt was really FLASE!”

However, not all viewers were unimpressed with the opening scenes as @Andi000211 praised: “Brilliant start. #thesuspect.” (sic)

During the episode, Joe went to see one of his patients who was being treated after he attacked a lady at a bus stop after he claimed she pushed the queue.

The patient told Joe that he didn’t do anything wrong and didn’t understand why he was being punished, before presenting a piece of paper with the number 21 written all over it.

He told Joe that the number represented his father’s bus and the route he used to take, before whispering to himself.

Joe had been pulled into the investigation of a murdered woman in a graveyard, who had 21 stab wounds on her body, which had an odd pattern.

He began to suspect that his patient may have had something to do with the murder after he claimed that “some people deserve to die” during one of their sessions.

Could he be staring in the face of the murderer, or is it a coincidence?

The Suspect airs Monday from 9pm on ITV.