Were kindred spirits, say stars of Ghosts as the new season airs 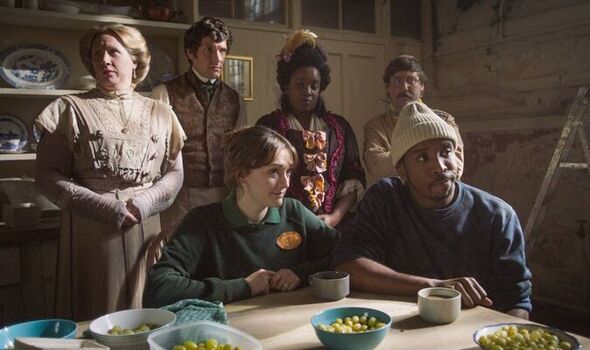 But its heartwarming mix of slapstick, pathos and farce made the show a runaway hit soon after it first aired on BBC One in 2019, pulling in 4.4 million viewers and sparking a US version, which is one of the most watched series on network TV.

Now Ghosts is back tonight for a fourth series as likeable mansion owners Alison (Charlotte Ritchie) and Mike (Kiell Smith-Bynoe), below right, try to turn their inheritance into an upmarket B&B. What could possibly go wrong?

Unsurprisingly, the comical take on the macabre has its origins in the children’s TV hit Horrible Histories.

They became such good friends they started writing just to hang out together. Their first success was comic fantasy Yonderland, which aired on Sky from 2013 to 2016, and then they came up with Ghosts.

Martha plays Edwardian aristocrat Lady Fanny Button, a highly-strung spirit condemned to spend eternity re-enacting her own death – pushed out of the bedroom window by her husband after she discovered him in bed with the butler. 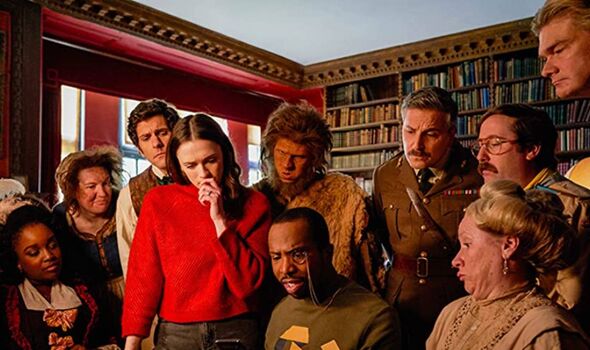 “I absolutely love it,” says Howe-Douglas. “It’s a dream of a job.”

Ghosts has no shortage of celebrity fans. Jennifer Saunders jumped at the chance to appear in last year’s Christmas special, and Ghosts is fast becoming a festive season highlight.

Sadly, plans for a Comic Relief sketch with Kylie Minogue were thwarted when she caught Covid.

This year, comedian Bridget Christie expands on her series two cameo as the friend of Mary, a 17th century ghost played by KatyWix.

“People said, ‘Why did you get Bridget Christie and only give her one word?'” says Rickard. “It’s because we were setting her up for a larger exploration of that character and where she fits into the story of the other ghosts. So she came back and she’s tremendous.

“She was really nervous. But everything she did was brilliant. We were sitting there afterwards going, ‘Why didn’t we just have her as one of the ghosts in everything?'”

With such a large and in-demand cast, how do they coordinate every- one’s diaries for two months of filming a year, especially now that Paddington 2 writer Simon Farnaby (the trouserless Tory ghost) is a hot Hollywood property?

“In the last couple of series, Simon just hasn’t been available to write an episode,” says Rickard, who plays Headless Humphrey, a Tudor nobleman who was accidentally beheaded.

“He’s in charge of Hollywood now.”

That sign-up on the hill, that’s just going to say FARNABY. Getting him for two months to shoot the thing is incredible enough.

“Thankfully, so far, everyone’s keenness to come back and do it means they make it work. It would be easy for it to fall apart.”

“But, although the hours are long, it feels like a holiday [as] you’re hanging out with your mates and messing around.”

The lifting of pandemic restrictions means the plague victim ghosts crammed into a cellar make a welcome reappearance in series four.

“It’s literally 20 people jammed into a room so in series three there was no way we could make it Covid safe,” explains Rickard.

“We found a way this time. So we got to go and put our sores back on.”

“We also find out about [caveman ghost] Robin which was fun because we get to go a long way into the past with him.”

“Apart from anything else, it meant that for one day he didn’t have to be the only caveman. Like, You guys look like idiots too!” 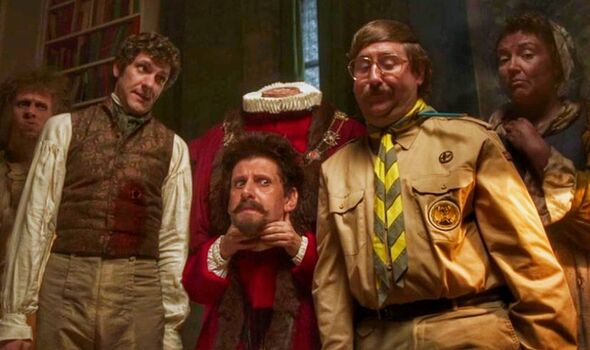 Last year, the cast wasn’t permitted to meet face to face at all, unless the camera was rolling.

“We just didn’t see each other for a series, it was weird,” says Rickard. But, this year, they made up for lost time with a night out near medieval manor house West Horsley Place, where Ghosts is filmed.

“We absolutely ripped up Guildford,” jokes Howe-Douglas. “It was a lot of fun.” Rickard chips in: “I wonder if someone found your shoes yet, Martha?”

Howe-Douglas rolls her eyes, laughing, and says: “That’s a reference to a night when I happened to go home without my shoes.”

“I was too drunk and needed to leave and left without my shoes because I’d taken them off to dance.”

The gang clearly have enormous fun on set. “Ninety per cent of the time we’re being very professional,” says Rickard.

“Ten percent is a ‘trying to make each other corpse’ [laugh during filming] competition. Is it fair to say Mat and Jim are the worst offenders? Actually, Simon can be particularly naughty.”

The love of a laugh started on Horrible Histories, where Baynton and Howick were giggling so helplessly while filming a sketch about the Great Fire of London they were separated like naughty children.

Rickard adds: “I remember the director saying, ‘I think you’re having a bit too much fun,’ and they had to be apart for 10 minutes and have a little calm down. I’d never seen adults separated before.

“Horrible Histories was such a laugh. I look back on it with so much fondness. It’s so rare when you’re working on something and everyone gets on. It’s like lightning in a bottle.”

Howe-Douglas adds: “I remember Stephen Fry saying on Yonderland because we’d go to the green room rather than our dressing rooms to have lunch, ‘You eat lunch together? You actually like each other?'”

On the day we speak, Rickard’s son has just started school, so he’s aware that Horrible Histories might be gracing his own TV screen before long.

“It feels like ancient history because we did it quite long ago now. But it’s all on Netflix and it’s on a loop,” he says.

As a result, the gang are more likely to be recognised for Horrible Histories than Ghosts.

“Ben and I work down in Bristol a fair bit.” says Rickard, “and the children who started watching it when we were doing it are now university age and work in pubs and restaurants and they’re like, ‘Oh my god! Horrible Histories! Do you want a burger? Can I get you a drink?’.” 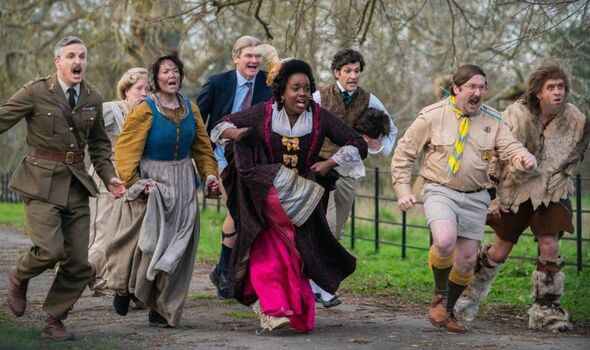 So can fans look forward to Ghosts season 5?

“There are only so many dynamics you can explore,” Rickard says.

“But while it still feels fresh and we’re not repeating ourselves and there are still jokes, we’re excited about doing another batch.”

But the Ghosts team are determined they will keep working together, come what may.

“When we get to a point where this has run its course, it’s not like, ‘Well, that was fun, see you later, everybody!’ There’d always be continuity there,” adds Rickard.

“We try never to rest too heavily on our laurels. You never know when everything’s going to fold up and go away.”

“We want to keep doing stuff together until we hate each other, until I’ve fallen out with everyone.”