Boy, 11, stabbed in bed uses last words to tell cops it was his MOTHER

Boy, 11, brutally stabbed in his bed uses his last words to tell cops his MOTHER was the culprit before dying in New Mexico hospital

A young boy fatally stabbed in his own bed in New Mexico managed to reveal the identity of his killer to investigators with his dying breath.

Bruce Johnson Jr, 11, told police in hospital that it was his own mom had stabbed him, shortly before dying from his multiple stab wounds in the early hours of Sunday morning.

The boy’s father, Bruce Sr, had called 911 after awaking to screams and finding his son grievously wounded in their home in the town of Hobbs.

Bruce Sr found Mary Johnson, the boy’s mother and his estranged wife, unconscious in another room with ‘self-inflicted’ stab wounds to the chest. 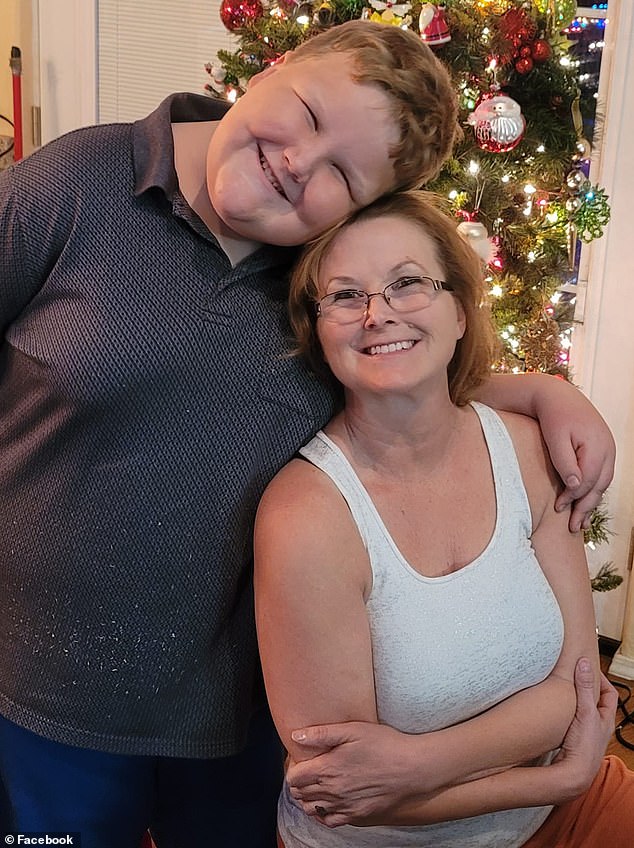 Bruce Johnson Jr, 11, told police in hospital that it was his own mom, Mary Johnson, had stabbed him, shortly before dying from his multiple stab wounds in the early hours of Sunday morning 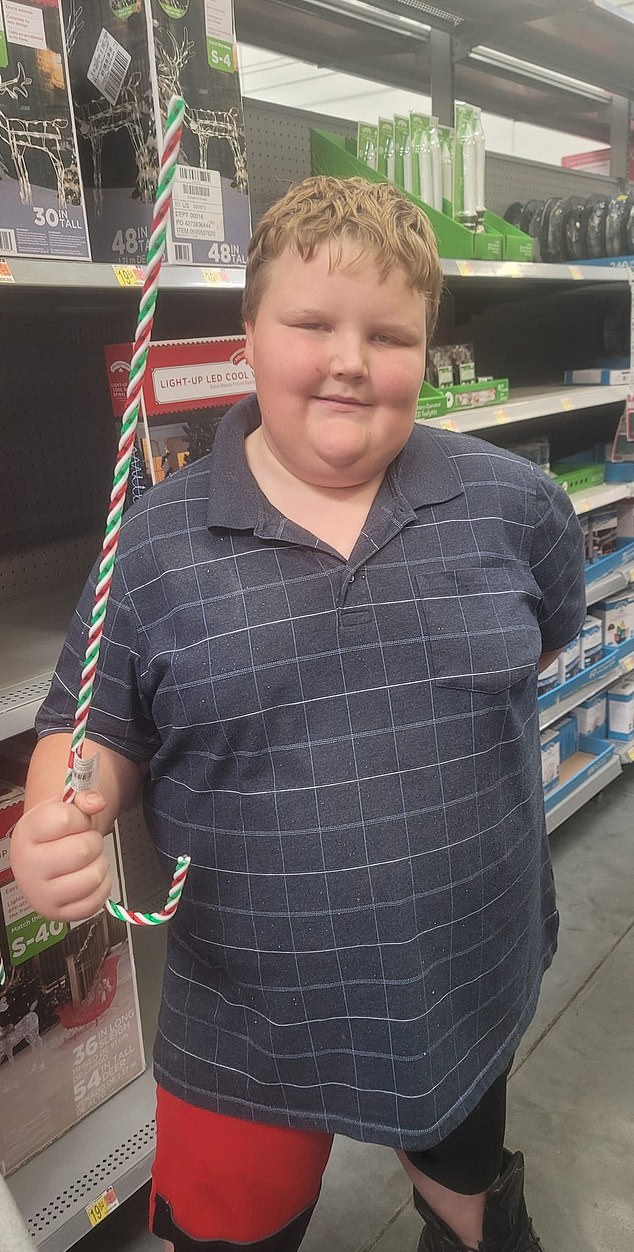 The boy’s father, Bruce Sr, had called 911 after awaking to screams and finding his son grievously wounded in their home in the town of Hobbs, New Mexico

Emergency services arrived at 1am and rushed the pair to the local hospital, where Bruce Jr was pronounced dead at 4.19am.

Mary was stabilized and moved to a hospital in Lubbock, Texas, where an arrest warrant was issued for her for first degree murder.

The Lea County Sheriff’s Office said: ‘Mr Johnson told deputies that he was asleep when he heard his son screaming.’

They added: ‘He found his son in his room, lying on the bed suffering from stab wounds.

‘He went to call 911 when he discovered Mary was also stabbed, but she was unconscious in another room.

‘Bruce Jr. was conscious upon arriving at the hospital, where he spoke with the investigator, advising his mom, Mary, had stabbed him.’ 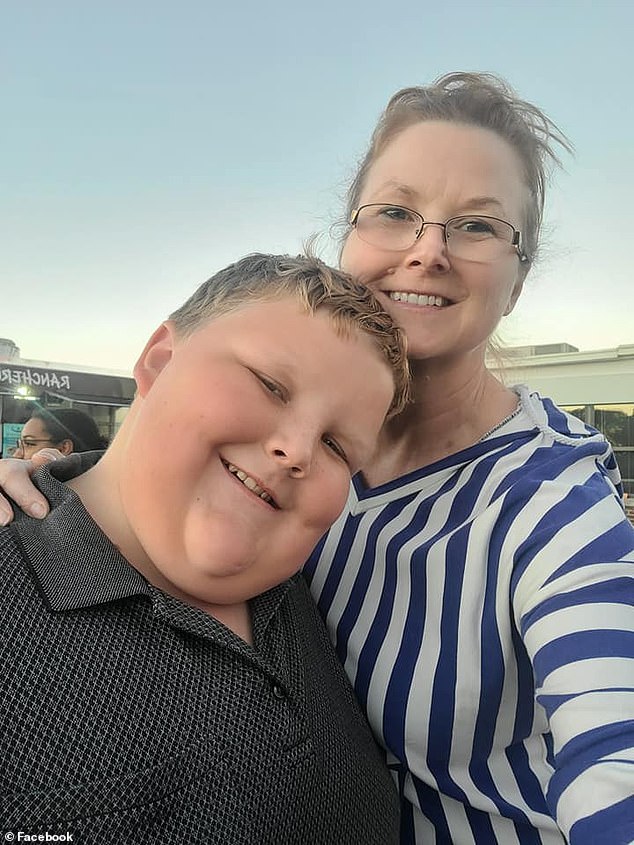 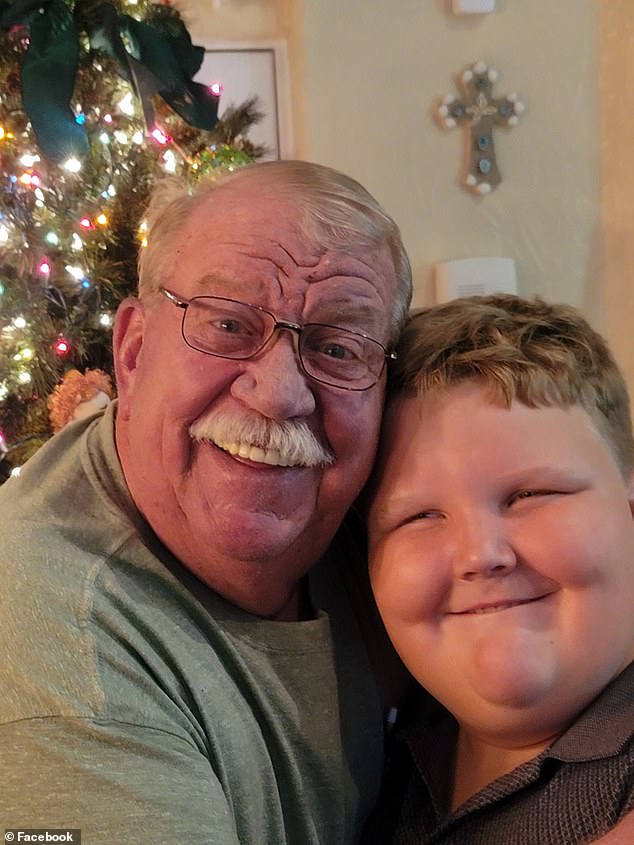 Bruce Jr’s father, Bruce Sr, moved to New Mexico from Oklahoma to get away from Johnson who had abused the child. She hadn’t seen him in 40 days, and he allowed her to stay with them for a visit where she killed him

Investigators revealed that Bruce Sr had moved to Hobbs from Oklahoma, taking Bruce Jr with him over allegations that Mary had been abusing the boy.

Mary, who is thought to suffer from mental illness, was allegedly violent with their son with at least two incidents reported.

This prompted the boy’s father to plan to file for divorce in an effort to safeguard the child.

It’s unclear what mental illness she suffered from, but in June, she bizarrely posted a video saying: ‘Get your God degree to become a God! All you need to do is believe in yourself, respact others, and spread kindness.’

In another rant, Mary wrote: ‘I’m sitting in a cheap motel room. I’ve not had a normal television in so long. I miss living a normal life. The God life is extremely intense. Only the strong survive God’s wrath! I survived hell you put me through. Can you survive the hell I’m going to put you through?’

Prior to the fatal stabbing, Mary had not seen her son in around 40 days and she was desperate to see him.

Bruce Sr relented and permitted Mary to stay with them in order to spend time with Bruce Jr before the divorce went through.