Looks cosy at least! Cornwall pub turns off all its lights and replaces them with CANDLES in desperate yet creative measure to keep its soaring energy bills down

Pubs are turning to desperate measures to keep soaring energy bills down, with one in Cornwall even turning off all its lights and replacing them with candles.

Venues say they are struggling to survive with increased gas and electricity costs making running a boozer difficult – but some have come up with creative – and cosy – ways to stay afloat this winter.

The Masons Arms in Camelford, Cornwall, has gone as far as to just use candlelight on Mondays, to draw in more punters while lowering its energy costs.

Landlady Kate Chawner-Woods has been pushed to the limit by skyrocketing energy bills, after her August statement increased from an average of £700 in 2018 to over £3,000 this year. 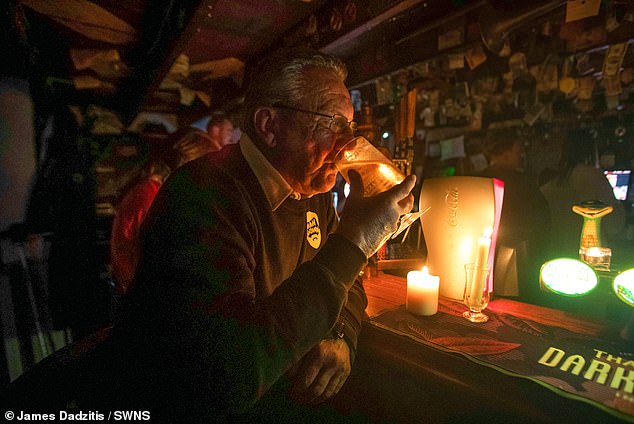 A customer enjoys a pint by candlelight at The Masons Arms. The pub has taken the creative measure to turn off all lights and replacing them with candles in a bid to cope with soaring energy bills 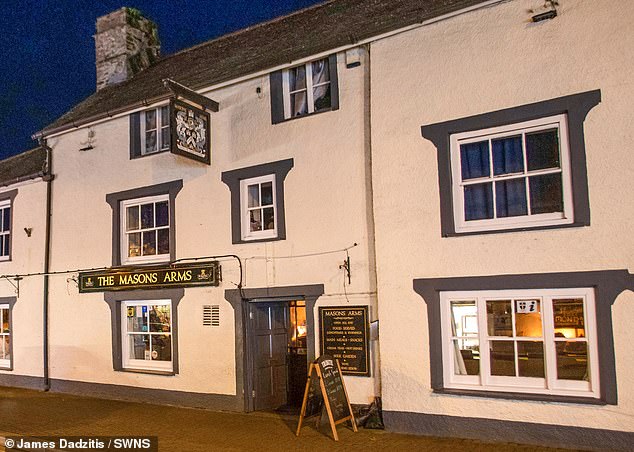 The Masons Arms in Camelford, Cornwall, has gone as far as to solely use candlelight on Monday nights, to draw more punters in while keeping energy costs low 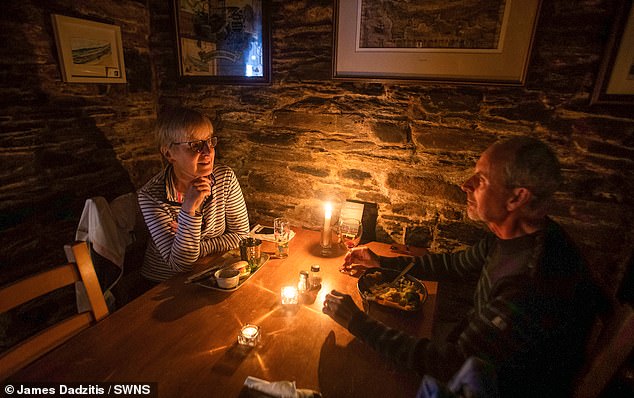 Customers enjoy the cosy candlelit atmosphere at the Masons Arms in Camelford, Cornwall 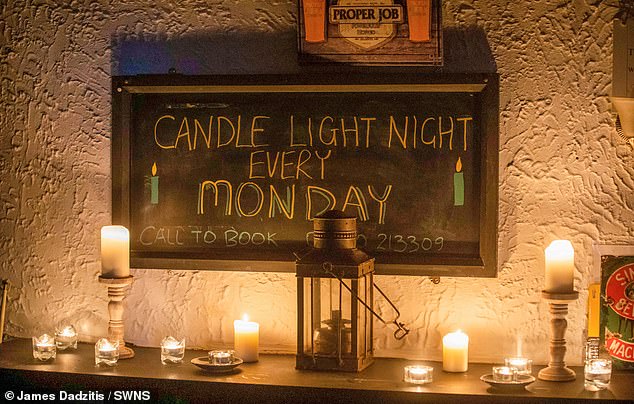 Venues say they are struggling to survive with the increased costs making running a boozer difficult. And some have come up with creative ways to stay afloat

She said: ‘When I opened the electricity bill I thought “how are we going to cope”.

‘It was really scary and we were so worried about how this winter was going to pan out – it’s a massive increase, our electricity bill isn’t much less than our rent now.’

An off-the-cuff comment from one of the local punters gave Ms Chawner-Woods the idea of candlelight Mondays.

She said: ‘I was moaning and cursing when I got the bill through when one of the locals turned around and told me to just turn the lights out, go back to the way it used to be.

‘So that got me thinking and now we’ve gone back to using only candles on a Monday, like how it would have been when the pub opened in 1753.

‘At 6pm we cut out all the lights – people really like it, we had 65 covers last Monday which is far more than we’d usually get on a Monday in October.

‘The atmosphere is great, everybody seems to like it – it’s romantic and people seem to talk to each other a lot more, it’s really lovely.’

It is too soon to say how much money their new scheme will save them, but Ms Chawner-Woods predicts that their next bill will be 4 per cent less – despite heading into winter.

Other measures they have taken include changing all their lightbulbs to LED, cutting down on fridge and freezers and not using electric heaters in the winter months.

‘The warmth of the candles actually means we don’t need the heating as much,’ Ms Chawner-Woods said.

‘It was toasty in here last month, so if demand continues we want to do it on another weekday as well.

‘It’s important that we do this because coming to the pub is a really important part of some of our locals lives.

‘It’s hard for everybody right now, not just businesses – everyone is suffering.

‘We want people to be able to come to the pub and spend some time in the warmth because it might actually be cheaper than heating their own homes.’ 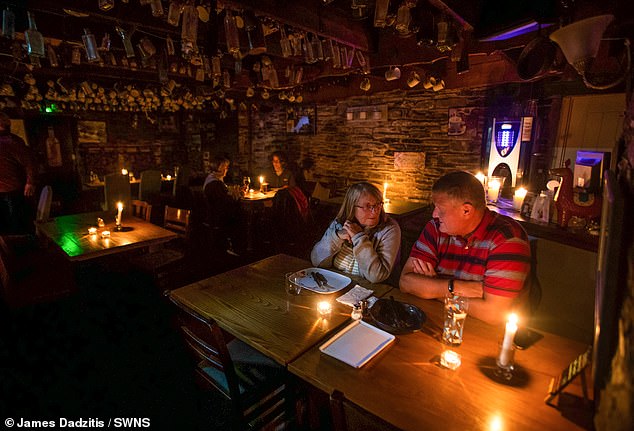 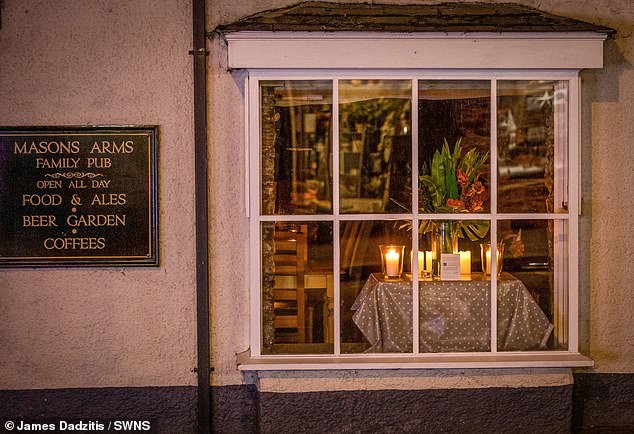 Landlady, Kate Chawner-Woods has been pushed to the limit by skyrocketing energy bills, after her August statement increased from an average of £700 in 2018 to over £3,000 this year 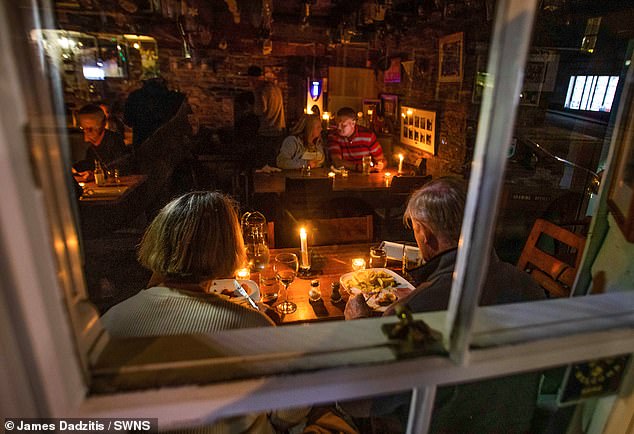 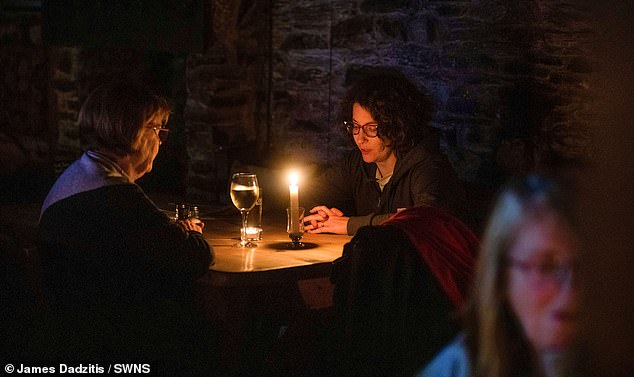 It is too soon to say how much money their new scheme will save them, but Ms Chawner-Woods predicts that the pub’s next bill will be 4 per cent less – despite heading into winter

The Cornish pub is not alone in its battle to remain open amid the soaring cost-of-living.

The Angel and Crown in Richmond, South West London, said it is facing its biggest financial challenge in its 400 year history.

The pub has decided to use candlelight in the evening, turning lights down during the day, and keeping the fireplace alight instead of turning the heating on.

Owner and manager Hannah Lawson said: ‘We’ve seen a 25 per cent increase on our bills, so we’ve had to put all of our prices up unfortunately.

‘In some ways the candles have created a nice atmosphere, but customers have noticed that we haven’t been able to put the lights on.

‘People can’t necessarily afford to go out right now, and hospitality is on the backburner – it’s seen as a luxury to be able to go out.

‘It’s a shame because people should be able to enjoy going out and doing nice things without worrying if they can eat – people work so hard and it’s been a terrible few years.’

Ms Lawson said they had been forced to add at least 30p to their pints, and raise food prices in order to stay open.

They have also been forced to close early on quiet nights and are looking at changing their opening hours.

Ms Lawson said: ‘It’s going to get to the point where we have to keep putting up our prices until it’s unaffordable.

‘We’ve already had some of our regulars stop coming in because they just can’t afford it anymore.

‘I hope for everybody that pubs survive, because for some people it’s the only conversation they have that day. It’s not just going out for a pint, it’s so much more than that.

‘I hope it blows over a lot quicker than we anticipate and we get back to normal.’

Other pubs said they were shutting on some week nights to keep costs down.

The White Hart Inn in Ludgvan, near Penzance, Cornwall, announced last week it was closing on Mondays and Tuesdays ‘until further notice’ because of ‘spiralling costs… during the current energy crisis’.

The St John Inn, near Torpoint, was only opening four days a week to save on electricity and wages, landlords Gill and Rob Berry said.

Doug Polman, of the Campaign for Real Ale Kernow, said he was ‘very worried’.

He said: ‘This last mini-budget has been a help, but we don’t know how far [yet].

‘We need to support our pubs, otherwise we will lose them.’