Don't like louts blaring out their loud music? Then get off the train!

Don’t like louts blaring out their loud music? Then get off the train! Transport chiefs brush off complaint from commuter over antisocial passengers

Transport bosses were criticised last night for appearing to give antisocial passengers the green light to blare out music on trains and buses.

Rather than promising action, Transport for London brushed off a commuter who pointed out the use of smartphones without headphones was becoming a menace.

‘People are permitted to listen or watch any form of media while travelling,’ was the response.

Incredibly, TfL also said that the next time she is annoyed by noisy music, she should get off the train and find a member of staff. 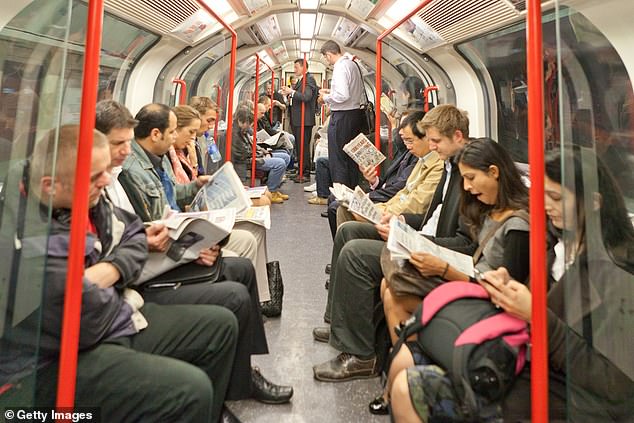 Beth McLoughin, 45, from Blackheath, South East London, a copywriter for a technology firm, said: ‘I suggested they could run a campaign similar to the ones a few years ago asking people not to play videos and music with the sound on.

‘I remember previous ads that asked people not to eat smelly food, and not to play music too loud with headphones on. Now they don’t even care if it is music straight from a phone. Everyone I know finds this a nuisance on public transport now, but without anything telling people not to do it, no kind of norm is being established.

‘The reply was a complete brush-off. It pretty much says it’s OK to blast out music.’

The noise caused by passengers listening to music, watching videos and playing computer games without headphones is often the top complaint to consumer groups after fare rises and delays or cancellations.

Susan James, from London TravelWatch, the capital’s transport watchdog, pointed out that TfL should be cracking down on the behaviour.

The terms and conditions for TfL’s travel card for young people, she said, ‘requires they don’t behave in a way TfL considers to be antisocial, including ensuring they are the only person that can hear their music’.

She added: ‘We would expect them to take the same view for all users of their services.’ 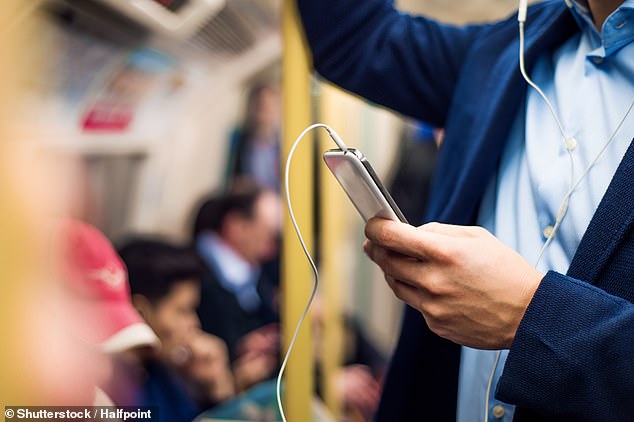 Bruce Williamson of pressure group Railfuture said: ‘Trains and the Tube are struggling to win back passengers.

‘Anything to make it more pleasurable the better – so insisting on headphones for music seems a sensible idea.’

The reply to Beth from TfL read: ‘Please be aware that people are permitted to listen or watch any form of media while travelling. The only thing we would ask is that they don’t use excessive volumes while watching or listening to their chosen media.

‘I recommend that if you experience issues with someone playing music loudly, you get off the train and let a member of staff know.’

A TfL spokesman said: ‘We frequently remind our customers to act in a considerate and responsible manner.’