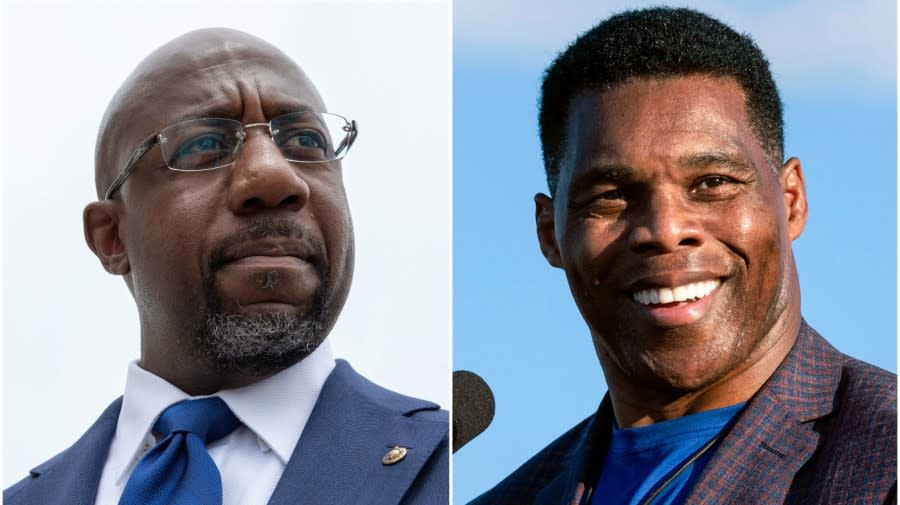 Early voting is underway in Georgia in what promises to be an intense week-and-a-half of campaigning between GOP Senate candidate Herschel Walker and incumbent Democratic Sen. Raphael Warnock.

Walker and Warnock were forced to keep campaigning through to the Dec. 6 runoff after neither candidate won more than 50 percent of the vote in their closely watched midterm general election, and have since ramped up their campaign ads and fundraising efforts.

A Warnock win would mean Democrats increase their razor-thin majority in the Senate, while a Walker victory would keep their total to 50 seats, with the tiebreaker vote from Democratic Vice President Kamala Harris.

Even though Senate control is not on the line, as many predicted it would be, Georgia is seeing high early voting turnout in the runoff.

Data from the Georgia Secretary of State’s website showed early Sunday that some 90,000 voters had already cast their ballots just a day after early voting opened in some Georgia counties — after the Georgia Supreme Court denied a Republican bid to block Saturday early voting.

More Georgians voted on Sunday than on any Sunday in the 2018, 2020 and 2022 general elections, or in the 2021 Senate runoff, according to Warnock’s campaign director Quentin Fulks. The Hill has reached out to the Georgia secretary of state for confirmation of that data. 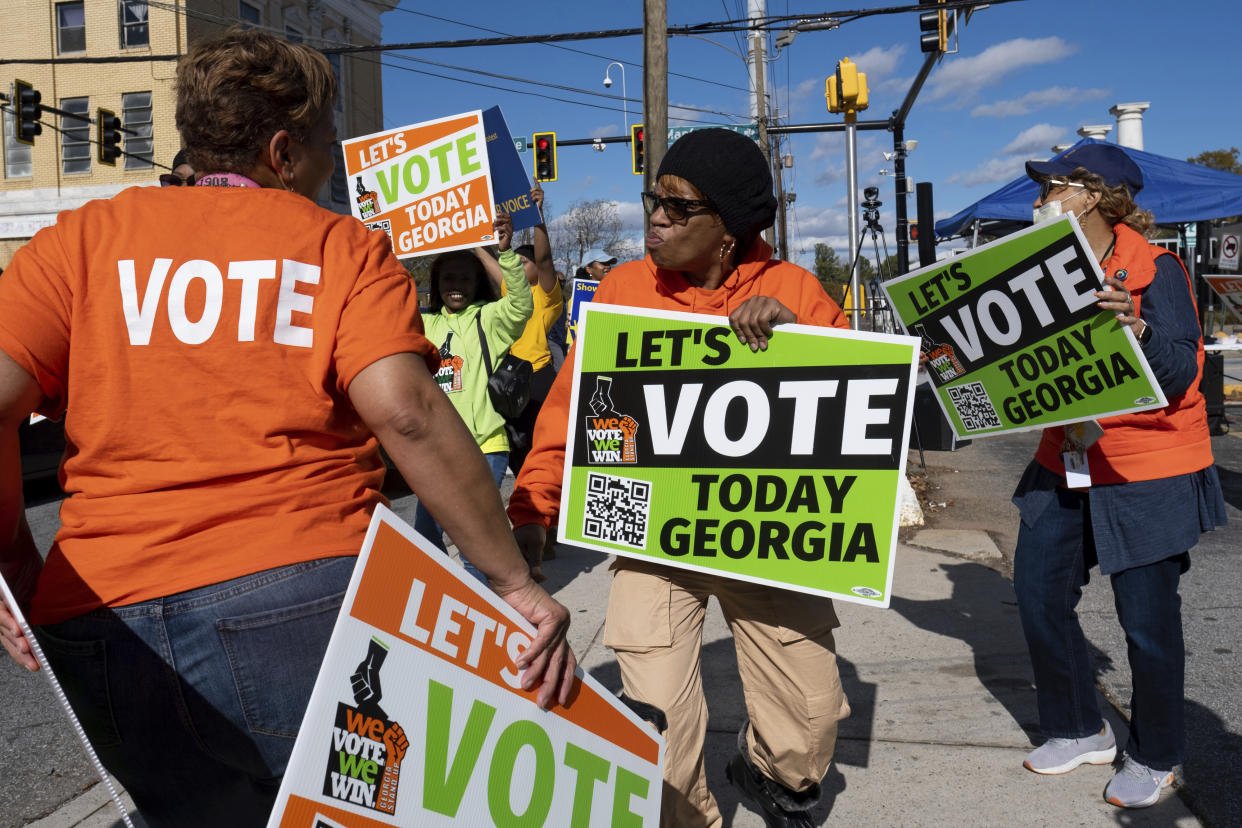 Georgia boasted record voter turnout throughout the midterms, with more than 143,000 votes cast on the first day of early voting before the general election.

Warnock has urged Georgians to “show up again” to reaffirm the slim 1-point lead he saw in the general election.

However, a poll released last week by AARP put Warnock ahead by 4 percentage points, though Walker was leading among voters older than 50.

As of Nov. 16, Warnock had nearly three times as much funds at the ready as his challenger, according to a report from CNBC.

The campaign rhetoric has also ramped up again as the runoff approaches.

Warnock has said the former NFL star “majors in lying” and “ain’t serious,” while Walker has called the incumbent a “hypocrite” and accused him of bending to Democratic leadership, according to the Associated Press.

Warnock touted his character in a new television ad, after Walker has defended himself against abuse allegations from his ex-wife and claims from a former girlfriend that he paid for her abortion.

“Character is what you do when nobody is watching. It’s about doing the right thing simply because it’s the right thing, and doing it over and over again,” the Democrat says in a recent ad, without naming Walker.

But the Democrat has more directly knocked Walker for his apparent contradictions regarding abortion.

Walker’s supporters, on the other hand, have released an ad accusing Warnock of mismanagement of an Atlanta apartment building with a link to his church.

For the latest news, weather, sports, and streaming video, head to The Hill.