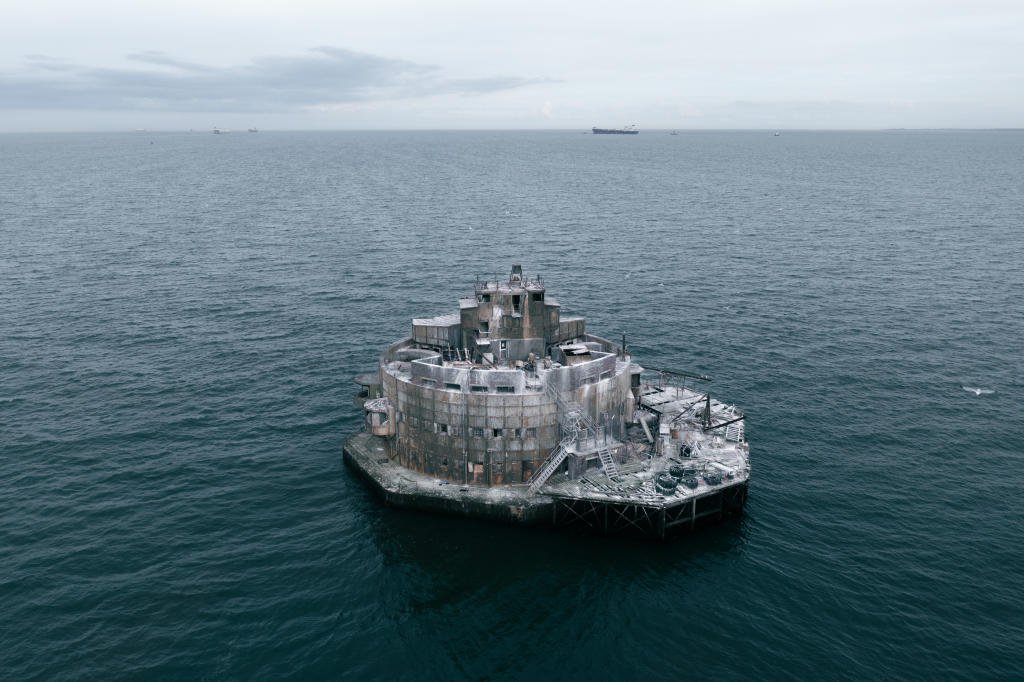 Fed up of your neighbours?

Described as a ‘detached’ home, a Grade II listed sea fort has landed on the market with an asking price of £50,000.

As you might have guessed, said property is indeed in the sea, and is only accessible by a private boat.

Bull Sandfort was constructed between 1915 and 1919 in the Humber Estuary for naval sea defence during World War I, and used in World War II.

Now, it’s on the market for a rather bargain asking price of £50k – but the Rightmove listing notes that it’s in need of some refurbishment.

That’s true – if you want to live in the fort, you’ll need to do quite a bit of work to make it homely.

At the moment, it’s a rather sterile space, reinforced in concrete and fitted with 12 inches of armour on the seaward side.

While in World War II it was armed with massive guns, those have been removed – but there’s still room for a garrison of 200 men.

There are three floors, with a basement and magazine below sea level, and a central two-storey observation tower (perhaps you could put your main bedroom up there?).

Fresh water supply is available via a well, and there’s a balcony and a jetty, so you can sail back to land when you need supplies (a boat is not included in the sale and you’ll need to get your own).

That trip to the mainland is worth considering – it’s about 1.8miles to the end of Spurn point – as you’ll need to pop back whenever you need groceries. We doubt Sainsbury’s will deliver.

Fancy putting in a bid? You can find out more through the Rightmove listing.