Meghan Markle gave a short speech at the opening ceremony of the One Young World summit in Manchester on Monday. Prince Harry was also in attendance as the Duchess gave her first UK speech since stepping down as a senior royal in 2020. TalkTV guests Nicola Thorp and Mike Graham clashed on Monday’s The Talk as they discussed the notable address.

She began: “Let’s be evenhanded about this. She’s trying to do a good thing in a good place with young people. Is it necessary to decry her for these efforts?”

Nicola argued: “I think there’s been an unfair amount of scrutiny on Meghan.

“At the end of the day she’s just doing a speech at a charity event as many celebrities do.

Read more: Lorraine Kelly in brutal take down of Meghan’s The Cut interview 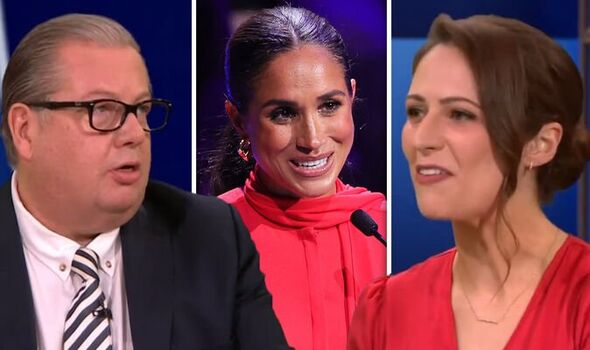 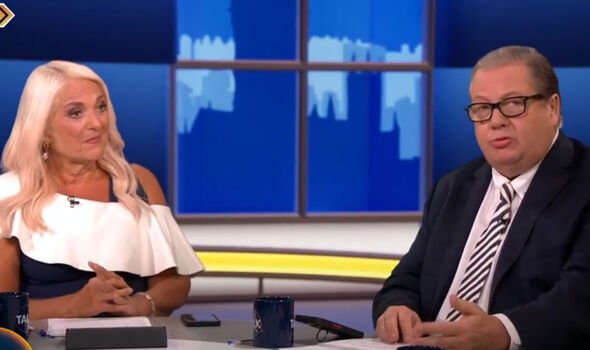 “Many serving members of the Royal Family do and she did a fantastic job.

“It’s very American, it’s very [like a] acceptance speech but I think there has been an unfair amount of scrutiny on this address.”

In the speech, Meghan said: “It’s nice to be back,” but Mike questioned this comment. 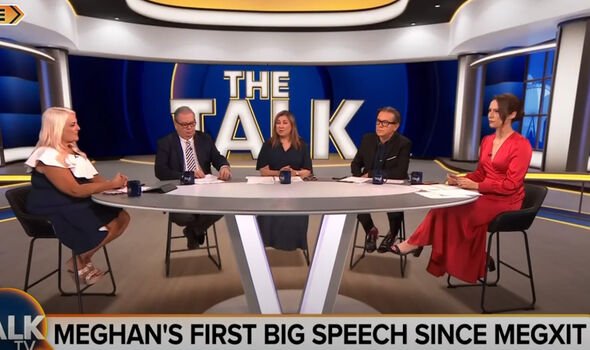 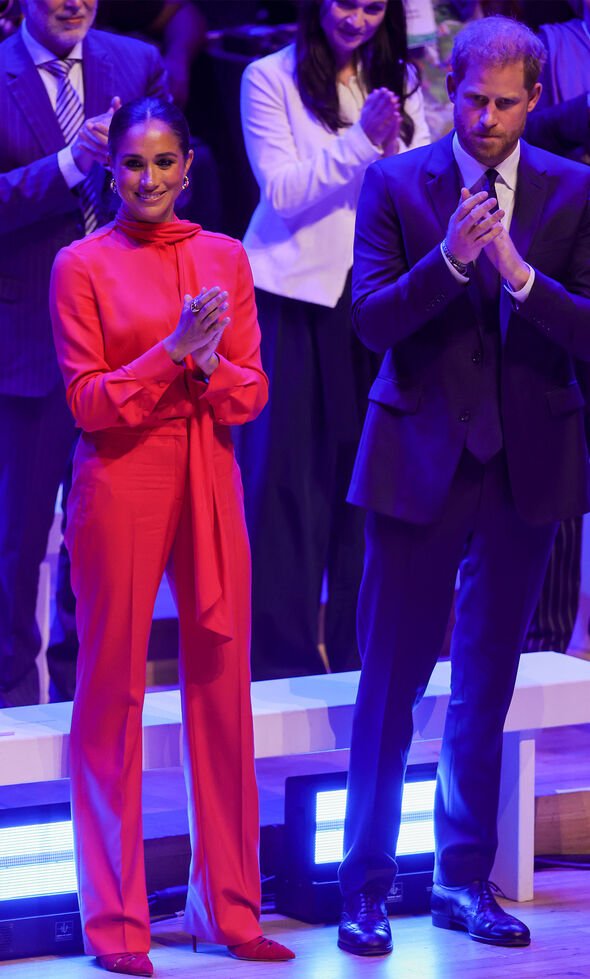 “[She’s so happy] to be back in Britain, the racist country that she had to leave because she couldn’t stand living here.

“She said she didn’t even know what it was like to be a Black woman until she came here.

DON’T MISS
‘What was she hoping to achieve?’ Meghan blasted in US over podcast [INTERVIEW]
‘Harry’s job was to be Wills’ wing man’ Paul Burrell slams Sussexes [INSIGHT]
Denise Welch in furious row on Loose Women ‘Meghan can do no right!’ [VIDEO]

“I don’t know anybody young who looks up to her and thinks, ‘I wish I was like her.’”

Sharing his opinion, Kevin said: “There’s nothing wrong with what she did today and they even took the trouble to go by train. Very humble of them both Harry and her.

“Nothing wrong with the speech she made and the cause she’s representing there but of course, the backdrop to her visit here and Harry’s visit is incredibly rancid.”

The TalkTV panellist referred to Meghan’s recent interview in The Cut magazine and accused the Duchess of “creating false narratives with fake pantomime villains”.

Opening the summit in Manchester, Meghan addressed delegates from 202 countries and territories.

The Duchess said: “You are the future … you are the present.”

“You are the ones driving the positive and necessary change needed across the globe now, in this very moment.”

The Talk airs on TalkTV on weekdays at 9pm.