DON’T dump your cats and dogs this Christmas, RSPCA begs Britons amid fears families struggling with cost-of-living winter squeeze will abandon their pets

The RSPCA said it is ‘begging’ people not to dump their pets amid rising concerns about neglect and abandonment.

The animal welfare charity said it has seen a 25% rise in the number of abandonment incidents being dealt with by its rescue teams this year, as well as a 13% rise in neglect incidents.

It said it is working hard to keep pets in loving homes this Christmas by providing support to those struggling.

The charity is appealing to people who are in a position to donate to join the Christmas Rescue at a time when the charity says ‘any contribution could make the difference between life and death for animals this winter’. 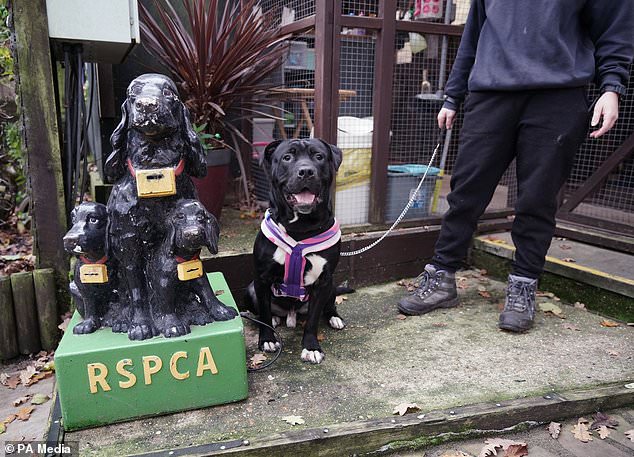 Major, a one-year-old Staffordshire bull terrier cross, was given up for adoption after his owner could not afford him 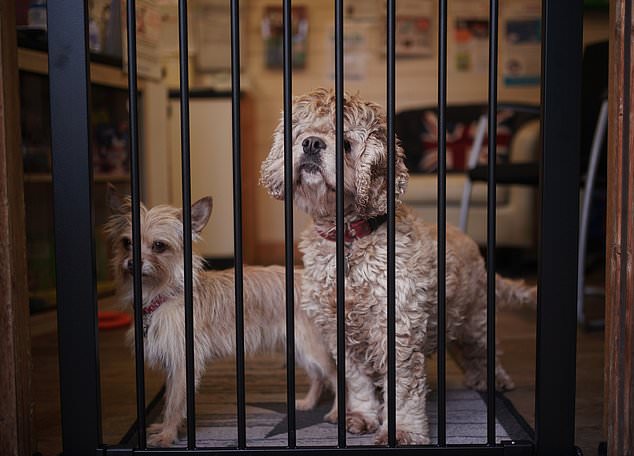 Tim, left, was given up for adoption because his owner was ill, while Issy was abandoned in a property after her owner left the country

The RSPCA said in recent weeks alone, its teams have rescued three eight-week-old puppies, including one who died, dumped in a food waste bin in Kent, four puppies dumped in a garden in Warrington, and a puppy in a carrier bag in West Yorkshire.

It has also rescued five puppies with their umbilical cords still attached abandoned in a box in London, two cats who had been abandoned after giving birth to kittens in the West Midlands, and nine rabbits dumped in a wheelie bin in Nottinghamshire.

The RSPCA’s most recent figures show that to October 2022, RSPCA rescuers dealt with 13,159 incidents of abandonment – up from 10,519 for the same time period the previous year.

Dermot Murphy, who heads the RSPCA frontline rescue teams, said: ‘We’re extremely sympathetic to anyone struggling with rising costs at this difficult time but we’re begging people not to dump their pets.

‘It is never the answer. Please, please ask for help.

‘We’ve sadly seen a shocking rise in the number of incidents of animal abandonment and neglect our rescuers are dealing with.

‘My fear is that we’ll see increasing cases of animals neglected and abandoned this Christmas as families struggle with soaring bills. 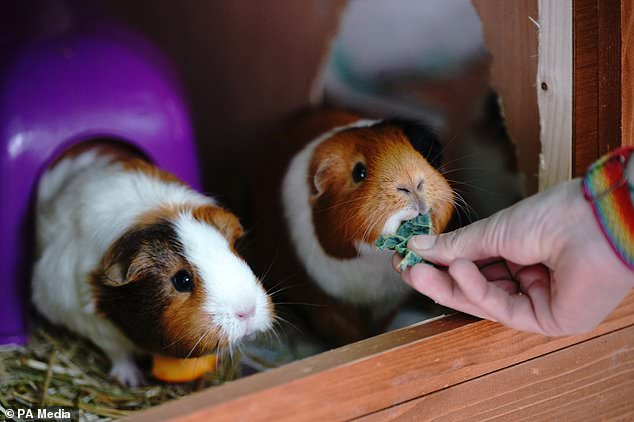 ‘We are doing what we can to help, especially trying to keep pets in loving homes, but we are struggling too.

‘Our branches and centres are full to bursting and we have hundreds of pets waiting to get in. We really need animal lovers to help us get through this crisis time.’

RSPCA pet food banks are helping struggling owners in a scheme that has seen branches partnering with local food banks.

Tens of thousands of meals have already been donated, transported and given out. 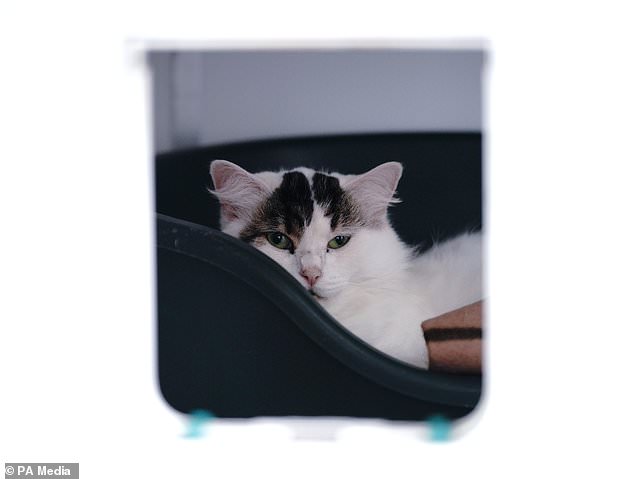 The charity says it is facing additional challenges this year because of rising prices, and Mr Murphy added: ‘All of this means we are facing a perfect storm of animal suffering this Christmas and animals risk paying the ultimate price of this crisis.

‘Growing numbers of pets are hungry, sick, neglected – and running out of time. That’s why it’s vital that our animal rescue teams can be on the road and ready to rescue animals this winter.

‘We’re appealing to people who are in the position to donate to please join the Christmas Rescue at a time when any contribution could make the difference between life and death for animals this winter.’