Skincare ingredients to avoid if you have rosacea 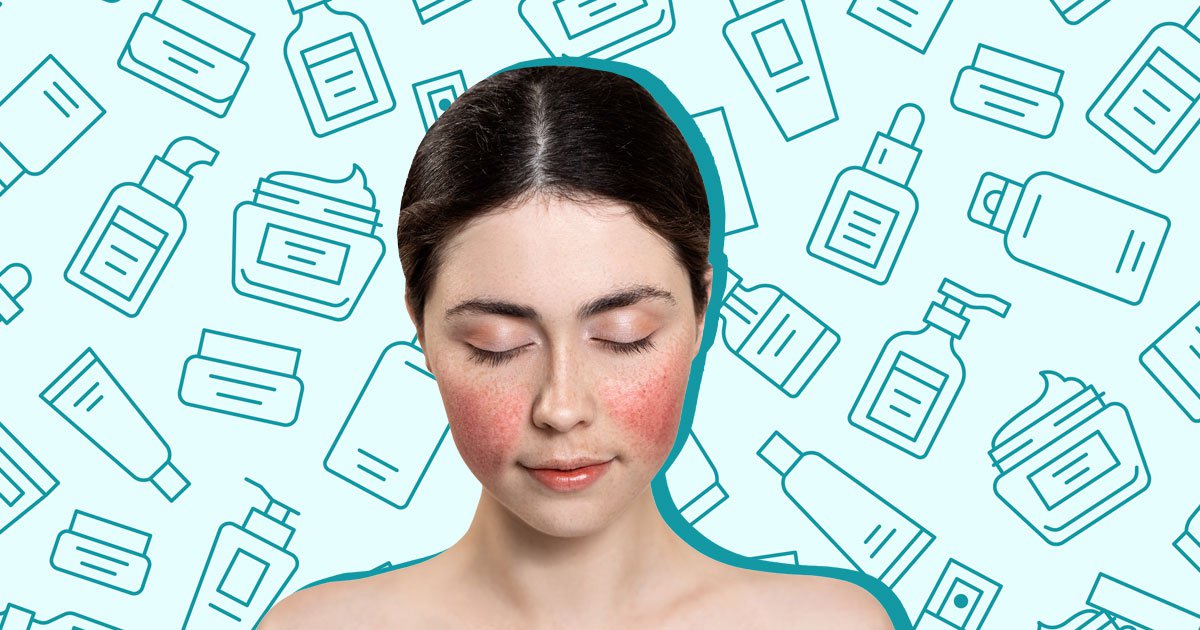 Whether it’s down to stress, rising temperatures or irritation, rosacea flare ups can be a real problem.

Characterised by inflamed, red or purple patches on your skin, usually on the cheeks and nose, rosacea is a condition that causes blood vessels to enlarge, often triggered by stress, temperature, diet or inflammatory skincare ingredients.

While managing stress and looking out for things like caffeine, alcohol and excess sunlight, which could trigger rosacea symptoms, are vital, making sure your skincare routine is on point is a must.

These are the ingredients you should be avoiding:

Seven skincare ingredients to avoid if you’re prone to rosacea

Alcohol is an ingredient that should be avoided by basically everyone – sensitive skin, or not.

‘Although there are some small benefits to using alcohol as an ingredient, the negative effects of alcohol far outweigh the pros,’ says Brown.

‘Such effects include dryness, damaging the skin surface, and diminishing your skin’s natural ability to replenish.’

Don’t be fooled by the short-term benefits of witch hazel, because they’re just that.

‘For those who suffer from rosacea, witch hazel is commonly known to cause irritation,’ says Brown.

‘It’s often mixed with alcohol during the distillation process.’

‘It may provide a short-term solution to your skincare problem but is likely to cause more issues in the long-term.’

If you have sensitive skin, you likely already know that scented ingredients are likely to cause a negative skin reaction.

‘It can be tricky to tell from the ingredients list whether a product contains fragrance, as there are many different types, with many different names,’ says Brown.

‘It’s best to choose fragrance-free products if you have rosacea.’

Though menthol is usually associated with being soothing and cooling, it has the opposite effect on sensitive skin.

Brown says: ‘Menthol has a sensitising effect on the skin, meaning that skin is likely to become irritated rather than calmed.

‘Menthol is also an alcohol, which comes with its own issues as I mentioned earlier.’

Peppermint, or any form of mint oil, is likely to be irritating for sensitive skin, explains Brown.

‘This is because mint oil is generally quite potent and therefore a common trigger for sensitive skin – whether it’s rosacea or dermatitis,’ she says.

Similar to mint oil, eucalyptus is likely to be very fragrant, and therefore, very irritating.

‘Despite its antibacterial properties, eucalyptus is also a very fragrant oil, so it’s an ingredient to avoid for rosacea sufferers,’ says Brown.

Finally, there’s Benzoyl peroxide, an ingredient used to treat acne that is often in many over-the-counter and prescription rosacea treatments.

However, says Brown, ‘Benzoyl peroxide is an irritant, so it’s worth giving it a wide berth as it may exacerbate symptoms.’