What celebrities look like with mullets and shag haircuts 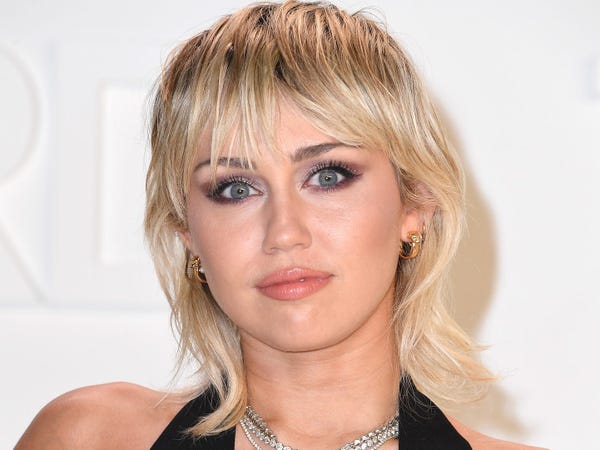 Mullets and shag haircuts are two of the most popular beauty trends of 2020.

Not only have YouTube stars and TikTok users popularized the styles in recent months, but celebrities also seem fond of the trend. Miley Cyrus has been sporting a mullet since 2019, and Rihanna embraced the look for her Savage X Fenty fashion show this fall. Halsey, on the other hand, occasionally rocks the shag haircut.

Here's what Cyrus, Rihanna, and other Hollywood stars look like with the controversial hairstyles.

Jane Fonda alternated between mullets and shag haircuts in the '70s. 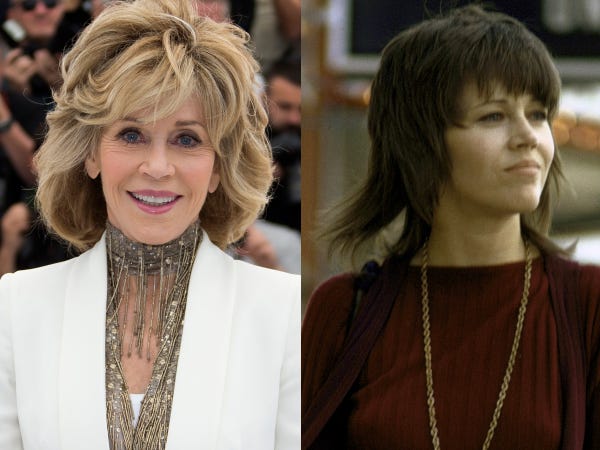 Though mullets have a deep history that goes back to prehistoric people, Ancient Rome, and indigenous people, according to Dazed, the hairstyle became most popular amongst celebrities in the '70s and '80s.

Surprisingly, one of the most popular images of a celebrity's hair from that time is Fonda's mugshot from 1970, when she was arrested for carrying vitamins that airport security thought were drugs, as she wrote in an essay on her website.

Vogue previously said Fonda's mugshot "started a beauty revolution," as her dark hair was "part-mullet, part-shag." The style created a punk look, according to the publication, that was "a little unhinged, and entirely untamable."

Rob Lowe also embraced the trendy look in the '80s. 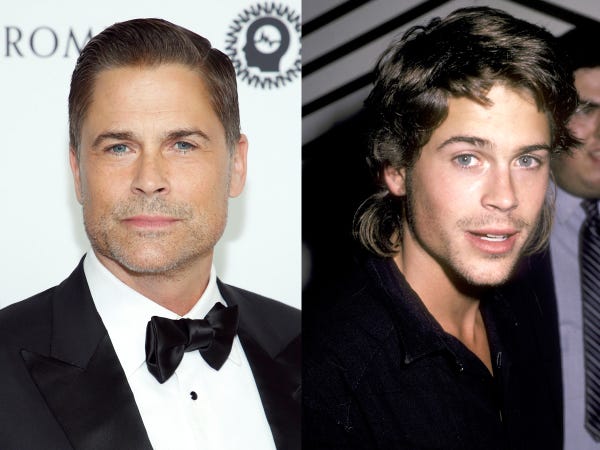 Lowe's mullet was on the shorter side, with small bangs that barely crossed his forehead and longer strands along the back of his neck.

After mullets disappeared in the '90s, Scarlett Johansson brought the style back in 2003. 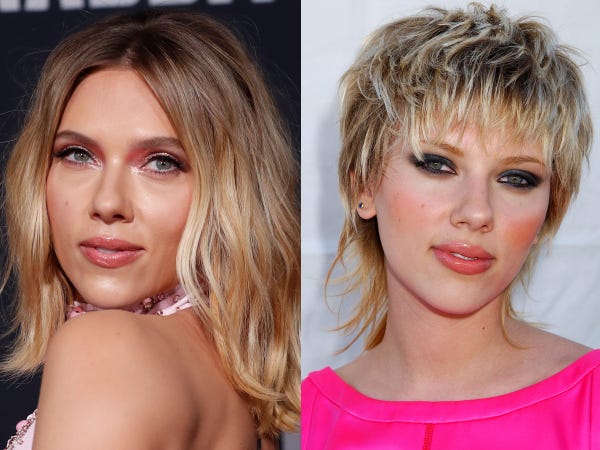 After spending nearly two decades in the spotlight, mullets "quickly became taboo" in the '90s, according to Dazed. At the time, people began to see the haircut as a representation of being dirty and having a low income, the publication reported.

Despite divided opinions on the look, Johansson brought the hairstyle back in 2003 with a modern twist. Her blonde hair showed dark roots, which was extremely popular in the early aughts. 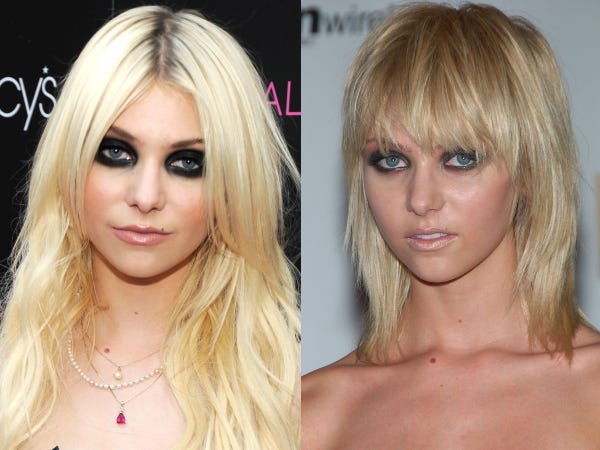 In a previous interview with Insider, hairstylist Ocean McDaeth described mullets as being a "cousin to the shag" haircut, which is meant to have "a lot of texture and layers" on the top of the head.

In 2008, Momsen debuted that exact style at a Condé Nast event in New York City. She wore straightened bangs that led to layered strands around her ears — giving the effect of a mullet without requiring any major chopping.

Kanye West experimented with a unique mullet in 2009. 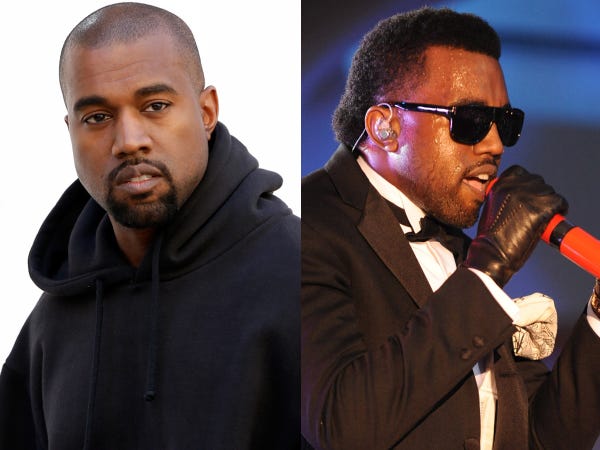 Though the rapper usually sticks to buzz cuts, he briefly wore a short, curly mullet at the start of 2009 for a variety of performances. 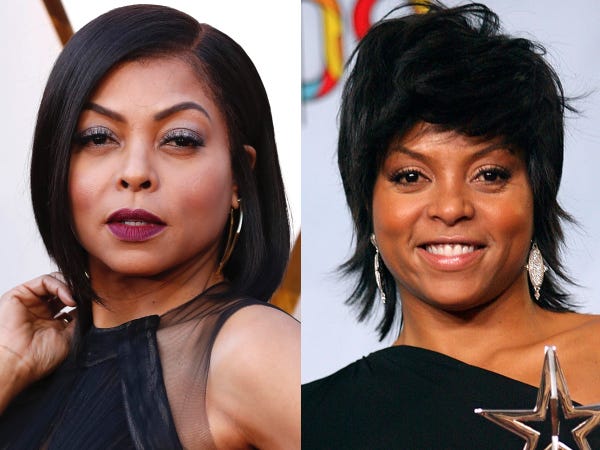 At the 2009 BET Awards, Henson walked the red carpet with sleek, straight hair that was shorter in the front and longer in the back. She made the shag hairstyle her own by wearing her bangs swooped to one side, and her long strands flared outwards.

Rihanna, on the other hand, went for a more drastic look with her dark mullet in 2013. 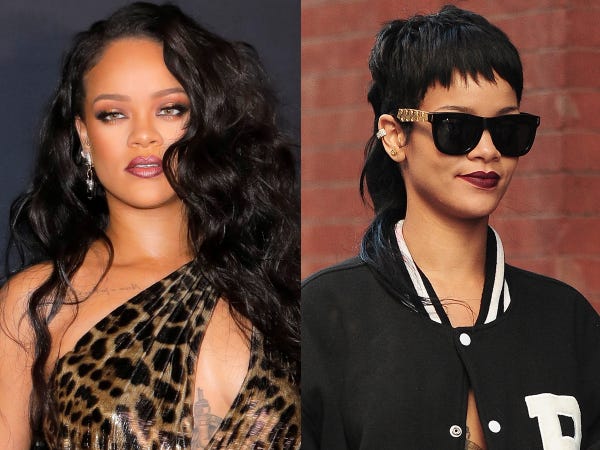 While walking around New York in September 2013, Rihanna was photographed with a mullet that included wispy bangs, and much longer strands of hair that extended beyond her shoulders.

The musician and Fenty founder recently wore a mullet again, as seen in a promotional video for her 2020 Savage X Fenty fashion show.

Zendaya opted for a traditional mullet at the 2016 Grammy Awards. 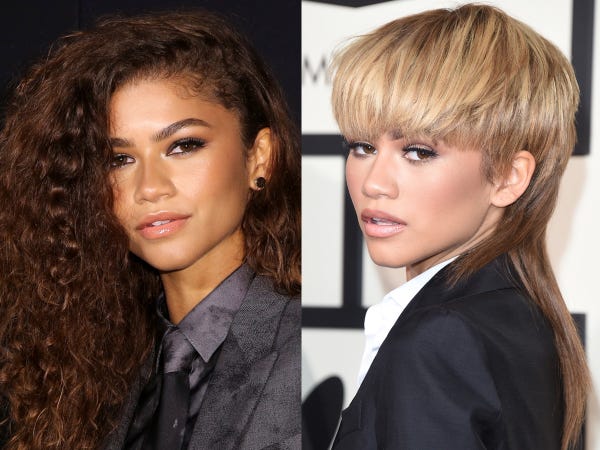 Her bold hairstyle was blonde up top and a medium-brown shade on the bottom. Zendaya paired the look with a black tuxedo and peep-toe heels.

Halsey can rock just about any hairstyle, but the mullet-inspired shag really suits her. 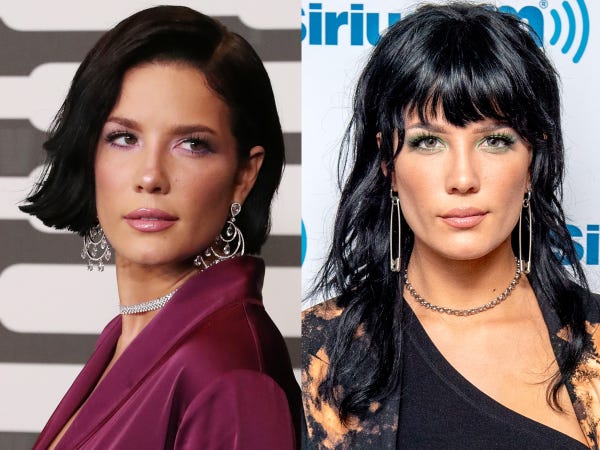 She wore eyebrow-length bangs and layered, textured waves while visiting SiriusXM Studios on May 22, 2019. The shag haircut she had at the time was a lot different than the bobs and buzz cuts Halsey is usually seen wearing.

Billie Eilish debuted a neon mullet in 2019 — by accident. 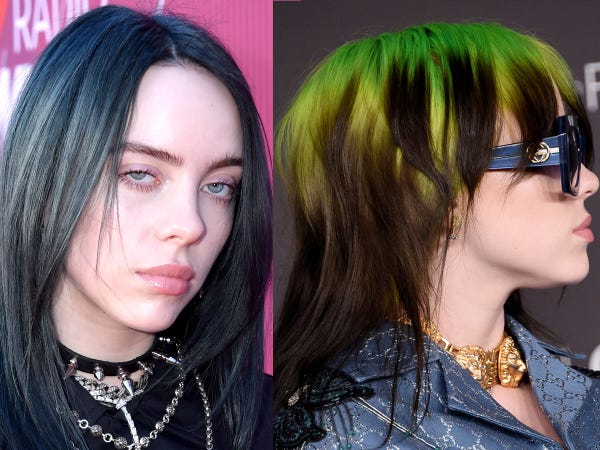 On November 2, 2019, Eilish attended the LACMA Art + Film Gala with a brown mullet that was dyed neon green at the roots. As Insider's Anneta Konstantinides previously reported, the young musician "was quickly praised for making the daring cut 'look so cool.'"

When approached by a TMZ reporter after the event, however, Eilish said she never intended on having a mullet.

"All your fans are loving the mullet, are you gonna start a trend now?" the TMZ reporter asked.

She went on to say that people were "mean" to say her hairstyle resembled a mullet, and added: "No, listen. You know what happened? Somebody dyed my hair and they burned half of it. So now it looks like a mullet. That s— is not on purpose though."

Miley Cyrus has been rocking a mullet for months after getting a shag haircut from her mom. 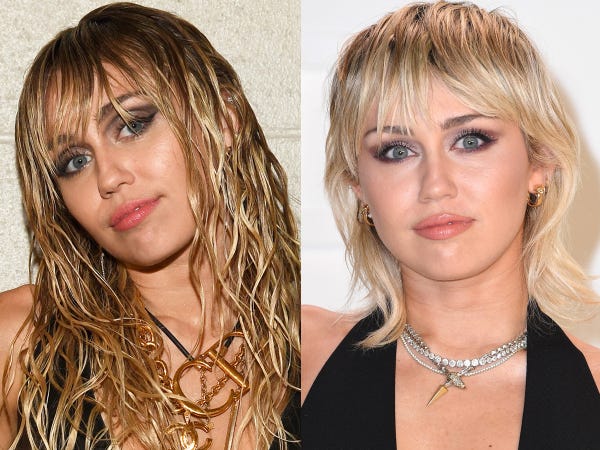 In November 2019, Miley Cyrus got a choppy haircut from her mom, and later had celebrity hairstylist Sally Hershberger touch up the look. The end result was a mullet that Cyrus has been rocking ever since. By April 2020, some even compared Cyrus' hair to that of "Tiger King" star Joe Exotic.

Barbie Ferreira showed off her mullet with an Instagram selfie at the start of 2020. 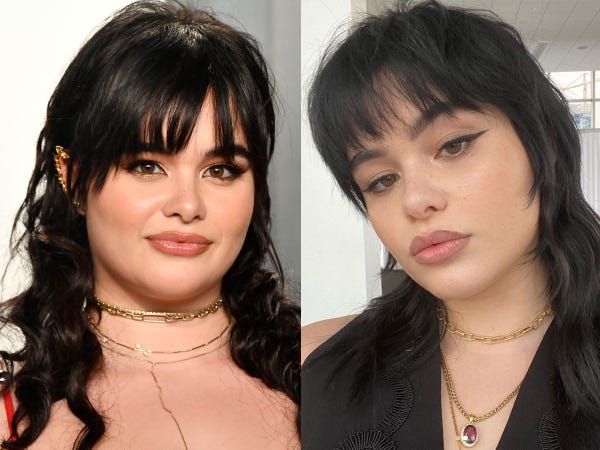 Mullets and shag haircuts have become a staple of the "Euphoria" star's look. She usually wears her hair with choppy bangs, mid-length sideburns, and long waves in the back of her head.