What You Need to Know About Extreme Weight Loss

A slow-and-steady approach to fitness and weight loss is generally your best course of action. No death-march cardio. No extreme, ultra-rigid diets. Enjoy some fro-yo once in awhile—it won’t kill ya. A four-pack and a little fun beats the hell of out of an eight-pack and a life of deprivation.

But now and then, you might get a little desperate. Maybe you’re getting married. Or maybe you’re sick of how things are and need a big change to jumpstart you into that slow-and-steady process.

Instead of diving down the faddish rabbit holes that crop up daily on the worldwide web, start with basic strategies most of us already know–and then do them more aggressively. You’ll shed pounds while maintaining muscle and performance. Here’s how to pull off warp-speed weight loss without losing your muscle—or your mind:

Move More Throughout The Day Instead of Chasing Tons of Cardio

You think cardio’s the answer with all weight loss, so you could spend hours upon hours running and jogging and biking. But the smarter approach is this: Increase your low-intensity physical activity throughout the day. And on alternate days, perform strength training and low-to-medium intensity aerobic work.

Too many guys still think of exercise as “anti-food,” hitting the treadmill in the morning in hopes of burning off last night’s pasta and cheesecake.

Surprise: exercise isn’t the biggest caloric burner in the average guy’s day. That honor goes to walking, housework, hiking with your dog, and other low-intensity movement. “Scientists call it NEAT– non-exercise activity thermogenesis–but it’s really just a fancy term for moving around more throughout the day,” says exercise physiologist Dr. Mike T. Nelson, founder of The Flex Diet, a modular system for maximizing performance and body composition. So step one when you’re looking to lose is to increase those activities.

Add in Weights for Best Results

Both approaches are essential when you’re trying to lose fat and gain muscle, so strive to hit the weights on nonconsecutive days three times a week, and low-to-moderate intensity cardio on three other days. But if you miss a workout, never fear: for all but the most gung-ho athletes, NEAT burns more calories day to day than your gym sessions. It also spares your joints, and might even earn you a few points from the people you live with, Spot included. Score. 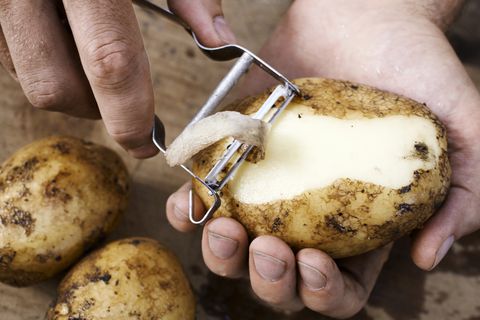 You’ve seen this one before: You cut out pasta, rice, cracks, potatoes, bread, and corn, and basically never eat anything that you might actually want. Carbs are the enemy to swift weight loss, the theory goes, so you have to get them near zero.

The better approach however, is to match your macros. Every few decades, it seems, a different macronutrient gets blamed for all that ails us. In the 80s it was fat. By the 2010s, carbohydrates were firmly in every dieter’s crosshairs, and remain there to this day–though you can start to see the tables turning on protein of late as well.

Don’t fall for any of it. We need all three of these macronutrients for optimal health, performance, and body composition. While there are no “essential” carbohydrates (as there are essential fats and amino acids, for example), carbs are critical when preserving muscle and strength are among your goals.

As noted above, regular strength work should most definitely be on the docket when you’re trying to lose fat. While you’re unlikely to gain muscle if you’re dieting hard, you’ll hold onto the sinew you have, thus keeping your metabolism and athletic performance up to par as you drop the pounds.

A smarter choice than cutting all starches, says Nelson, is to “match your macros”: go easy on the starches on your rest days and your cardio days, but include them before and after your strength training and high-intensity sessions. You’ll perform better, feel better, and ultimately lose more fat. 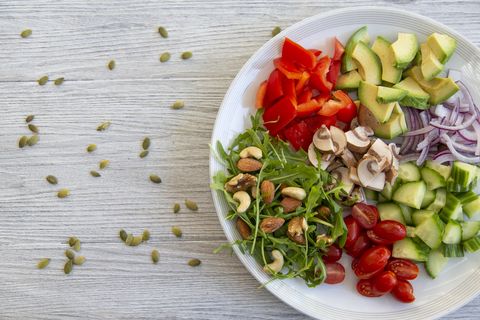 In theory, if you reach a level of ketosis, your body shifts to burning fat as its primary source of fuel, exactly what you want. Thing is, it’s not always easy to get to that level of ketosis. And again, you’re cutting out the carbs, which hurts your muscle fuel.

For people uninterested in strength and power, a keto diet (high fat, moderate protein, super-low carbs) can work fine. But if you’re trying to hang onto muscle and maintain your strength while you burn off the fat, it’s not your best bet: carbs and protein are necessary to perform your best and recover from activities that build and maintain muscle.

Focus on Animal Proteins, and Everything Falls Into Place

A better choice: base each meal around muscle-building animal proteins like fish, chicken, whey protein, and lower-fat cuts of red meat: “Research has shown that it’s almost impossible to overeat protein and get fat,” says Nelson. Compliment that with a wide variety of veggies, some fruit, and whole-food starches around your strength and sprint workouts.

One thing keto devotees get right: healthy fats are a good idea—so eat some nuts, avocados, and fish oil regularly. “Don’t run from fat,” says Nelson. Still interested in going keto? Consult a doctor, he advises: it’s a tough one to get right. 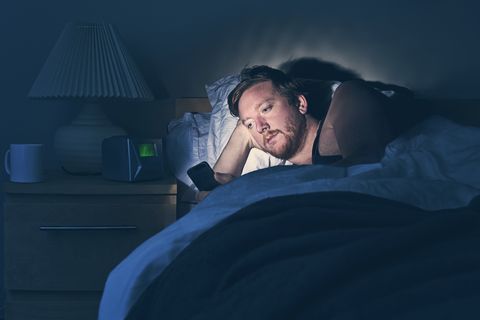 Recommending sleep to someone trying to burn off a gut seems counterintuitive: shouldn’t you move as much as possible? And doesn’t caffeine help in those efforts? That’s why it’s easy and convenient to some people to stay up as long as possible, shot up on caffeine, in their efforts to lose weight.

But that only works up to a point. Sleep and metabolism are joined at the hip. “After just a few nights of poor sleep, your metabolism starts to resemble that of a diabetic,” he says. Blood sugar goes up. Insulin sensitivity—a measure of your ability to metabolize carbohydrates—plummets. Appetite regulation spirals, too, so it’s harder to tell when you’re hungry and when you’re full.

So along with your efforts in the gym and the kitchen, be sure you’re giving your body a break when the sun goes down. Read in bed instead of watching Netflix. Take an early morning stroll (the natural light helps reset your body clock so you’re sleepier at bedtime). You’ll beef up your fat-burning ability—and you’ll be more productive and alert during your waking hours too.