President Trump isn’t the only one leaving the White House … honest, Abraham Lincoln‘s been escorted out of the West Wing, for some reason.

Three people, presumably White House staffers, were seen slipping out a side door Thursday with a bust of our 16th President. The odd sight definitely caught the attention of the U.S. Marine standing guard, as his eyes seemed to say what we’re all thinking — where the hell ya going with Lincoln??? 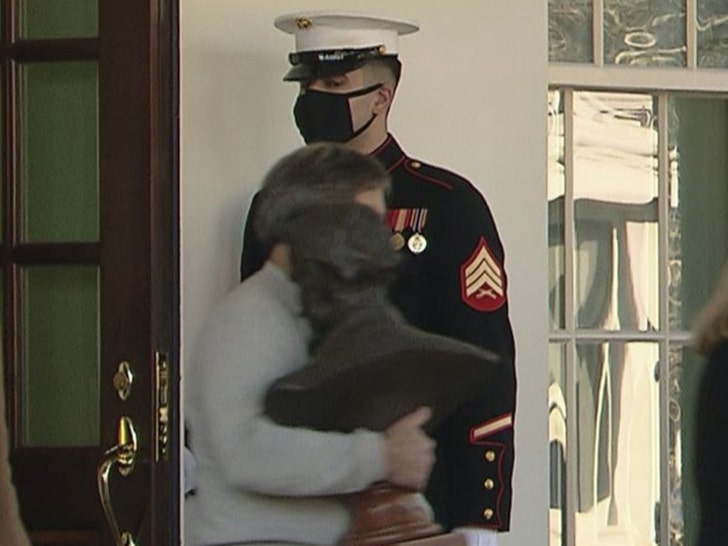 Trump, as you know, loves to bring up Abe’s name to pat himself on the back … often saying he’s done more for African-Americans than any Prez since Lincoln. It’s possible the sculpture is a personal item Trump brought when he moved into the White House.

Of course, Trump and staffers are prepping to move out of 1600 Pennsylvania Ave to make room for President-elect Joe Biden — but, as far as we know, ya don’t get to take art pieces as souvenirs.

We’ve reached out to the White House … no word back so far.